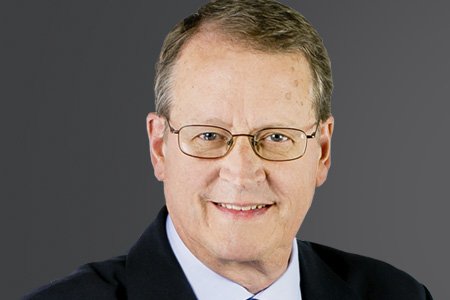 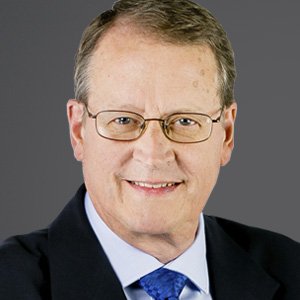 International speaker and author of The Great Turning Point

Terry grew up in a church-going family. But it wasn’t until the spring of 1972 during his first year at the university that he trusted Jesus Christ as his Lord and Savior through the witness of a staff member of Campus Crusade for Christ. A few weeks later he encountered two books by Drs. Henry Morris and Duane Gish exposing the lies of evolution and millions of years, and from then Terry started reading everything he could on apologetics.

During his summer assignment on the staff of Campus Crusade in 1979, he heard a lunchtime lecture on creation and evolution by Dr. John Baumgardner. (This was before Dr. Baumgardner studied for his PhD in geophysics and became a well-known creation scientist). Dr. Mortenson asked Dr. Baumgardner if he could purchase a copy of his 35mm slides and the manuscript of his lecture. Armed with this resource, Dr. Mortenson started speaking on the subject. During his nearly 10 years of covert missionary work in communist Czechoslovakia (1980–1989), he had only one opportunity to give that lecture, but the talk and the slides were translated into Czech and used by others in the country. Over the years, Dr. Mortenson continued to study the scientific evidence in confirmation of the truth of Genesis.

Having read much creationist scientific literature over the previous 15+ years and while in seminary (1989–1992), Dr. Mortenson used every course he could to deepen his understanding of the biblical and theological side of the origins debate and improve his ability to refute various compromise views of Genesis in the church. He also had a few opportunities to speak on the subject. His PhD research (1992–1996) gave him time to more deeply study the historical and philosophical roots of this controversy and to speak in a few schools and churches. During these years, Answers in Genesis also became aware of his research, which later led to an invitation to join the AiG staff as a speaker and writer.

After receiving his PhD in 1996, Dr. Mortenson moved his family to Hungary where he served on a Campus Crusade team, providing biblical and theological education for Campus Crusade staff all over Eastern Europe and the former Soviet Union. In the courses he taught, Dr. Mortenson had many more opportunities to teach and defend the truth of Genesis chapters 1–11 and was also able to give some public lectures in secular universities in a number of those countries. Just before he left Campus Crusade to join AiG in 2001, he had his first formal debate with an evolutionist—the head of the biology department at the University of Tirana in Albania.

Like most people, Dr. Mortenson grew up in an education system that taught evolution as fact. During his first year at the University of Minnesota (where he majored in math) and shortly after becoming a Christian, he began to see the fallacy of the idea of millions of years of evolution.

With a PhD in the history of geology from Coventry University in England and an MDiv from Trinity Evangelical Divinity School in Deerfield, Illinois, Dr. Mortenson has lectured on the creation-evolution controversy in 35 countries since the late 1970s. He has spoken in homes, churches, schools (primary, middle, and secondary), secular universities, Bible colleges, and seminaries. Several of his popular lectures have been produced as DVDs and as TV programs. He has also participated in seven formal debates with PhD evolutionary scientists in secular venues in four countries.

He is the author of numerous magazine and journal articles and several book chapters. The revised version of his PhD thesis was published as The Great Turning Point: the Church’s Catastrophic Mistake on Geology—Before Darwin (Master Books, 2004), which explains how the idea of millions of years developed in geology and how and why most Christians so quickly made peace with that idea. With a deep burden to reach seminary professors and students, he co-edited and contributed two chapters to the scholarly 14-author book Coming to Grips with Genesis: Biblical Authority and the Age of the Earth (Master Books, 2008), and he edited and contributed two chapters to the 16-author book Searching for Adam: Genesis & the Truth About Man’s Origin (2016).

Dr. Mortenson is a member of the Evangelical Theological Society (ETS), has presented seven creation-related papers at ETS annual meetings since the late 1990s, and spearheaded the formation of the Creation study group sessions at the ETS annual meeting, beginning in 2008. Since that same year, he has also helped to lead annual, by-invitation-only, seven-day raft trips down the Colorado River through Grand Canyon for more than 250 seminary and Christian college professors and other key Christian leaders from over 120 schools, churches, and organizations, and from 21 countries.

* Some evolutionists have questioned Dr. Mortenson’s academic training, especially the validity of his PhD. Please see Dr. Mortenson’s blog post “Regarding My Academic Training” for his response.

Terry and his wife, Margie, have been happily married since 1976 and have 5 daughters, 3 sons, and 16 grandchildren.

All these live talks are very well illustrated to aid understanding. They are generally 60 minutes long, but can be shortened, if need be. Except for the young children’s talk, Dr. Mortenson’s presentations are understandable for people 11 years old and up, regardless of the level of their understanding of science (though scientific arguments are fully documented for the well-trained listeners). But because of the use of lots of pictures, younger kids can also learn much from them. Any of these talks would also be suitable for non-Christians to hear. But especially for those well entrenched in evolution, “Origin of Species: Was Darwin Right?,” “Noah’s Flood: Washing Away Millions of Years,” and “Ape-Men, Adam, and the Gospel” would be challenging and eye-opening.