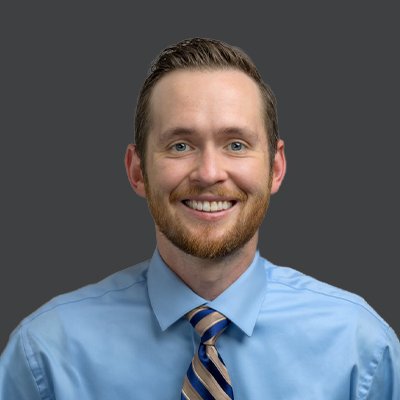 Rob earned his B.S. in Aerospace Engineering from Embry-Riddle Aeronautical University in 2011. Shortly afterwards, he and his wife and moved to Colorado to start his career with an aerospace company while working on his graduate degree. In 2014, Rob received an M.S. in Aerospace Engineering with a concentration in Astrodynamics and Satellite Navigation from the University of Colorado–Boulder.

As a Christian, particularly a Young Earth Creationist (YEC), working in the secular rocket science (i.e., aerospace) field, Rob Webb has experienced what many modern-day believers have—engaging in a workplace with beliefs counter to the wisdom and science of this world.

Rob worked in the Guidance, Navigation, & Control (GNC) department for several different interplanetary programs for NASA. This included designing and operating the GNC systems that sent satellites/rovers to Mars (MAVEN/InSight missions), Jupiter (Juno mission), and on asteroid exploration missions (such as OSIRIS-REx). Rob was the lead navigation engineer for various NASA programs, including the Parker Solar Probe mission (first mission to “touch” the sun) and the International Space Station (ISS) commercial resupply missions.

There were many challenges (John 15:18) in Rob’s ten-year aerospace career as a Christian YEC. He had tensions regarding the primary “goals” of the NASA missions on which he worked that usually involved some sort of secular evolutionary agenda. This included the “search for alien life” (part of the imaginary field of “astrobiology”) and the search for better “understanding” of the origin and evolution of our solar system, which is antithetical to the plain reading of Genesis.

Rob saw his Christian colleagues fall into the “trap” of twisting (reinterpreting) God’s infallible Word in order to fit man’s ideas (e.g., evolution, millions of years, etc.) into the text, thus compromising the authority of Scripture as a result. This ultimately further allowed humanistic concepts (i.e., elevating man’s thoughts at the ultimate standard) to plague the science industry, especially the bride of Christ—his church, within our culture today.

Folks in the rocket business today leave the Bible out of their thinking and continue to rely on any form of (human) wisdom other than the biblical truth (Romans 1:18–20). As a result, many continue to depend on “science” to answer the fundamental questions in life, like “Where did we come from?” “Who are we?” and “Why are we here?” which ultimately leads to bleak hopelessness. But the good news is that there is hope, and it’s found in Christ alone.

In 2021, the Lord directed Rob and his family to the Northern Kentucky area to work full-time with Answers in Genesis. He now serves as an apologetics and science writer, and a cohost of Answers News.

Rob is passionate about the need for more followers of Christ, who unashamedly stand on the authority of Scripture, to take back the aerospace industry (as well as every other industry in the world), all to the glory of God (1 Corinthians 10:31).