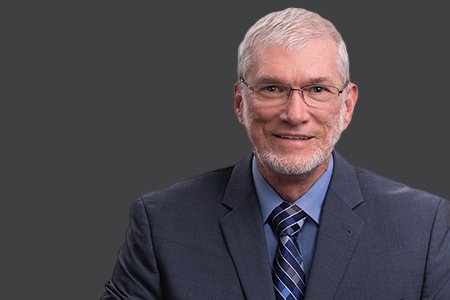 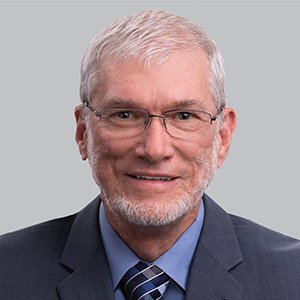 Speaker, Author, CEO, and Founder of Answers in Genesis

Since moving to America in 1987, Australian Ken Ham—founder of Answers in Genesis–US, the highly acclaimed Creation Museum, and visionary behind a popular, full-size Noah’s Ark—has become one of America’s most in-demand Christian speakers and interview guests. He became internationally known for his 2014 creation/evolution debate with Bill Nye “the Science Guy,” which has been watched by an estimated 25 million people. Ham hosts the daily radio program Answers . . . with Ken Ham, heard on over 1,000 stations, and in 2020 oversaw the launch of Answers TV, a video streaming service.

A biblical apologist, Ken gives numerous faith-building talks to tens of thousands of children and adults each year on topics such as the reliability of the Bible, how compromise over biblical authority has undermined society (and even the church, which is seeing a massive exodus of young people), witnessing more effectively, dinosaurs, “races,” and so on. Ham’s most recent book is a commentary and devotional on Genesis chapters 1–11, “Creation to Babel” (2021). His book on effective evangelism, “Gospel Reset,” was sent to almost every church in America and to many churches in other English-speaking countries (over 300,000 copies).

Ken cofounded AiG in 1994 with the purpose of upholding the authority of the Bible from the very first verse and sharing the gospel beginning in Genesis. In addition, he provides biblical and scientific answers to some of the most difficult questions people ask about the Christian faith.

In May of 2007, Answers in Genesis opened its high-tech Creation Museum and education center in the Cincinnati, Ohio, area (on 70 scenic acres in Petersburg, Kentucky). The brainchild of Ham, the state-of-the-art facility contains dozens of world-class exhibits—including impressive animatronic dinosaur models, a $1 million allosaur fossil, stunning insect collection, and planetarium—inside the 75,000-sq-ft museum. In 15 years, the museum has attracted millions of guests.

The Ark Encounter opened in Williamstown, Kentucky, in July 2016. The Ark—voted in 2019 by USA Today readers as the number one religious attraction in America—averages over one million awe-struck visitors each year along with countless media. The evangelistic attraction, located about 40 miles south of the museum, features a life-size 510-foot-long Ark as its centerpiece. In phase one of the attraction, a zoo was built behind the Ark as well as a stunning 1,500-seat restaurant. In 2019, the impressive 2,500-seat Answers Center opened near the Ark for daily lectures, conferences, and concerts; in 2020, a thrilling VR Experience was added at the attraction.

Since 1994, Ham has hosted the Answers . . . Ken Ham daily radio feature. In 2020, he launched a virtual streaming platform Answers TV, now with more than 5,000 on-demand videos. Ham has authored or co-authored more than 30 books, including the best-selling The Lie and The Answers Book series.

A Flood of Evidence, the book created to address the countless questions asked about the Flood and Noah's Ark over the years!

Ken is the author of many books on Genesis, including the eye-opening book Already Gone, coauthored by renowned researcher Britt Beemer, on why so many young people have left the church; the best-selling The Lie: Evolution, and a number of children’s books (Dinosaurs of Eden, D is for Dinosaur, A is for Adam, and so on). Other coauthored books include One Race, One Blood and How Could a Loving God …?, and the provocative book Already Compromised about Christian colleges and how they treat the authority of the Bible. As the Noah’s Ark replica opened, Ken coauthored the book A Flood of Evidence. In 2018, Ken released Gospel Reset, a book designed to help Christians evangelize more effectively in an increasingly secularized world. About 300,000 complimentary copies of Gospel Reset were mailed to all churches in the US and other English-speaking nations in September 2018. In 2020, he released a book for families on raising godly children, Will They Stand?, and in 2021, he authored Divided Nation and a devotional commentary on Genesis, Creation to Babel.

Ken is heard daily on the radio feature Answers with Ken Ham (broadcast on more than 1,000 stations) and is a frequent guest on national TV talk shows. Since the Creation Museum opened, he has been interviewed on CBS News Sunday Morning, The NBC Nightly News with Brian Williams, The PBS News Hour, and many other outlets. Ken is also the founder of the award-winning Answers magazine, which won the prestigious “Award of Excellence” (for top Christian magazine) in 2011 from the Evangelical Press Association. He also writes articles for AiG’s popular website, which has twice been the recipient of the “Best Ministry Website” as awarded by the 1,200-member National Religious Broadcasters.

Ken’s emphasis is on the relevance and authority of the book of Genesis to the life of the average Christian, and how compromise on Genesis has opened a dangerous door regarding how the culture and church view biblical authority. His Australian accent, keen sense of humor, captivating stories, and exceptional PowerPoint/Keynote illustrations have made him one of North America’s most effective Christian communicators. Several of his live talks were recorded and released in a well-produced DVD set and curriculum titled Foundations (2011).

Ken is also able to reflect on some of the “hot button” topics of our day (e.g., the breakdown of the society and the family unit, gay “marriage,” the attack by secularists on religious liberty, school violence, creation/evolution in public schools, abortion, homosexual behavior, lawlessness, and so on, and relate them to the book of Genesis. In addition, he provides biblical and scientific answers to some of the most difficult questions people ask about the Christian faith:

Ken’s bachelor’s degree in applied science (with an emphasis on environmental biology) was awarded by the Queensland Institute of Technology in Australia. He also holds a diploma of education from the University of Queensland (a graduate qualification necessary for Ken to begin his initial career as a science teacher in the public schools in Australia).

Ken and his wife, Mally, reside in northern Kentucky. They have five children and 18 grandchildren.