Is the age of the earth unimportant and divisive, as some Christians claim? Answers in Genesis thinks not.

Dr. Terry Mortenson answers the question, “Why Shouldn’t Christians Accept Millions of Years?” as featured in The New Answers DVD 1.

There is an intensifying controversy in the church all over the world regarding the age of the earth. For the first 18 centuries of church history, the almost universal belief of Christians was that God created the world in six literal days roughly 4,000 years before Christ and destroyed the world with a global Flood at the time of Noah.

But about 200 years ago some scientists developed new theories of earth history, which proposed that the earth and universe are millions of years old. Over the past 200 years Christian leaders have made various attempts to fit the millions of years into the Bible. These include the day-age view, gap theory, local flood view, framework hypothesis, theistic evolution, and progressive creation. 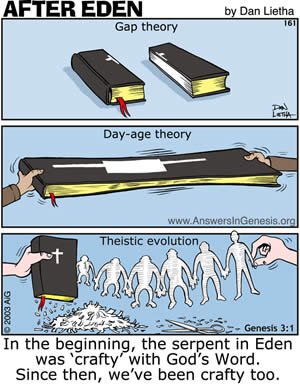 A growing number of Christians (now called young-earth creationists), including many scientists, hold to the traditional view, believing it to be the only view that is truly faithful to Scripture and that fits the scientific evidence far better than the reigning old-earth evolutionary theory.

Many Christians say that the age of the earth is an unimportant and divisive side issue that hinders the proclamation of the gospel. But is that really the case? Answers in Genesis and many other creationist organizations think not.

In this chapter, I want to introduce you to some of the reasons we think that Christians cannot accept the millions of years without doing great damage to the church and her witness in the world. Other chapters in this book will go into much more detail on these issues. 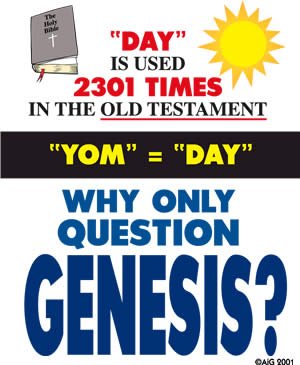 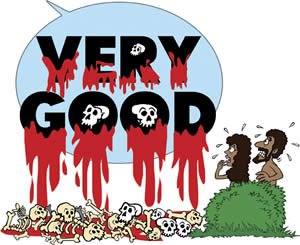 What is at stake here is the authority of Scripture, the character of God, the doctrine of death, and the very foundation of the gospel.

These are just some of the reasons why we believe that the Bible is giving us the true history of the world. God’s Word must be the final authority on all matters about which it speaks—not just the moral and spiritual matters, but also its teachings that bear on history, archaeology, and science.

What is at stake here is the authority of Scripture, the character of God, the doctrine of death, and the very foundation of the gospel. If the early chapters of Genesis are not true literal history, then faith in the rest of the Bible is undermined, including its teaching about salvation and morality. I urge you to carefully read the other chapters in this book. The health of the church, the effectiveness of her mission to a lost world, and the glory of God are at stake.

Previous Chapter Is There Really a God? Next Chapter Couldn’t God Have Used Evolution?

The New Answers Book 1 is packed with biblical answers to over 25 of the most important questions on creation/evolution and the Bible.