Has Noah’s Ark Been Found?

The modern search for the Ark actually commenced with Eryl Cummings in the 1940s when he began to gather anecdotal evidence of sightings.

The ancient Greek historian Herodotus mentioned that religious pilgrims journeyed to Mt. Ararat, which traditionally has been accepted as the landing place of Noah’s Ark. The Armenian people, who have lived at the foot of Ararat since before the time of Christ, maintain a strong attachment to Noah and the Ark.

In recent centuries, interest in the mountain and the huge wooden boat that may rest there has spread. Adventurous mountain-climbing Europeans first conquered the 17,000-foot (5,182-meter) summit in 1829. Reports in the twentieth century of wood being found high above the treeline fueled intense interest in new expeditions. Most notably, French explorer Fernando Navarro claimed in 1955 to have discovered wooden timbers in a glacial crevasse, stimulating even more interest among Western Christians, including me as a little boy.

Many questioned Navarro’s find, but in 1969 a carefully planned expedition, with Navarro as a guide, discovered only another controversial piece of supposed wood. Yet excitement continues today, fueled by hopes of discovering a mostly intact ship—or at least indisputable remnants—high on this or another mountain in the Ararat range.

Mt. Ararat, which is traditionally thought to be the landing place of the Ark, is located in eastern Turkey near the border with Armenia and Iran.

The modern search for the Ark actually commenced with Eryl Cummings in the 1940s when he began to gather anecdotal evidence of sightings. He and colleagues made several trips to Ararat to explore and study this remote mountain in the Muslim nation of Turkey. His 1972 book Noah’s Ark: Fact or Fable captivated the imagination of those who read it. Soon several expedition teams trekked to Mt. Ararat, including my own.

The newly formed Institute for Creation Research sponsored my first expedition in 1972. While our group of five strong climbers and photo-graphers didn’t find the Ark, we gathered new climbing details and an abundance of photographs and notes regarding the topography. As a result, the search grew in earnest.

I’ve journeyed thirteen times to Ararat, as others have done, including the now-deceased Apollo astronaut Jim Irwin. These trips have met with danger and varying success in helping to narrow the field of search. Not only is the mountain high and treacherous, but wild animals, intense storms, local bandits, and government opposition have been very real impediments. In recent years, Kurdish insurgents have used the mountain as a staging ground for terrorism throughout Turkey, as well as nearby Syria and Iraq. 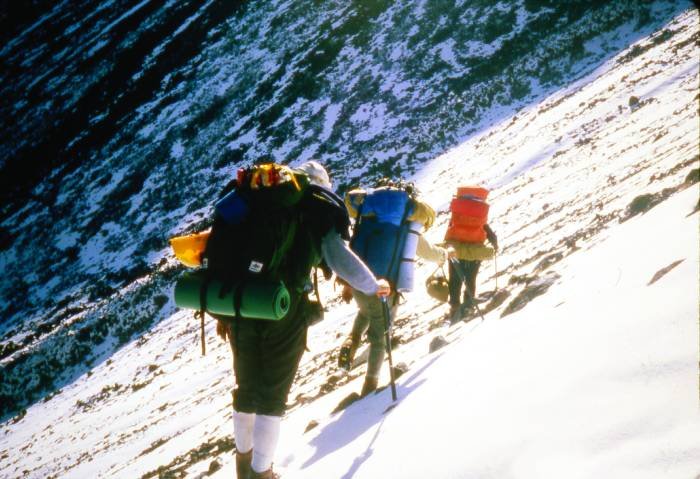 Climbing along a steep ridge line of loose glacial skree during one of thirteen expeditions to Ararat led by Dr. John Morris

The early expeditions were all on foot, with mountaineers doing their best to cover the huge mountain. Most of the efforts hoped for a visual sighting, but some used ground-penetrating sonar, ice-cutting equipment, infrared scanners, and GPS positioning. On several occasions aircraft were permitted, both fixed-wing and helicopter. Obviously, many more sites could be investigated from the air than on foot. The entire mountain has even been photographed in stereo, yet without a confirmed sighting.

In addition to the scientific and archaeological significance, the Ark’s discovery would awaken new discussion about God’s wrath and His provision of a route to restoration.

Surely, after all this study we would know whether the Ark is on Ararat. But the mountain changes every year, revealing previously veiled secrets. Winter snows, shifting glaciers, and rock and ice avalanches expose and hide what lies underneath. Even after one site has been investigated thoroughly, it needs to be revisited. Many possible sites have been ruled out, but currently there are several “hot spots” that I and others would like to check.

In addition to expeditions that gather first-hand information, researchers continue to gather eyewitness testimony from individuals who claim to have seen the Ark. Their descriptions are substantially the same. According to numerous supposed eyewitnesses, something is up there, and the shape and composition they describe fits the biblical description and dimensions.

Hindering the search are false and even fraudulent accounts that embarrass serious searchers. Many have rushed to make claims with supposed evidence that cannot stand up to scrutiny. Yet, public fascination continues. Many people think the resting place and remnants of the Ark have already been found. But where is the physical evidence? We have a lot of smoke, but no fire.

The general consensus among most biblical creationists is that Mt. Ararat is the resting place for Noah’s Ark. However, certain factors weaken this claim. Consider the following points both for and against Mount Ararat as the final resting place of the Ark.

The Bible reveals only that “the Ark rested on the mountains of Ararat” (Gen. 8:4). That’s a sizable region, not a mountain. Several locations have been proposed, including some in Iran and southern Turkey. However, the numerous eyewitness accounts seem to me and others to best point to the modern Mt. Ararat, and it is for this reason most expeditions focus there. Indeed, the only reason to search at all is that some claim to have seen it. A select few say that they have touched it, looked inside it, even recovered but later lost actual wood from the site. The Bible does not mention its survival or discovery. In my view, because of the glaciers, earthquakes, and other onslaughts of nature, the Ark could not have survived without God’s supernatural protection.

A well-documented and scientifically viable discovery would be quite newsworthy, and it is exciting to consider how it might impact world culture. 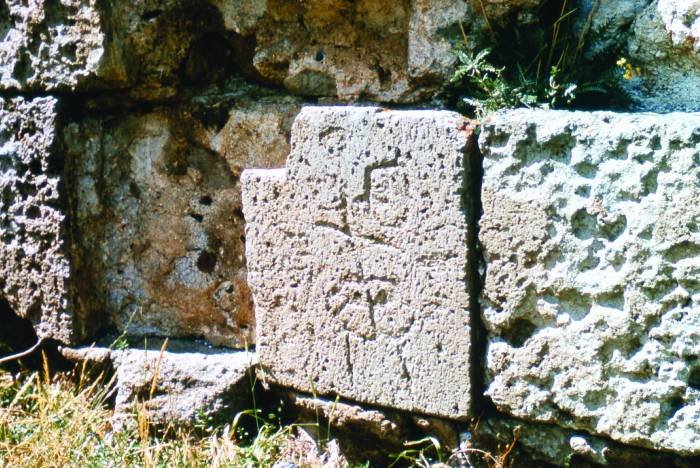 Various expeditions to Mount Ararat have revealed interesting archaeological discoveries that lead us to consider the possibility that the Ark remains hidden somewhere on the mountain. On the Answers magazine website you can see photos, like the one above, of objects that were found on or near the mountain. Some of these photos have never been published elsewhere.

A successful discovery would impact several fields of study. Archaeologically, it would affirm and excite the faith of Christians, giving them a bit more understanding of the world that Noah’s Flood (actually, God’s Flood!) was sent to obliterate. Scientifically, it would challenge the assumption that earth conditions are generally constant over time, which is an underlying assumption of evolution and naturalism. Since the Ark is a beautiful picture of Jesus Christ, and the Flood is a horrible reminder of the penalty for sin, the Ark’s discovery would awaken new discussion about God’s wrath and His provision of a route to restoration, and escape from the judgment that is to come.

Questionable claims of Ark discoveries blunt the potential impact of a true discovery. But I am convinced and sincerely pray that if found, the Ark will once again warn a rebellious world of the judgment to come. For this reason—on Mt. Ararat and throughout the mountains of that region—I think the search should go on.

Previous Article A Changed View, A Changed Heart Next Article Mything the Boat