Examining the immense biblical data for Noah’s flood as an actual, year-long, worldwide, and catastrophic flood about 4,500 years ago

I have had the privilege of speaking on creation and evolution in 35 countries, and I have found that most Christians have never considered the biblical and scientific evidence that Genesis 1–11 is literal history and teaches that the creation is only about 6000 years old. I have also found that most Christians accept the claim made by the scientific majority that the earth is billions of years old. I have further found that whether Christians accept the millions of years or not, the vast majority have never considered Noah’s flood and its relevance to the question of the age of the earth.

But Noah’s flood is critical to that question. Simply put, if that flood was a global, year-long, catastrophic event about 4,500 years ago, as Genesis appears to teach, then it is very reasonable to conclude that it would have produced an incredible amount of erosion and sedimentation and would have buried many plants and animals in those sediments, which would later become fossils as the sediments hardened into rock. Creation geologists believe the flood would have produced exactly the kind of geological features that we see all over the earth, as, for example, are beautifully displayed in the walls of the Grand Canyon in Arizona, USA. These Bible-believing geologists think that most (not all) of the fossil-bearing sedimentary rock layers are the result of the flood. But secular geologists, who reject God’s eyewitness testimony in Genesis 6–9, say those rock layers were formed over hundreds of millions of years. So, if the flood produced most of the fossiliferous sedimentary layers around the world, then those layers cannot be the result of hundreds of millions of years of erosion and sedimentation, as the secularists claim.

For the first 1,800 years, the virtually universal belief in the church was that Noah’s flood was a historical, year-long, global catastrophe. But in the early 19th century, the idea of millions of years became entrenched in the infant science of geology.

For the first 1,800 years, the virtually universal belief in the church was that Noah’s flood was a historical, year-long, global catastrophe. But in the early 19th century, the idea of millions of years became entrenched in the infant science of geology. Most of the church quickly accepted that idea, so by about 1850, most Christians abandoned that belief about the flood.1 Today, most Christians, including most professing Christian geologists, believe that Noah’s flood was either a myth (i.e., it never happened) or a large but localized flood in the Mesopotamian Valley of the Tigris and Euphrates Rivers (modern-day Iraq) described in exaggerated language.

In this article, I briefly present the biblical evidence that Noah’s flood was a global, catastrophic flood capable of producing most of the geological evidence that most geologists assign to hundreds of millions of years of gradual change.2 The geological reasons for believing in this global flood and a young earth are presented elsewhere.3

There are many biblical and extrabiblical lines of evidence that Noah’s flood was a historical event that really happened.

The flood was not localized in the Mesopotamian valley, as many Christians believe, but was global in extent. When the waters reached the highest, there was no land above sea level anywhere on the planet.

Only a global flood would cover all the high mountains under the heavens by at least 15 cubits (about 25 feet or 7 meters: Genesis 7:19).

The commands were only necessary if it were a global flood, since animals and birds outside the flood zone could naturally repopulate the area otherwise.

Tsunamis hammered the land, eroding it as the floodwaters surged higher and higher and retreated between surges.

The Bible could not be clearer that the flood was a global catastrophe.

The Bible could not be clearer that the flood was a global catastrophe. Conversely, if the flood were just a big flood in the Middle East, the description in Genesis and other relevant verses could not be more misleading.

Now, what would we expect to find today if this global, year-long, catastrophic flood had occurred? We would expect to find billions of dead plants and animals (both land and sea creatures) buried in various kinds of sediment layers that have hardened into rock and that show evidence of having been deposited in water (not in a desert environment). We would expect to find evidence of massive erosion and sedimentation on a scale unlike anything we observe occurring today. And we would expect to find that same evidence all over the earth. That is exactly what we find! Billions of dead things, buried in rock layers, laid down by water, all over the earth. The question of human fossils is complex and addressed elsewhere.14 But what we see in terms of billions of plant and animal fossils in geographically extensive, water-deposited, sedimentary layers is exactly what we would expect from Noah’s flood.

Now, the Flood is critical to the question of the age of the earth. The thousands of feet of sedimentary rock layers containing billions of dead creatures was formed either before Adam or after Adam. If that geological evidence was formed over millions of years before man appeared on the earth, as evolutionists claim, then God looked at all that death, disease, and extinction and called it “very good” and God’s curse when Adam fell in sin had no impact on the non-human creation (contrary to Genesis 3:14–21, 5:29 and Romans 8:19–23) 15. If that fossil record was formed after Adam sinned, then the most logical cause of most of it was Noah’s flood. So, if we accept the millions of years, then we must reject the global flood as a global catastrophe, which is what most old-earth Christians have done. If we believe God’s Word about the flood, then this is a very important reason for rejecting the millions of years. It is neither logical nor biblical to believe in both Noah’s flood and millions of years of earth history. 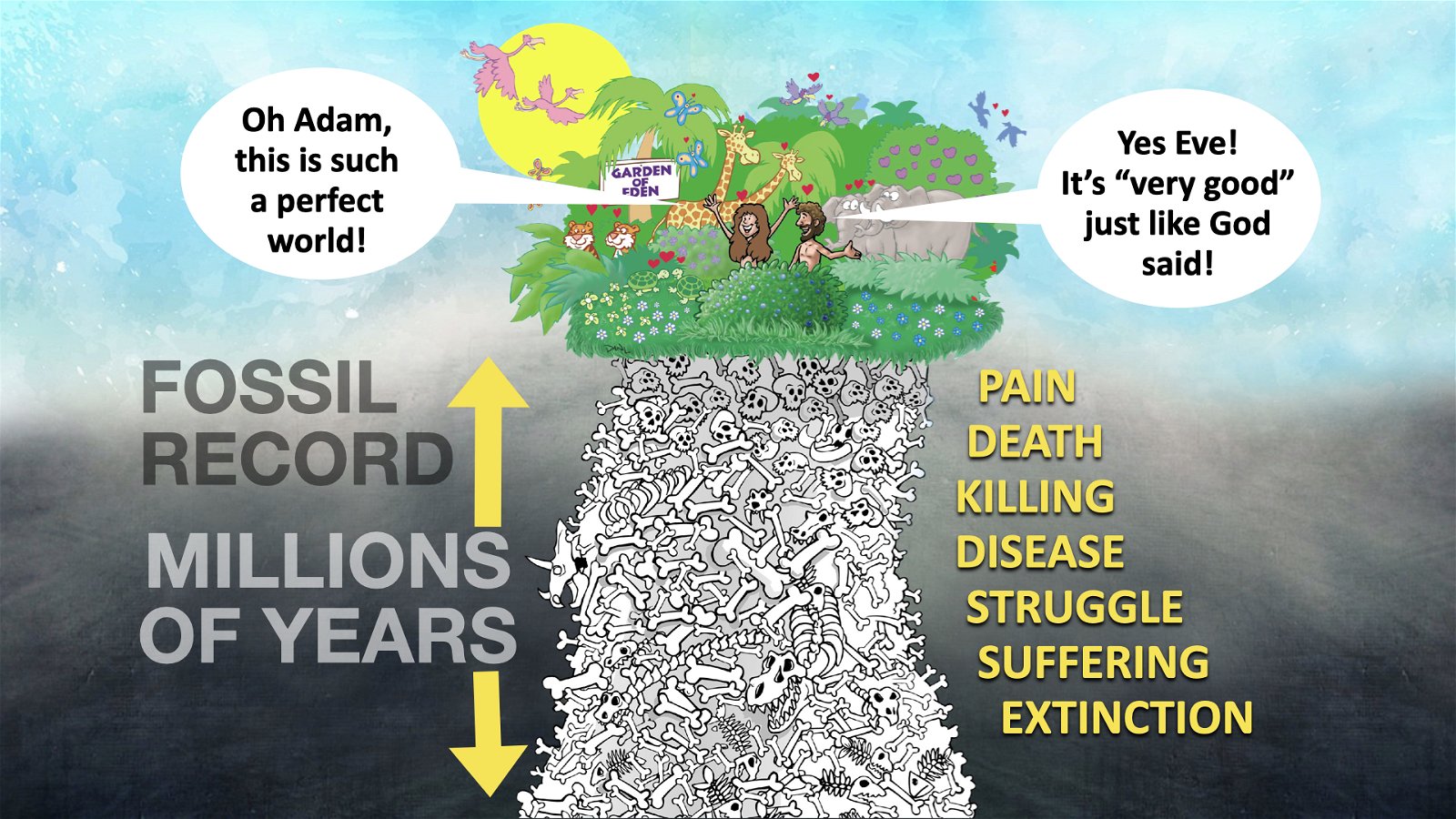 If we believe God’s Word about the Flood, we must reject the millions of years.

All the arguments for treating Noah’s flood as a localized event in the Middle East ignore most of the biblical evidence I have presented and give very shallow arguments that do not stand up to scrutiny. The real reason people believe that Noah’s flood was only in the Middle East is that they have uncritically accepted what the majority of geologists say, especially regarding radiometric dating. But I encourage readers to believe God’s clear and inerrant Word rather than the fallible words of sinful people (most of whom are trying to explain the world without God so they do not have to feel corporately or morally accountable to him) and to look at the geological evidence presented in the sources cited in notes 2 and 3.

Let God’s Word be found true and all people who disagree with him found to be liars (Romans 3:4).