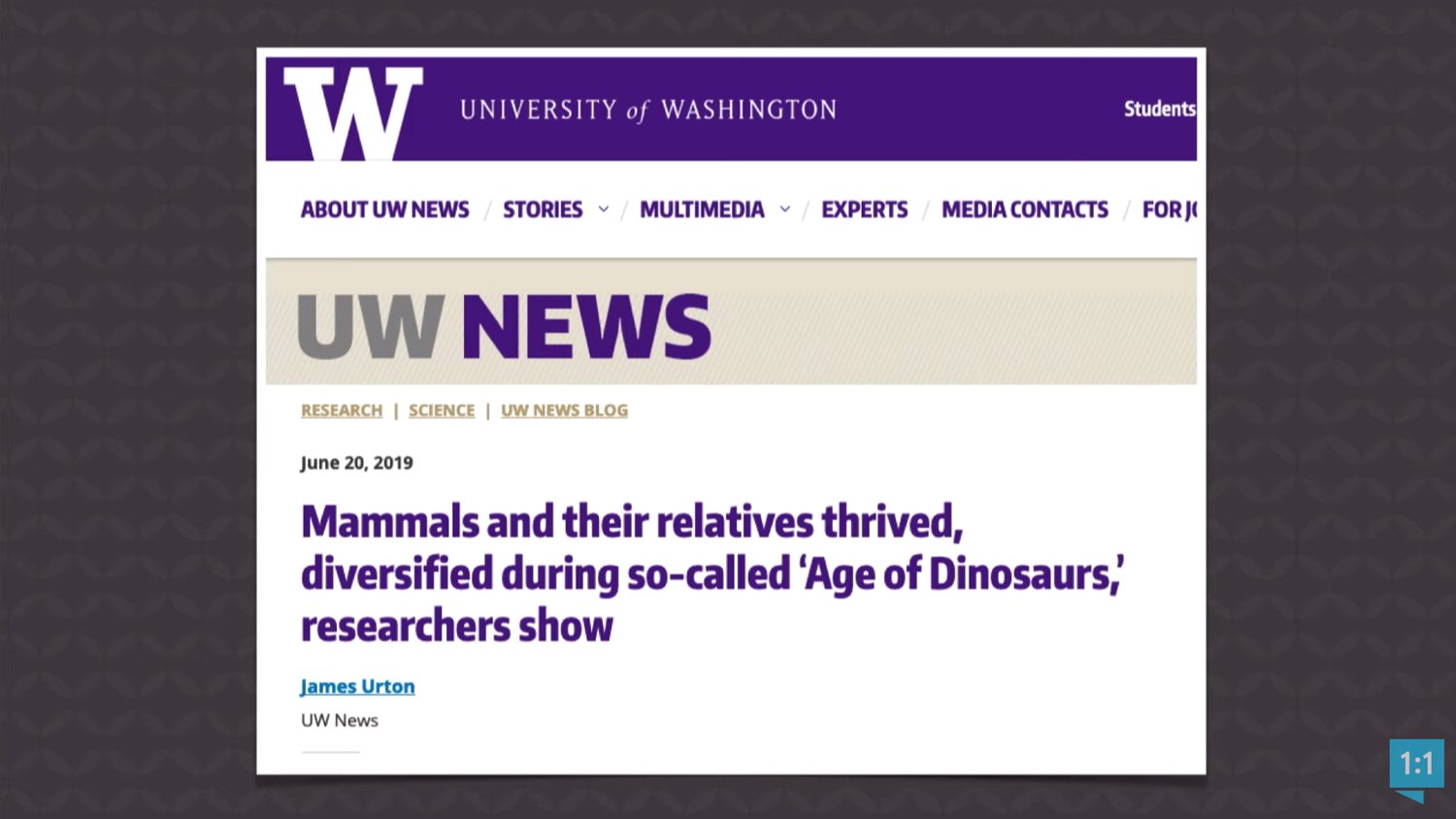 The intro of an article from the University of Washington sounds like it could be the beginning of a biblical creationist article. The author writes, “Paleontologists are trying to dispel a myth about what life was like when dinosaurs roamed the Earth. The false narrative has wormed its way into books, lectures and even scientific papers about this long-ago era.” Well, there are certainly a lot of myths and false narratives about the so-called time of the dinosaurs!

Here are just a few of those false narratives:

Dinosaurs prohibited mammals from growing large and diverse. So, during the “reign of the dinosaurs,” there were only a few, small mammal varieties.

Well, apparently the fossil record doesn’t bear this out. So now there’s a new story as we have summarized it:

Mammals went through three “ecological radiations” (when a lineage finds and adapts to a new niche) throughout their supposed evolutionary heritage. In each of these “radiations,” the “mammaliaforms” diversified from primitive to creatures which “resemble species alive today,” including the repeated evolution of the adaptations needed for “gliding, climbing, eating diverse diets.” Yes, apparently these things all evolved more than once, in mammals alone.

But this is just another myth and false narrative! Here’s what these researchers should actually be saying and observing:

The dinosaurs, and the mammals and other creatures buried with them, were buried during the global flood of Noah’s day just 4,350 years ago. The various rock layers don’t represent different geological ages. Rather, they represent different ecological zones, buried as the floodwaters rose. All the original mammal kinds lived at the same time as the dinosaurs (and, for the land-dwelling mammal kinds, representatives were on the same ark with the dinosaurs), alongside humans.

That’s the only way to understand the true history of the world.

So, there you have it! The myths and false narratives are all cleared up now! To dispel those myths, you’ve got to start with God’s Word as history. That’s the only way to understand the true history of the world.

You can learn more in my chapter from The New Answers Book 1: "What Really Happened to the Dinosaurs?”

This item was discussed today on Answers News with cohosts Bryan Osborne and Avery Foley, along with guest Roger Patterson, one of AiG’s curriculum writers and a former public school science teacher. Answers News is our twice-weekly news program filmed live before a studio audience here at the Creation Museum and broadcast on my Facebook page and the Answers in Genesis Facebook page. We also covered the following topics: