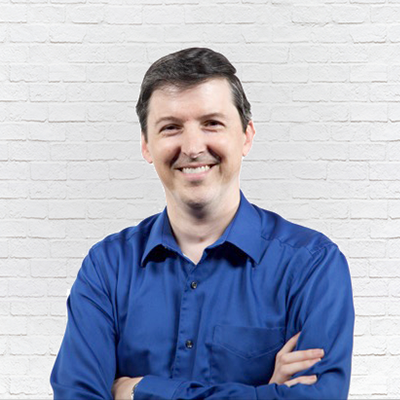 Dr. Lisle graduated summa cum laude from Ohio Wesleyan University where he double-majored in physics and astronomy, and minored in mathematics. He did graduate work at the University of Colorado where he earned a Master’s degree and a PhD in Astrophysics. While there, Dr Lisle used the SOHO spacecraft to investigate motions on the surface of the sun as well as solar magnetism and subsurface weather. His thesis was entitled “Probing the Dynamics of Solar Supergranulation and its Interaction with Magnetism.” Among other things, he discovered a previously unknown polar alignment of supergranules (solar convection cells), and discovered evidence of solar giant cells. He has also authored a number of papers in both secular and creation literature.

Dr. Lisle grew up in a Christian home, and was taught to respect the absolute authority and accuracy of the Bible, and to be discerning about what is taught in secular schools. These critical thinking skills helped Jason to spot the fallacious arguments that are often used in the universities to supposedly prove evolution.

An important consideration is the fact that the origins debate is a matter of competing worldviews. Worldviews control how we interpret the evidence; thus, creationists and evolutionists can draw different conclusions about the same evidence. Most scientists are not consciously aware of their own worldview, and how it influences the conclusions they draw. This realization made it easier for Jason to see that intelligent scientists, including his own professors, can draw erroneous conclusions when it comes to an issue of origins science, even while they are brilliant and successful in their own narrow field of research. Dr. Lisle is convinced that when the evidence is interpreted in a consistent fashion, it consistently confirms biblical creation.

In graduate school, Dr. Lisle developed a passion to share the message that God’s Word is true from the very first verse. He began giving talks encouraging people to trust in the Bible and not compromise with the secular ideas of millions of years of evolution.

Dr. Lisle has always had a keen interest in science and enjoys reading books on a wide range of scientific topics. Astronomy and physics have been areas of special interest. One of his favorite hobbies is viewing the beautiful night sky through a telescope.

In graduate school, Dr. Lisle specialized in solar astrophysics. His areas of interest in creation studies are in developing models of cosmology and stellar aging. Creationist thinking in these areas is still very preliminary.

Dr. Lisle is the founder of the Biblical Science Institute.

Dr. Lisle has authored a number of books and articles. His books include Taking Back Astronomy and The Ultimate Proof of Creation, and he coauthored Old-Earth Creationism on Trial with Tim Chaffey. He is also a contributing author for the Answers Books volumes I and II. Dr. Lisle’s articles include the Logical Fallacy Series, Contradictions, “Evolution: The Anti-science,” “Atheism: An Irrational Worldview,” and many others including our popular web feedbacks.