A lesson in changing definitions

In the early 1700s, if someone said something about a “species” or “genus,” it would have had nothing to do with classification systems. So, why is this important today and what can we learn from it?

If one were to ask around to see what kind of definitions people have of the word species or genus, most would respond by saying they have something to do with classification. In today’s society, the words genus and species are synonymous with the Linnaean taxonomy system.

In the early 1700s, if someone said something about a “species” or “genus,” it would have had nothing to do with classification systems. So, why is this important today and what can we learn from it? The word species and its changing definition were partly responsible for the compromise of the church in late 1800s. In fact, the church is still struggling over this change. Let’s do a brief history review.

Species is also found in Genesis 1:24–25 as well. The Latin basically meant the biblical “kind.” In fact, this word carried over into English and other languages that have some Latin influence. It means a “kind, form, or sort.” Another word that was commonly used for a kind in the Latin Vulgate was genus. This is evident in Genesis 1:11, 12, and 21. In both cases, these two words were used for the Hebrew word min or kind. For example, there is a dog kind, cat kind, and so on.1

It made sense that Carl Linnaeus, a Swedish Christian, began using Latin terms for his new classification system. It was logical to use these common terms, which were a part of the commercial language throughout Europe (much in the way that English, for example, is a seen as a universal language in the world today for communication and so on). Linnaeus even wrote his large treatise, Systema Natvrae, and other findings, in Latin in the mid to late 1700s.

Early commentators recognized that species originally meant the biblical kinds, as even John Calvin, prominent reformer in the 1500s, stated in his notes on Genesis 1:24:

“I say, moreover, it is sufficient for the purpose of signifying the same thing, (1) that Moses declares animals were created ‘according to their species:’ for this distribution carried with it something stable. It may even hence be inferred, that the offspring of animals was included. For to what purpose do distinct species exist, unless that individuals, by their several kinds, may be multiplied?”

Of course, Calvin originally wrote in Latin, but this early English translation by Thomas Tymme in 1578 still shows the point that the word species was used to mean the biblical kind. Calvin is even pointing out the stability or fixity of species, i.e. biblical kinds. Dr. John Gill, about the same time as Linnaeus, equates species and kinds in his note under Genesis 1:22 by saying:

“With a power to procreate their kind, and continue their species, as it is interpreted in the next clause; saying, be fruitful, and multiply, and fill the waters in the seas”

Others such as Basil, prior to the Latin Vulgate, discussed species as the biblical kind in the 4th century in his Homilies on Genesis 1. Matthew Henry, in the late 1600s and early 1700s, uses species as kinds in his notes on Genesis 2:3, saying there would be no new “species” created after creation week had completed. The list could continue. The point is that species originally meant the biblical kind.

After Linnaeus, both of these words (species and genus) were commonly used in modern biological classification systems with slightly different definitions. In the mid-to-late 1700s, species began taking on a new, more specific definition in scientific circles as a biological term (that definition is still being debated even today). But by and large, the definition had changed so that, instead of there being a dog species (or dog kind), there were many dog species.

In the lay and church sense, the word species was still viewed as the biblical “kind.” But as the scientific term gained popularity, this led to a problem. When theologians and church members said “fixity of species” (meaning fixity of the biblical kinds) people readily saw that there were variations among the species (by the new definition). They thought, “But species do change!” Of course, no one ever showed something like a dog changing into something like a cat. Dogs were still dogs; cats were still cats, and so on. 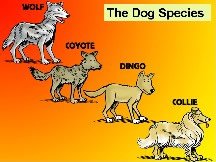 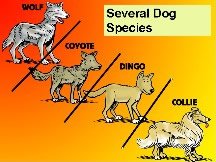 However, a bait-and-switch fallacy had taken place. Christians were teaching fixity of species (kinds), but the definition of species changed out from under them. So, Christians looked ignorant when people began observing that species—by the new definition—do change. Of course, in reality, this was merely variation within the created kinds, for example, dogs could be observed changing into something different—still dogs, but not looking like other “species” (by the new definition) of dogs. So, it appeared that the created kinds were becoming new species (new definition), even though the animals did not change into a different kind of animal. It appeared that the church was wrong.

The results of this were devastating to the church. And people began doubting the Word of God as a result, walking away from Christianity, and embracing an evolutionary philosophy. George Bentham, writing May 30, 1882, to Francis Darwin regarding his father Charles’ ideas, said:

“I have been throughout one of his most sincere admirers, and fully adopted his theories and conclusions, notwithstanding the severe pain and disappointment they at first occasioned me. On the day that his celebrated paper was read at the Linnean Society, July 1st, 1858, a long paper of mine had been set down for reading, in which, in commenting on the British Flora, I had collected a number of observations and facts illustrating what I then believed to be a fixity in species, however difficult it might be to assign their limits, and showing a tendency of abnormal forms produced by cultivation or otherwise, to withdraw within those original limits when left to themselves. Most fortunately my paper had to give way to Mr. Darwin’s and when once that was read, I felt bound to defer mine for reconsideration; I began to entertain doubts on the subject, and on the appearance of the ‘Origin of Species,’ I was forced, however reluctantly, to give up my long-cherished convictions, the results of much labour and study, and I cancelled all that part of my paper which urged original fixity, and published only portions of the remainder in another form, chiefly in the ‘Natural History Review.’”

Even today, an objection commonly leveled at the Bible is that it claims that species are fixed. A good response would be: “To which definition of species are you referring?” By the old definition (as a kind), creationists would agree, but would probably better state it in modern English as fixity of the created kinds so as not to confuse the issue. The idea of one kind changing into another can be argued against based on the fact that no such change has ever been observed.

After Darwin’s book, many churches gave up fixity of species (by either definition) and began taking compromised positions such as theistic evolution (basically giving up Genesis for molecules-to-man evolution and then picking up with Abraham). Realizing that the church had been duped by a bait-and-switch fallacy, provides a valuable learning tool. When people fail to understand history, they often repeat it.

We need to be on the lookout for changing definitions, and we always need to think biblically. Science, which has taken on a new meaning in recent years, is one such example. The word used to mean “knowledge” gained by a systematic means (observation, hypothesis, prediction, testing, repetition, etc.). Now, the religion of naturalism has generally been added to the definition as specifically referring to “such activities restricted to a class of natural phenomena.”2 So, one may be speaking about sound, observational science one moment, then switch to referring to evolution, an idea built in on naturalism.

This really is a matter of religion versus religion.

Often, the creation/evolution debate is referred to as a matter of religion versus science. In this instance, science is referring to the religion of naturalism and its subset, evolution. So, this really is a matter of religion versus religion. Many fail to understand that the definition of science has been changed to suit naturalism. So, some are duped into thinking that science, in this case, is referring to sound, repeatable, observations when it is really another religious perspective.

Another example of a changing definition is the word conception. It was, and, to most people today, is the point when the sperm and egg combine—or fertilization. For example, Stedman’s Medical Dictionary now defines conception as implantation of the combined sperm and egg [that must be over 4–5 days old (blastocyte)] when it attaches to the lining of the uterus (endometrium).3 This mindset opens the door to people aborting children with “morning after pills,” cloning research on humans, or embryonic stem cell research while openly stating that it is before conception.

Such atrocities are occurring right under our noses and should be a wake-up call for Christians. In today’s society, as Christians, we must be aware of changing definitions and their implications if we are to be effective in communicating truth to this culture.