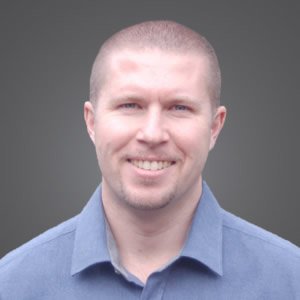 Simon Terry joined AiG–UK in the summer of 2007 after being a full-time missionary for six years with London City Mission.

Simon was first challenged by the gospel in his early teens. But it was not until he was 18 years old that he turned to the Lord in true repentance and trusted in the Lord Jesus Christ as his Saviour. In 2000 he gained a BEd degree from the University of Wales, Newport where he specialised in physical education. During this time he was very involved in the Christian Union and became its president during his third year. While he qualified as a junior school teacher, he decided to enter the mission field of London, spending several years there, working on two housing estates.

During the years that Simon worked with London City Mission he realised the importance of reaching people with the gospel message. But he was saddened to see the difficulty in reaching people, young and old alike, with the good news of salvation due to hearts which have been hardened by the teaching of evolution and secular humanism. Simon has a particular burden to reach children and young people with the truth and to give them confidence to believe the Word of God.

In 2007 Simon joined Answers in Genesis UK/Europe as a speaker. He has co-written an article in our Answers Magazine and features on the DVD Genesis: The Big Picture. Since 2010, Simon has been working as a missionary in four parts of Leicestershire, engaging the districts in door to door evangelism. He is also working on a book for this work entitled Questions of Life Answered.

We believe that Simon’s experience as a missionary combined with his interest in science and desire to declare the truths of Scripture have ably equipped him to be an asset as a speaker for AiG–UK. His talks will challenge people of all ages and that they will help people to put their trust in the Creator who became our Saviour.

Simon is married to Yvonne and they have a son, Judah, and daughter, Seren.