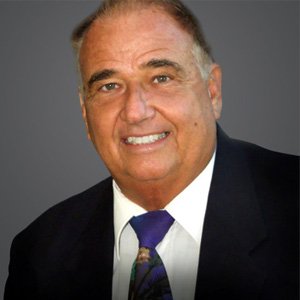 Biologist Dr. Gary Parker—along with his wife, Mary—was with Answers in Genesis as senior lecturer since AiG’s first year (1994) and remained full-time until 1999. Dr. Parker was also the head of the science department at Clearwater Christian College (CCC) in Florida. For twelve years, he served on the science faculty of the Institute for Creation Research (ICR) in the San Diego area.

Dr. Parker began his teaching career as a non-Christian and evolutionist. The details of his spiritual and scientific conversion, From Evolution to Creation (available as a booklet and DVD), include comic incidents. For example, he was a participant in a debate where his science department, defending the Bible, debated the Bible department, which was defending evolution!

En route to his BA in biology/chemistry, MS in biology/physiology, and EdD in biology/geology from Ball State, Dr. Parker earned several academic awards, including admission to Phi Beta Kappa (the national scholastic honorary), election to the American Society of Zoologists (for his research on tadpoles), and a fifteen-month fellowship award from the National Science Foundation.

He has published five programmed textbooks in biology and six books in creation science (the latter have been translated into eight languages), has appeared in numerous films and television programs, and has debated and lectured worldwide on creation.

Exploring the World Around You

Dry Bones and Other Fossils (coauthored with Mary Parker)

From Evolution to Creation (booklet)

From Evolution to Creation (DVD)