Johan Huibers and His Ark

Ready to Set Sail in the Netherlands

Johan Huibers will soon start boarding passengers and sailing down the canals of Holland with the Ark he has been building since the fall of 2005.

As he has fulfilled a call in his life to bring a renewed interest in Christianity to the Netherlands, many questions have been asked by curious onlookers as they witness the building of an Ark that is one-fifth the size of Noah’s Ark.

One 94-year-old-man asked Johan a question that seemed rather odd—and completely unrelated to the building of the Ark.

“Why won’t my children come and see me any more,” he asked Johan.

While this man’s question had nothing to do with the Ark, the man saw Johan as someone who could connect with the Bible. In a sense, Johan has been seen by others as a preacher—a modern-day Noah. Through numerous conversations, the older man started reading the Bible and then later found his children started coming back around.

Just in time for the blooming of the tulips, Johan says that he hopes to open the Ark to the public by April 10, 2007, but much work remains to be done. According to Jacky Baken who was recently hired to help with this unique outreach, a number of towns and cities have already invited Johan to visit their area with the Ark. It will remain in Schagen until August and then will head to the Dutch port of Rotterdam, which is the busiest seaport in the world.

Following are some recent photos of Johan and his Ark. 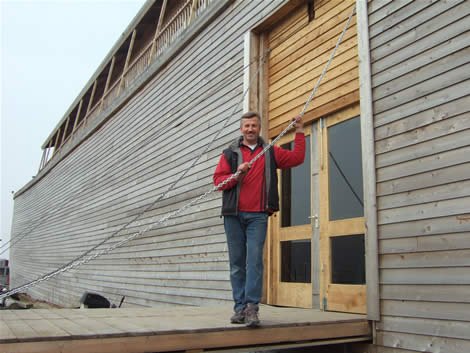 Johan stands outside the side door of the Ark. The main entrance will be built when the Ark is moved to the other side of the canal. 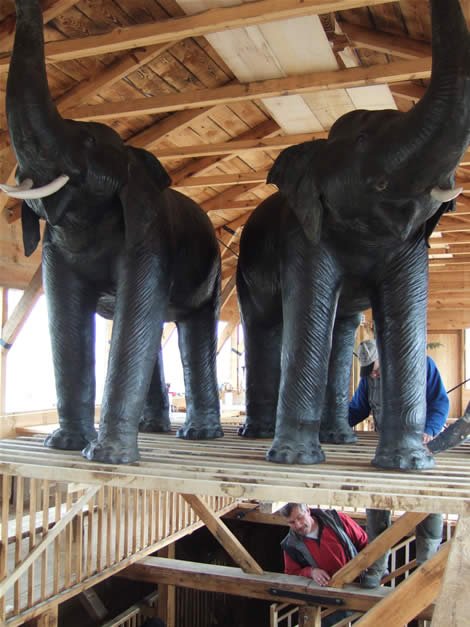 Life-like animals from Thailand and the Philippines fill the three levels of the Ark. Arrangements are being made for some live animals to be present on the Ark in the future. 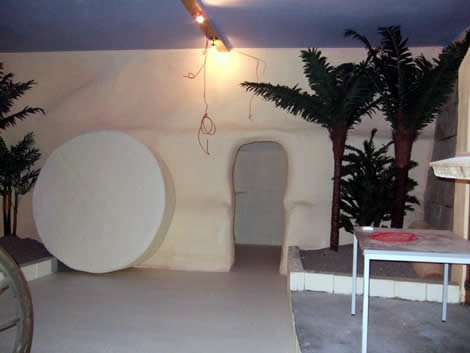 One section of the Ark will highlight various Bible stories such as the open tomb of Jesus, the Ark of the Covenant, the story of Joseph, and a fishing boat, which tells the story of Jesus and His disciples (pictured below). 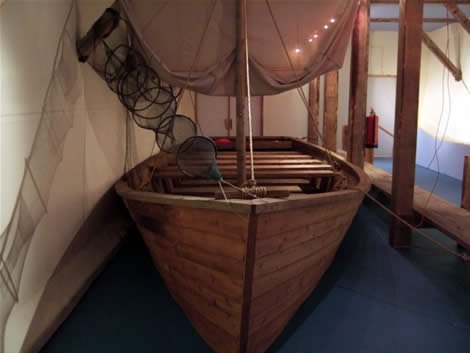 Church pews provide seating for 150 people in the movie theater (pictured below). According to Johan, pews are plentiful in the Netherlands due to many churches closing. 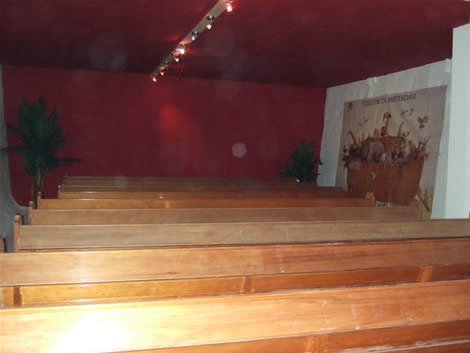 Another area of the Ark includes a Bedouin tent, which represents the dwelling place of Abraham, Isaac, and Jacob. According to Johan, the tent symbolizes hospitality, which is something that is missing in Holland these days.

Other features of the Ark include various computer games where children can learn more about the Ark and the Flood, and an area for coffee and snacks.

For more information on Johan Huibers and the Ark project, see www.arkvannoach.com (site is in Dutch, with some videos in English).

The information in this article comes from email and telephone interviews with Johan through the help of Jeroen Menkveld and Jacky Baken.