There are several compromise positions about Genesis that permeate the church. All these views have one thing in common: they try to accommodate what the secularists believe about origins.

And they were astonished at His teaching, for He taught them as one having authority, and not as the scribes. (Mark 1:22)

A couple of years ago in Australia, a Christian member of parliament appeared on national TV. He was on a panel that included famed atheist Richard Dawkins of England.

The moderator asked the Christian, “Where did human beings come from?”

The Christian gently put his hand on Richard Dawkins’ arm and replied, “You may want to ask this guy. He’s got firm views on it.”

Sadly, the way in which this Christian answered a legitimate question represents the origins view of most Christians today.

Essentially, this well-known Australian Christian declared that secularists know what they believe, but Christians don’t.

Think about it! When most Christians—including Christian academics, pastors, and other Christian leaders—are asked what they believe about Genesis, the answers can be one or more of the following: 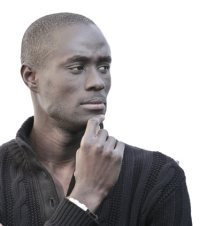 There is an uncertain sound being blared by many in the church. How can we be discerning?

“There is a gap of millions of years between the first verses of Genesis.”

“We don’t know what the days of Genesis mean.”

“The Flood was a local event. Fossils are probably millions of years old.”

“The Framework idea fits millions of years into Genesis.”

“Adam and Eve don’t have to be literal people.”

“God made races of people to start with.”

Well, I could go on and on. The point is, there are several compromise positions about Genesis that permeate the church. All these views have one thing in common: they try to accommodate what the secularists believe about origins.

Think about this: most children from church homes attend public schools, where, by and large, their textbooks and lectures give our young people a very specific history (and as they watch TV documentaries). Here is what they are almost always taught as fact:

Secularists insist they know all of this happened in the unobservable past. They claim to know the true history of the universe. They believe and preach their worldview with zeal.

On the other hand, Christians have the benefit of a very specific history that has been revealed to them by Someone who was there at the beginning and throughout history—and who doesn’t lie. Yet, believers say they aren’t sure what God said in Genesis?

Christians have the benefit of a very specific history that has been revealed to them by Someone who was there at the beginning and throughout history.

No wonder we are seeing a mass exodus of young people from our churches! They begin to doubt the Bible in Genesis, reject it as God’s Word, and then leave the church.

The Bible declares, “For if the trumpet makes an uncertain sound, who will prepare for battle?” (1 Corinthians 14:8).

There is an uncertain sound being blared by much of the church, including in Christian academia. Young people and adults in our churches are hearing (and often heeding) this uncertain sound about the accuracy of the Bible from its very start. As a result, many Christians are not really sure about what they believe. Meanwhile, they hear the secular world—speaking with authority—telling them they know exactly what to believe!

In Mark 1:22 we read that many people were astonished with Christ’s teaching, for He spoke as one having authority. Today, we can speak with this same authority, because we have the Word of God! Jesus Christ, the Creator and the Word, has given us the Bible, and He told us how He created all things.

Furthermore, He has given us a very specific history from the Old Testament to the New Testament—a history that is foundational to all doctrine, including the gospel (in Genesis 3). It’s the true history of the world that tells us where we all came from and what our problem is (sin), and the solution—salvation through Christ.

What a difference it would make if Christians started speaking with authority and then witnessed to the world! That we do know what we believe—and it is the truth because it is the Word of God!

You can help proclaim the vital creation/gospel message not only through purchasing resources for your church and family to use, but also through a donation to AiG. Thank you!

Previous Article The “Disease” of Millions of Years Next Article As Easy as . . . Well, ABC!