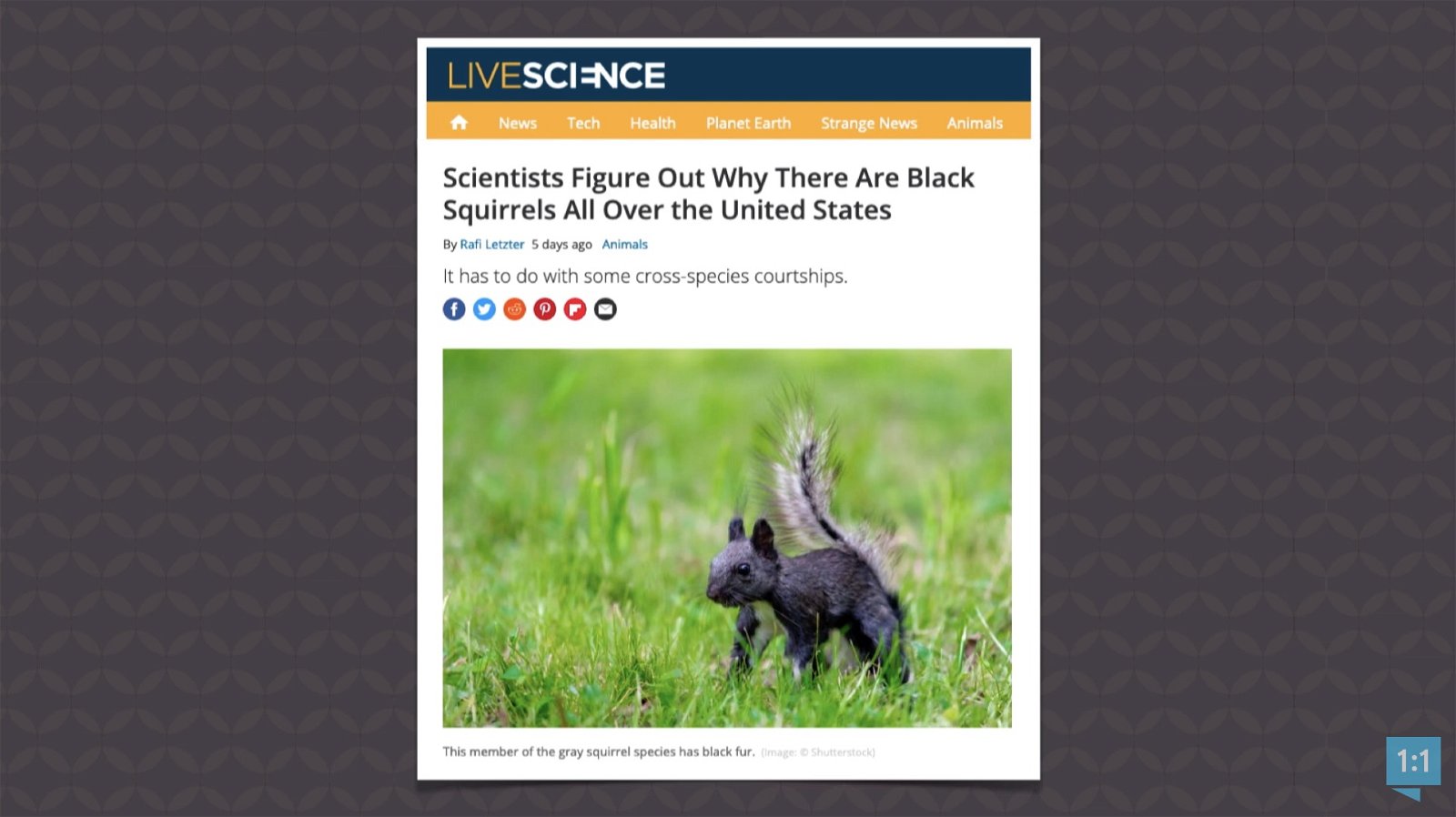 A recent study reports that 1% of squirrels in North America have black fur, instead of gray or red. This study found that the black fur is caused by a variant form of the same gene in both gray squirrels and fox (red) squirrels. They believe the most likely explanation is both squirrel species have this same variation because of interbreeding. Is this surprising?

We know from the book of Genesis that organisms reproduce according to their kinds.

Well, both squirrel species belong to the same created kind, the squirrel kind (the family Sciuridae, which also includes chipmunks, marmots, and prairie dogs). We know from the book of Genesis that organisms reproduce according to their kinds. There is great variation within a kind (because of the genetic variation already present in the DNA of each kind, put there by God from the very beginning), but one kind of organism will never turn into another kind. Our research shows clearly that in most instances, the word “kind” translated from the Hebrew word min corresponds to the “Family” level of classification.”

In the article, the author talks about supposed squirrel evolution and how these species share a common ancestor. And, indeed, they do—they share a common ancestor in the original created squirrel kind. Those representatives of the squirrel kind were given genetic diversity by God (including, perhaps, this gene variation, although it may also be the result of a mutation). Two of their descendants survived the global flood on the ark, and the squirrel species (as well as other members of this particular kind) that we see running and climbing around today highlight the diversity within the squirrel kind. But this has nothing to do with evolution in the molecules-to-man sense!

Squirrels don’t share a common ancestor with all other life on earth. No one has ever observed one kind changing into another kind. And, of course, that’s because God created everything to reproduce according to its kind! So, we don’t expect one kind to change into another kind, and we never observe that happening.

What we see in observational science always confirms God’s Word.

The item was discussed on Monday on Answers News with cohosts Bodie Hodge and Avery Foley, and frequent guest Roger Patterson. Answers News is our weekly news program filmed live before a studio audience here at the Creation Museum and broadcast on my Facebook page and the Answers in Genesis Facebook page. We also covered the following topics:

Watch the entire episode of Answers News for August 26, 2019.

Previous Article What Does It Take to Make Costumes for a New Creation Museum Exhibit? Next Article Ark Encounter or Disney World?