Judge Rules in Favor of Transgender Student in Restroom Case 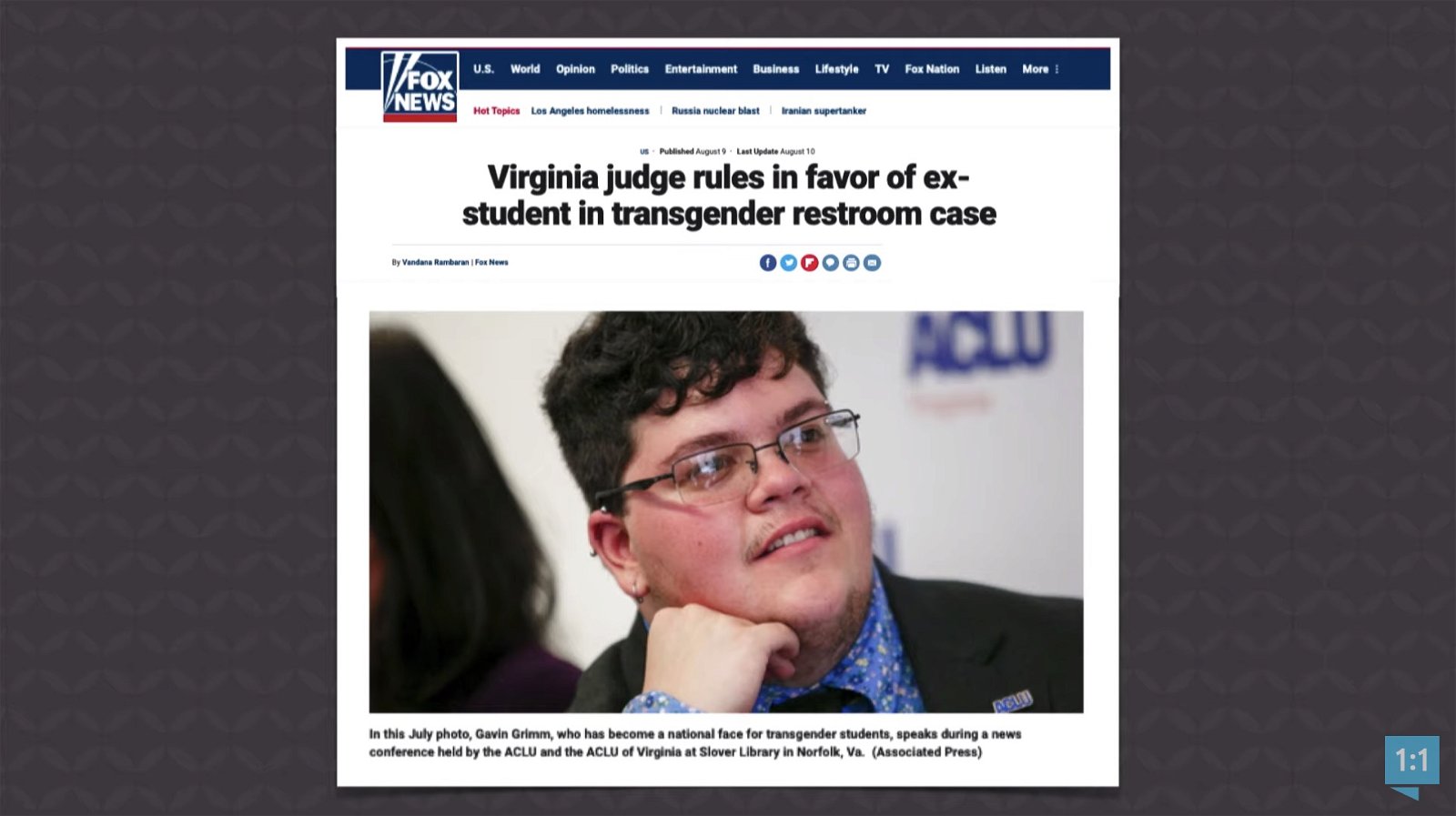 After four years, a case in Virginia involving a transgender student and restrooms has been settled by a federal judge. The case was decided in favor of the transgender student (now a 20-year-old). The student was told “he” (really, she) could not use the male restroom, but could use a gender-neutral facility. She then sued the school for discrimination against her chosen gender identity.

In her decision, the federal judge ruled the school’s policy was discriminatory:

Of course, the other students who use the restroom facilities were not “similarly situated” because the other girls were not trying to use the male restrooms. The only way the judge’s statement even makes sense is if you ignore biology and believe subjective feelings determine reality, rather than biology and the biblical truth that we have been created male and female (Genesis 1:27). But there’s another issue the world won’t recognize: the effects of sin! This bathroom case involves moral issues!

This case is just another example of a culture unhinged from the truth of God’s Word.

This case is just another example of a culture unhinged from the truth of God’s Word (and from observational science!). And, really, it shows how little many people, including some judges, care about discriminating against others. By deciding in favor of the transgender student, they are potentially making all the other students in the school uncomfortable (and potentially unsafe) as biological males can now use the female restroom, and vice versa. It’s the other students who are currently discriminated against! But it seems no one cares if those students’ beliefs or wishes are being ignored. Instead, a very small minority of the population is driving the culture.

Many people will argue this is a complicated issue. But it’s only “complicated” because our culture has abandoned the truth of God’s Word. Because when we start with God’s Word, the truth is obvious—we are created male and female (Genesis 1:27; Matthew 19:4), and our sex/gender doesn’t lie in subjective feelings but in a biological, God-given reality.

The item was discussed on Monday on Answers News with cohosts Bodie Hodge and Avery Foley, and frequent guest Roger Patterson. Answers News is our weekly news program filmed live before a studio audience here at the Creation Museum and broadcast on my Facebook page and the Answers in Genesis Facebook page. We also covered the following topics:

Watch the entire episode of Answers News for August 26, 2019.

Previous Article Ark Encounter or Disney World? Next Article “I’ve Been Confused for Many Years”