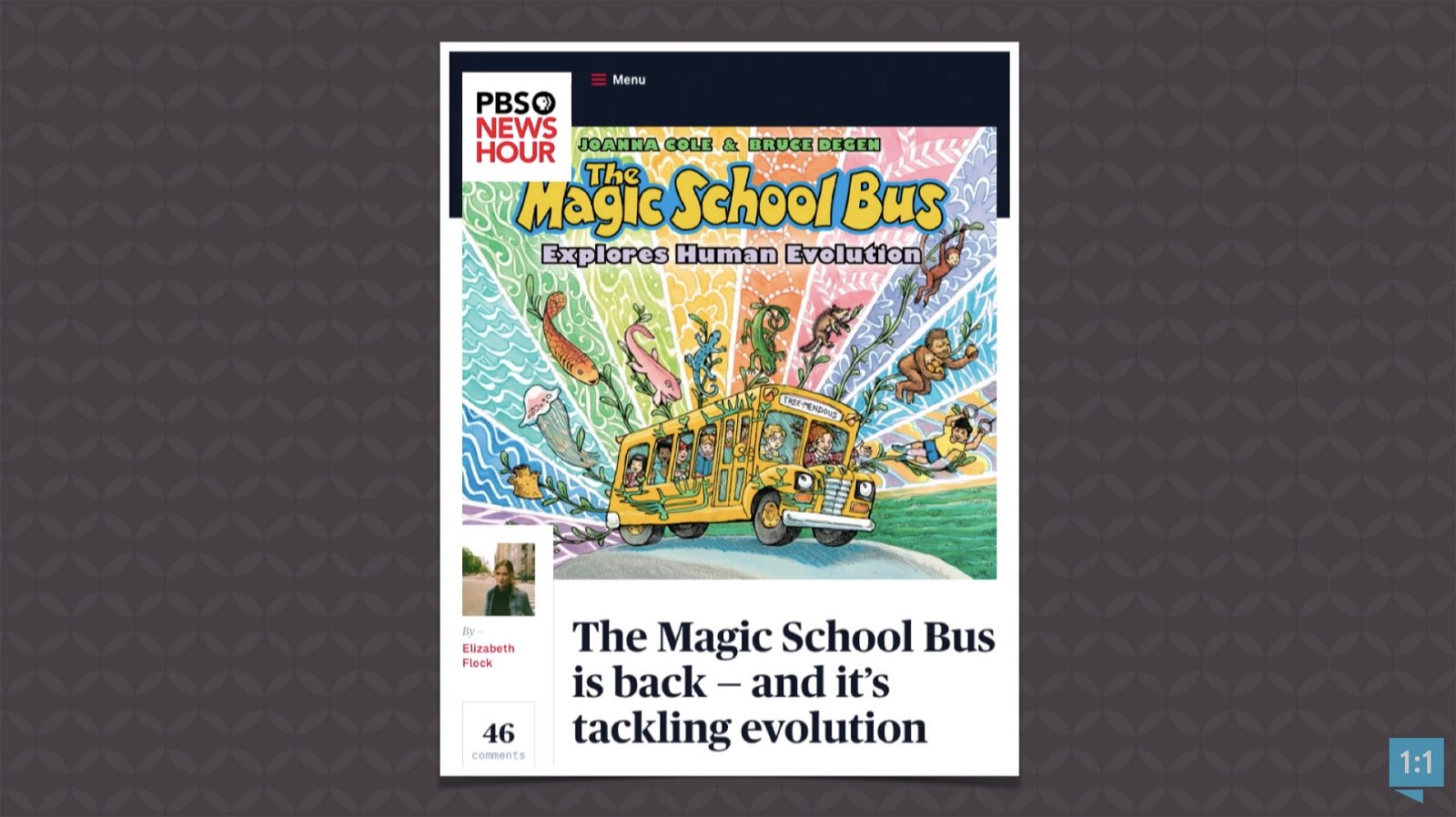 Most people are familiar with the popular 1990s animated TV show, The Magic School Bus, spawned from a book series of the same title. This show was brought back by Netflix (as The Magic School Bus Rides Again) in 2017, and the authors have a new book planned for release next summer, The Magic School Bus Explores Human Evolution. Well, when it comes to this particular book—“magic” is a good word to use because they’re trying to trick (indoctrinate) kids to see something that didn’t happen and isn’t happening!

The authors say that it’s important to teach children about evolution, including human evolution, because “it is still at work today” (largely thanks to climate change, the author claims) and because, quoting evolutionary biologist Theodosius Dobzhansky, “nothing in biology makes sense except in the light of evolution.”

The only example of the so-called continuing of evolution given in the interview is bacterial resistance. But this isn’t evolution. The bacteria aren’t gaining anything new. Their resistance is a result of the reshuffling, loss, or corruption (mutation) of already existing genetic information. Nothing new is being added! But evolution would require the addition of brand-new genetic information to form features that were never there before. And we never observe that in bacteria or anywhere else, ever! 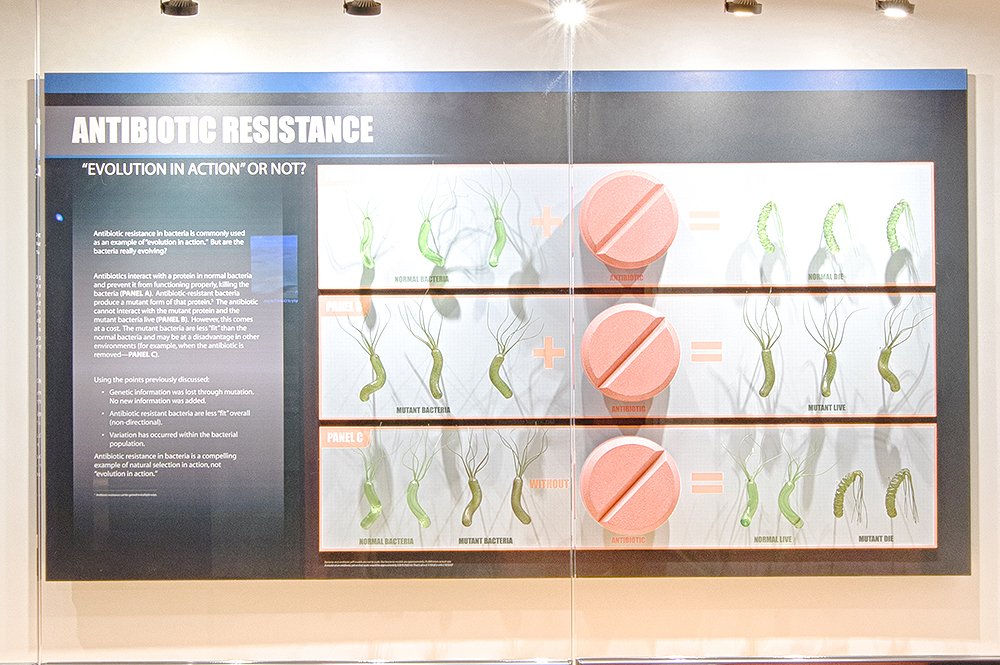 The author quotes Dobzhansky (who made his statements nearly a century ago) as saying that nothing in biology makes sense unless you view it through the lens of evolution. But that’s simply not true. What we observe is actually consistent with what we call the “creation orchard” view. 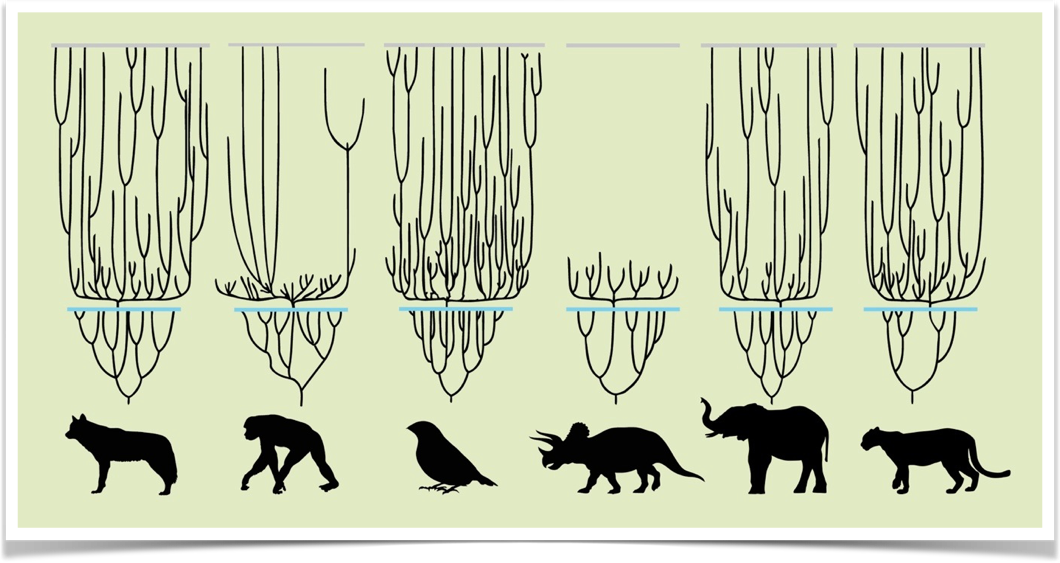 In this view, God created each kind with a massive amount of genetic variety. Organisms always reproduce according to their kind (at about the level of family in our modern classification system in most instances). There’s a great deal of variety within a kind (resulting in different species, e.g., wolves and coyotes, that belong to the same kind—the dog kind), but organisms always reproduce according to their kind.

We see organisms reproducing according to their kind—we never observe one kind turning into another kind.

This matches what we observe. We see organisms reproducing according to their kind—we never observe one kind turning into another kind. We also don’t observe information (e.g., DNA, a highly complex language system) arising by itself. Information always comes from other information, and ultimately a mind. (In the case of DNA, the mind is the Creator God.) In order to turn a single cell into a human, as this new book says happened in the distant past, you would need massive amounts of brand-new genetic information—but there is no naturalistic mechanism that can produce this information!

Evolution is “magic”—it’s a belief accepted by faith (actually, it’s a blind faith). Evolution is a religion And there will be real implications for the children who will read this book. If we evolved, life has no ultimate meaning or purpose. There is no God to whom we are accountable, so we decide right from wrong—and when we die, that’s it, we’re dead. It’s a worldview of ultimate meaninglessness, hopelessness, and purposelessness. I’m sure these ideas won’t be discussed in The Magic School Bus Explores Human Evolution, but those are the beliefs that stem naturally from a belief in evolution.

Instead of teaching children that they came from some imaginary first cell billions of years ago, let’s teach them the truth of their origins. And that truth is found in God’s Word. They were fearfully and wonderfully created by God and are descendants of the first two people, Adam and Eve. God’s original creation was perfect (Genesis 1:31), but Adam and Eve rebelled against God (Genesis 3) and now creation is broken. It’s filled with death and suffering, and condemnation came upon all of mankind because of Adam’s sin and our sin (Romans 5:12, 5:18). But Jesus Christ stepped into history as the God-man, lived a perfect life, and died on the cross in our place, taking for us the penalty of death that we deserve because of our sin (Romans 5:18–19, Romans 6:23). Now, Christ offers the free gift of eternal life to all who will repent and put their faith and trust in Christ and his work on the cross.

That’s the true origins story every child needs to hear! 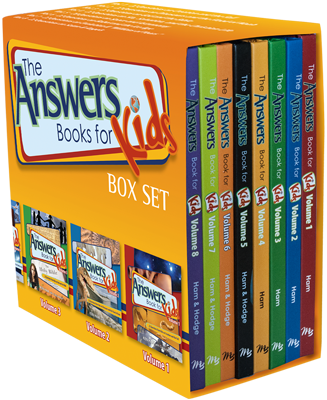 We want the next generation to think biblically and to understand that science confirms the Bible, from the very beginning. That’s why we offer so many resources for children of all ages. I encourage you to fill your children’s library with these faith-affirming resources that will encourage and equip them to view the world through the lens of Scripture.

Here are just a few of the resources we offer for children:

To see everything that we offer, visit us at AnswersBookstore.com.

This item was discussed today on Answers News with cohosts Dr. Georgia Purdom, Avery Foley, and Dr. Gabriela Haynes. Answers News is our weekly news program filmed live before a studio audience here at the Creation Museum and broadcast on my Facebook page and the Answers in Genesis Facebook page. We also covered the following topics: