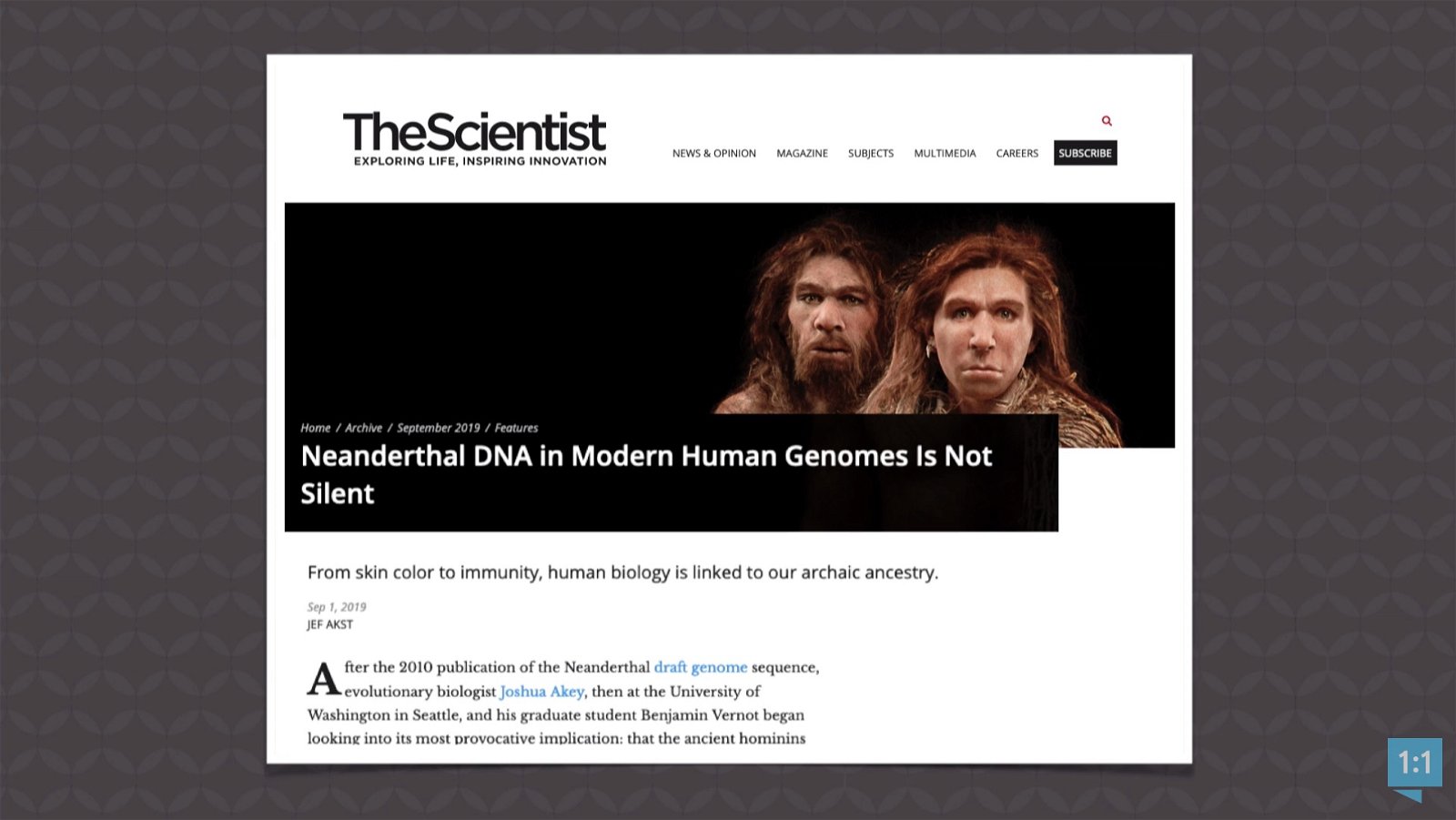 A rather lengthy article appeared recently in The Scientist regarding Neanderthal DNA and its appearance in our own genome. Contrary to what evolutionists expected, Neanderthals and what they call modern humans had children together. Since this was an unexpected (in their view) discovery, researchers have been digging to see what marks Neanderthals left in our DNA. And they’ve found that those marks may influence (in some people of certain descent) skin shade, immunity, susceptibility to depression, and even whether someone is a night owl or a morning person. What does this tell us from a creationist perspective?

Neanderthals were descendants of Adam and Eve, just like us.

The genetic variants that make Neanderthals unique were likely present in the genomes of one or more of the eight people who survived the flood on the ark. And, following the flood, at the Tower of Babel, the human gene pool was split apart when God confused the languages and people spread over the earth leading to the formation of the different people groups (with unique cultures). Each population took a unique combination of genetic information with them, and that includes the human variety, including what we call Neanderthals today.

Neanderthals aren’t a mystery. They were simply humans, made in God’s image, who lived during a difficult time in earth’s history: the post-flood world and the ice age that followed the flood.

This item was discussed Monday on Answers News with cohosts Dr. Georgia Purdom, Avery Foley, and Dr. Gabriela Haynes. Answers News is our weekly news program filmed live before a studio audience here at the Creation Museum and broadcast on my Facebook page and the Answers in Genesis Facebook page. We also covered the following topics: