Milking Roaches for All They’re Worth: An Unlikely Reminder of God’s Provision

When you think of roaches, you probably imagine the flash of brown darting across the room; the crunch beneath your sneaker; the ominous, twitching antennae; that terrifying moment you learned they could fly.

In your nightmares, you probably picture the German or American cockroach, two species that most commonly infest homes. But to squash the roach stereotype, you should know that there are over 4,000 species of cockroaches around the world. Though this bit of info might not bring you peace of mind, it might help you to know that not all roaches are the same. The domino cockroach in India is black with white spots; the Cuban cockroach is grass green; the Mitchell’s diurnal cockroach in Australia has blue legs and yellow stripes; and a rare Ecuadorian cockroach, Luchihormetica luckae, glows in the dark. Roach sizes also vary; for instance, the rhinoceros cockroach is the heaviest, weighing up to 35g, and the Central American giant cockroach is the longest at over three inches in length with a five- to six-inch wingspan. 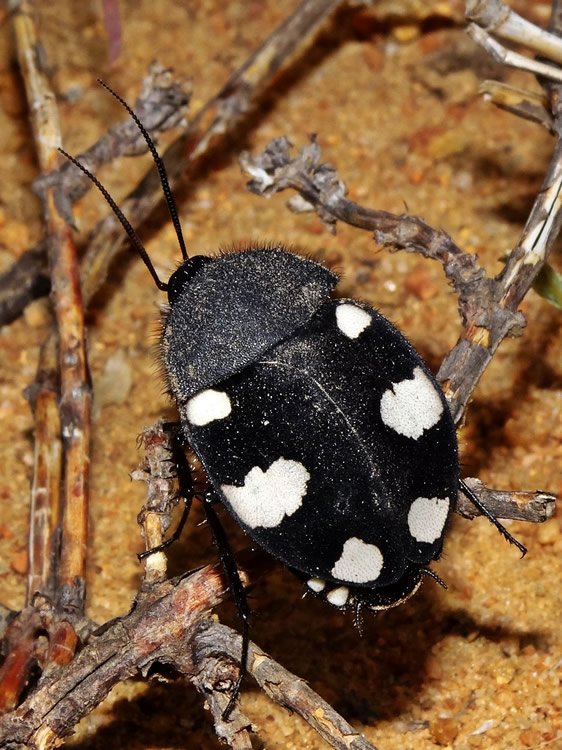 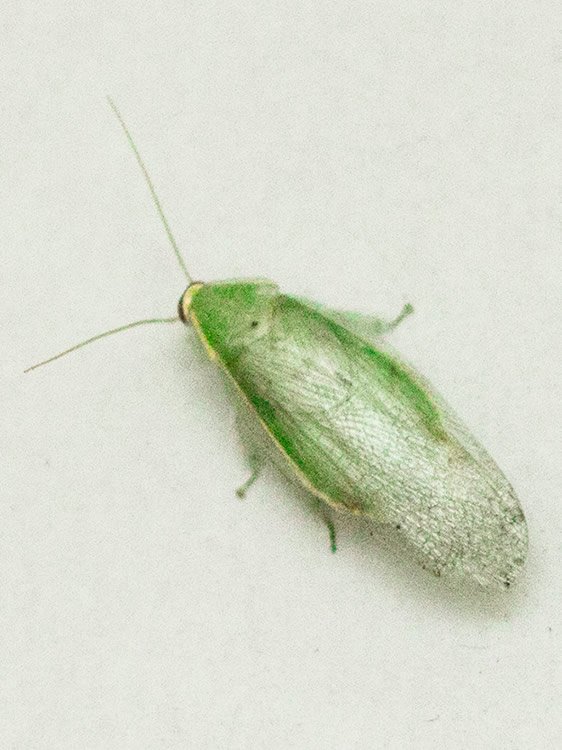 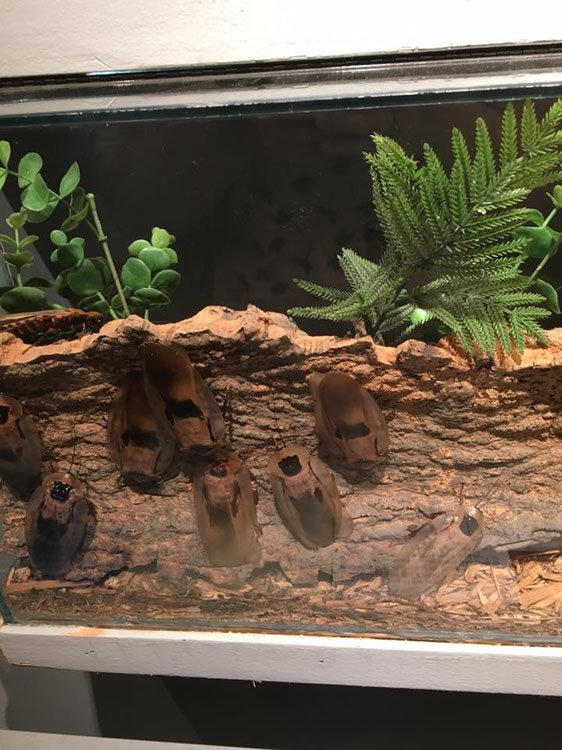 The world is veritably crawling with roaches (and now your skin is probably crawling too). When you crunch these numbers, you might be left to wonder if roaches are good for anything. Were they created as some kind of post-Fall, creepy-crawly judgment? Of course not! God created roaches on Day Six along with all other terrestrial creatures and man.1 And what’s more, in the beginning, God called them “very good” (Genesis 1:24–31).

Now roaches roam the domain of the dark and filthy (and occasionally your house). Initially, however, in the Garden of Eden, roaches probably did what they still do best—break down decayed plant and waste matter. Our resourceful Creator, who also made bees and butterflies to pollinate plants and ants to aerate the soil, made some insects, like roaches, to be the earth’s cleanup crew. The world would get overrun with muck pretty quickly if it weren’t for roaches and their impeccable decomposition skills. But roaches are good for more than eating dead and smelly stuff.

Roaches are good for more than eating dead and smelly stuff.

Scientists use roaches in laboratory testing, especially in areas such as social behavior and neurobiology. Roaches provide researchers inspiration for designing microrobotics2 and new prosthetic legs.3 Ironically, the roach has also been helping researchers discover new antibiotic treatments for super bugs such as MRSA and disease-causing strains of E. coli.4

Some Chinese researchers add powdered cockroaches in their pharmaceuticals and have used roach-based cream to help treat burn victims. As of 2013, pharmaceutical companies in China and South Korea were experimenting with using cockroaches as a vitamin supplement and as a treatment for baldness, AIDS, and cancer.5

Most recently, scientists found what might be yet another roachy resource. The Pacific beetle cockroach (Diploptera punctata), which lives in Hawaii, is the only roach known to give birth to live young (also known as being viviparous). While the baby roaches are in the brood sac (a sort of uterus for the roach), the mother roach releases a liquid substance to feed the babies, similar to the milk that mammal mothers produce for their young.

Though scientists have known about this liquid for some time, Barbara Stay, a zoologist at the University of Iowa, was the first to discover the curious properties of this “milk.”6 When the baby roaches consume the mother’s “milk,” the protein crystalizes in their midgut (an invertebrate’s equivalent to a vertebrate’s small intestines).

Further study by the Institute for Stem Cell Biology and Regenerative Medicine in Bengaluru, India, revealed the unique genetic structure of the “milk” protein crystals. According to Sanchari Banerjee, an author of a paper on this study, said, "The crystals are like a complete food—they have proteins, fats and sugars. If you look into the protein sequences, they have all the essential amino acids."7

Another unique factor is the “milk’s” timed-release nutrients. As the baby roach digests the “milk,” the crystals release the proteins at a rate equal to the digestion.

It is this powerhouse of nutrition and timed-release capabilities that has scientists excited. With at least three times the nutrition and caloric content as buffalo milk (previously the milk having the highest caloric content) and four times the nutritional value of cow’s milk, imagine the potential for including roach “milk” in energy drinks and protein supplements! The high-nutritional value also interests scientists who are searching for ways to feed the world’s growing population. This substance might someday be a boon for undernourished people around the world. That is, if it’s safe for humans to consume. The verdict is still out on that.8

The Worst Idea Ever?

The idea of eating roach by-products is enough to make most people gag. But consider this: cultures around the world already eat cockroaches as delicacies, along with other insects for an everyday source of nutrition.9 Now, before you look at these people too bug-eyed, remember that God condoned crickets, locusts, and grasshoppers as clean to eat (Leviticus 11:22),10 and even John the Baptist ate locust in the wilderness with a side of honey (Matthew 3:4).11 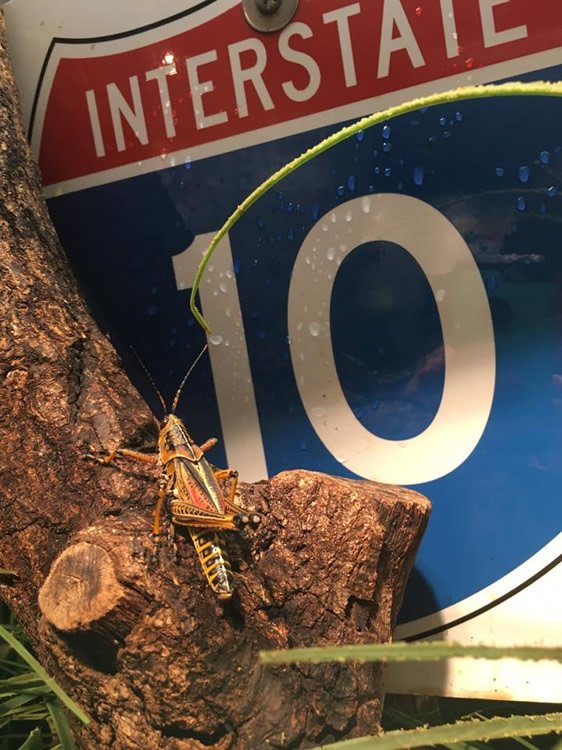 It’s understandable that the idea creeps us out but keep in mind some other less-than-appetizing food options that we’ve grown fond of. When you drizzle honey on your toast, you are eating bee vomit. That cup of Jell-O jiggling in your lunchbox is made from animal bones, hooves, and connective tissue. Do you like cherry-flavored candy or bright red lipstick? Many red food and cosmetic products include an ingredient called carmine, a food colorant derived from a crushed African insect.12 So just because drinking roach “milk” sounds disgusting, doesn’t mean it’s the worst idea ever. It just means that we’re trying to milk roaches for all they’re worth.

If you’re still reading this article, I have good news to reward your stoutheartedness (and stoutstomachedness): you don’t have to worry about scientists setting up tiny milking stations in miniature barns and selling roach milk by the thimbleful. The real news about roach milk is that, with the genetic structure figured out, researchers might be able to reproduce roach “milk” in a lab, possibly through bioengineered yeast, a method already implemented in the food industry.

But wait—there’s more! As often happens in science, one discovery leads to another. Scientists are intrigued with this genetic sequence not only because of the possibility of creating a new super food, but also because of how the milk crystal’s unique protein structure and release capabilities could contribute to improving pharmaceuticals.13

Reminders from a Roach

Though they probably don’t realize it, these scientists are fulfilling God’s command by researching roach milk. Genesis 1:28 tells us that when God created the world He gave man dominion over the earth. Since that time, man has been discovering everything he can about our planet. Of course this command was complicated when Adam disobeyed God, bringing the Curse on the earth (Genesis 3). But even post-Fall, God gave man the ingenuity necessary to find plentiful resources, and He offers wisdom through a relationship with Him (Proverbs 9:10).

In learning more about God’s creation, we come to know Him better. God’s creativity is as infinite as He is, and discoveries like the protein sequence in roach milk point back to our amazing Creator. Isn’t it exciting to know that God has created innumerable resources for us—even some that we haven’t figured out yet?

Even if scientists never find a way to mass-produce the properties of roach milk for human consumption or incorporate its unique qualities in pharmaceuticals, we’ve uncovered one more awesome way that the Creator designed a creature to care for its young. It should remind us to praise Him for how much He cares for us.

How precious is Your lovingkindness. (Psalms 36:6–7)