Can Creationists Be “Real” Scientists?

by Dr. Jason Lisle on May 13, 2010
Featured in The New Answers Book 2
Share:
Email Using:
Gmail Yahoo! Outlook Other

Some evolutionists have stated that creationists cannot be real scientists.

Some evolutionists have stated that creationists cannot be real scientists. Several years ago, the National Academy of Sciences published a guidebook entitled Teaching about Evolution and the Nature of Science.1 This guidebook states that biological evolution is “the most important concept in modern biology, a concept essential to understanding key aspects of living things.” Famous geneticist Theodosius Dobzhansky stated that “nothing in biology makes sense except in the light of evolution.”2

But is a belief in particles-to-people evolution really necessary to understand biology and other sciences? Is it even helpful? Have any technological advances been made because of a belief in evolution?

Although evolutionists interpret the evidence in light of their belief in evolution, science works perfectly well without any connection to evolution. Think about it this way: is a belief in molecules-to-man evolution necessary to understand how planets orbit the sun, how telescopes operate, or how plants and animals function? Has any biological or medical research benefited from a belief in evolution? Not at all. In fact, the PhD cell biologist (and creationist) Dr. David Menton has stated, “The fact is that though widely believed, evolution contributes nothing to our understanding of empirical science and thus plays no essential role in biomedical research or education.”3 And creationists are not the only ones who understand this. Dr. Philip Skell, Emeritus Evan Pugh Professor of Chemistry, Penn State University, wrote:

I recently asked more than 70 eminent researchers if they would have done their work differently if they had thought Darwin’s theory was wrong. The responses were all the same: No.

I also examined the outstanding biodiscoveries of the past century: the discovery of the double helix; the characterization of the ribosome; the mapping of genomes; research on medications and drug reactions; improvements in food production and sanitation; the development of new surgeries; and others. I even queried biologists working in areas where one would expect the Darwinian paradigm to have most benefited research, such as the emergence of resistance to antibiotics and pesticides. Here, as elsewhere, I found that Darwin’s theory had provided no discernible guidance, but was brought in, after the breakthroughs, as an interesting narrative gloss. . . . From my conversations with leading researchers it had became [sic] clear that modern experimental biology gains its strength from the availability of new instruments and methodologies, not from an immersion in historical biology.4

The rise of technology is not due to a belief in evolution, either. Computers, cellular phones, and DVD players all operate based on the laws of physics, which God created. It is because God created a logical, orderly universe and gave us the ability to reason and to be creative that technology is possible. How can a belief in evolution (that complex biological machines do not require an intelligent designer) aid in the development of complex machines, which are clearly intelligently designed? Technology has shown us that sophisticated machines require intelligent designers—not random chance. Science and technology are perfectly consistent with the Bible, but not with evolution.

Historical events cannot be checked scientifically in the present.

But historical events cannot be checked scientifically in the present. This is because we do not have access to the past; it is gone. All that we have is the circumstantial evidence (relics) of past events. Although we can make educated guesses about the past and can make inferences from things like fossils and rocks, we cannot directly test our conclusions because we cannot repeat the past. Furthermore, since creationists and evolutionists have very different views of history, it is not surprising that they reconstruct past events very differently. We all have the same evidence; but in order to draw conclusions about what the evidence means, we use our worldview—our most basic beliefs about the nature of reality. Since they have different starting assumptions, creationists and evolutionists interpret the same evidence to mean very different things.

Ultimately, biblical creationists accept the recorded history of the Bible as their starting point. Evolutionists reject recorded history, and have effectively made up their own pseudo-history, which they use as a starting point for interpreting evidence. Both are using their beliefs about the past to interpret the evidence in the present. When we look at the scientific evidence today, we find that it is very consistent with biblical history and not as consistent with millions of years of evolution. We’ve seen in this book that the scientific evidence is consistent with biblical creation. We’ve seen that the geological evidence is consistent with a global Flood—not millions of years of gradual deposition. We’ve seen that the changes in DNA are consistent with the loss of information we would expect as a result of the Curse described in Genesis 3, not the hypothetical gain of massive quantities of genetic information required by molecules-toman evolution. Real science confirms the Bible.

It shouldn’t be surprising that there have been many real scientists who believed in biblical creation. Consider Isaac Newton (1642–1727), who codiscovered calculus, formulated the laws of motion and gravity, computed the nature of planetary orbits, invented the reflecting telescope, and made a number of discoveries in optics. Newton had profound knowledge of, and faith in, the Bible. Carl Linnaeus (1707–1778), the Swedish botanist who developed the double-Latin-name system for taxonomic classification of plants and animals, also believed the Genesis creation account. So also did the Dutch geologist Nicolaus Steno (1638–1686), who developed the basic principles of stratigraphy.

Even in the early 19th century when the idea of millions of years was developed, there were prominent Bible-believing English scientists, such as chemists Andrew Ure (1778–1857) and John Murray (1786?–1851), entomologist William Kirby (1759–1850), and geologist George Young (1777–1848). James Clerk Maxwell (1831–1879) discovered the four fundamental equations that light and all forms of electromagnetic radiation obey. Indeed, Maxwell’s equations are what make radio transmissions possible. He was a deep student of Scripture and was firmly opposed to evolution. These and many other great scientists have believed the Bible as the infallible Word of God, and it was their Christian faith that was the driving motivation and intellectual foundation of their excellent scientific work.

Today there are many other PhD scientists who reject evolution and believe that God created in six days, a few thousand years ago, just as recorded in Scripture. Russ Humphreys, a PhD physicist, has developed (among many other things) a model to compute the present strength of planetary magnetic fields,5 which enabled him to accurately predict the field strengths of the outer planets. Did a belief in the Bible hinder his research? Not at all. On the contrary, Dr. Humphreys was able to make these predictions precisely because he started from the principles of Scripture. John Baumgardner, a PhD geophysicist and biblical creationist, has a sophisticated computer model of catastrophic plate tectonics, which was reported in the journal Nature; the assumptions for this model are based on the global flood recorded in Genesis. Additionally, think of all the people who have benefited from a magnetic resonance imaging (MRI) scan. The MRI scanner was developed by the creationist Dr. Raymond Damadian.6 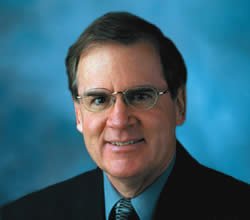 Consider the biblical creationists Georgia Purdom and Andrew Snelling (both authors in this book), who work in molecular genetics and geology, respectively. They certainly understand their fields, and yet are convinced that they do not support evolutionary biology and geology.7 On the contrary, they confirm biblical creation.

I have a PhD from a secular university and have done extensive research in solar astrophysics. In my PhD research, I made a number of discoveries about the nature of near-surface solar flows, including the detection of a never-before-seen polar alignment of supergranules, as well as patterns indicative of giant overturning cells. Was I hindered in my research by the conviction that the early chapters of Genesis are literally true? No, it’s just the reverse. It is because a logical God created and ordered the universe that I, and other creationists, expect to be able to understand aspects of that universe through logic, careful observation, and experimentation.

Clearly, creationists can indeed be real scientists. And this shouldn’t be surprising since the very basis for scientific research is biblical creation. This is not to say that noncreationists cannot be scientists. But, in a way, an evolutionist is being inconsistent when he or she does science. The big-bang supporter claims the universe is a random chance event, and yet he or she studies it as if it were logical and orderly. The evolutionist is thus forced to borrow certain creationist principles in order to do science. The universe is logical and orderly because its Creator is logical and has imposed order on the universe. God created our minds and gave us the ability and curiosity to study the universe. Furthermore, we can trust that the universe will obey the same physics tomorrow as it does today because God is consistent. This is why science is possible. On the other hand, if the universe is just an accidental product of a big bang, why should it be orderly? Why should there be laws of nature if there is no lawgiver? If our brains are the by-products of random chance, why should we trust that their conclusions are accurate? But if our minds have been designed, and if the universe has been constructed by God, as the Bible teaches, then of course we should be able to study nature. Science is possible because the Bible is true.

Previous Chapter Is the Intelligent Design Movement Christian? Next Chapter How Should a Christian Respond to “Gay Marriage”?