DNA from an ancient horse’s foot suggests horses have been horses for a long time.

An old horse has reportedly set a new record, not for winning a race but for providing the oldest genome yet sequenced. A horse’s foot bone, found at Thistle Creek in the Canadian Yukon, has given up its genetic secrets to the research team of University of Copenhagen’s Eske Willerslev. Improved technology combined with the preservative role of the cold permafrost made it possible to sequence 70% of the horse’s genome. Believing the sequenced DNA to be 560,000 to 780,000 years old, coauthor Ludovic Orlando says, “We have beaten the time barrier. All of a sudden, you have access to many more extinct species than you could have ever dreamed of sequencing before.”

Comparison of the Thistle Creek horse’s genome with the genomes of modern domestic horses, a donkey, the wild Przewalski’s horse, and a Late Pleistocene horse suggests that all contemporary horses, zebras, and donkeys are descended from the same kind of ancestral horse. The genetic variation credited with enhancing racing performance, incidentally, is found only in our modern domestic horses. 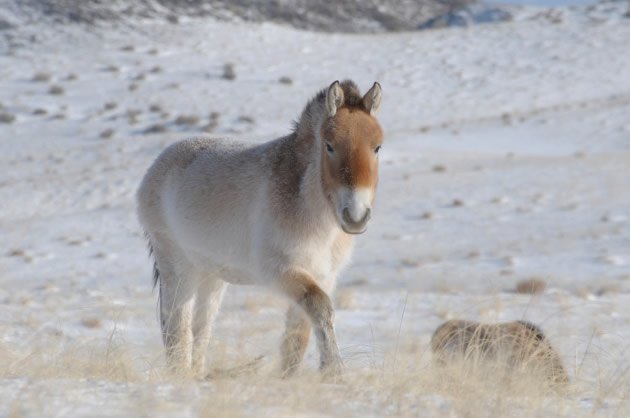 Asked to speculate on the Thistle Creek horse’s appearance, Willerslev said, since even the Przewalski’s horse differs somewhat from modern domestic breeds, “I would definitely say it would not look like a horse as we know it . . . but we would expect it to be a one-toed horse.”

These findings confirm what was already clear on the basis of both the Bible and biology: Zebras, horses, ponies, and donkeys are of the same created kind. Though we don’t have any three-toed horses around today to cross-breed with the one-toed variety, creation scientists consider a horse with three toes to still be a horse, a variant of the original created kind.2 In fact, the fossil record has revealed evidence of a single-toed and a three-toed horse found together.

“Pushing back the time barrier is important because it has implications for our evolutionary understanding of anything from hominins to other animals, because we can look further back in time than people have done previously,” Willerslev says. “There were many things we said wouldn't be possible in ancient DNA not that long ago, until next generation sequencing came along and all of a sudden everything has changed, and I mean everything.” 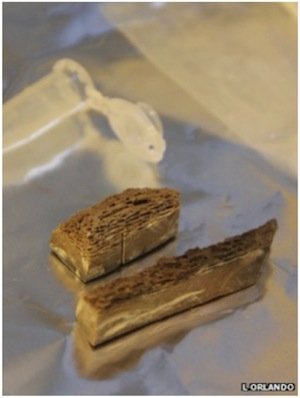 Before the Thistle Creek horse foot’s genome was sequenced, the oldest sample to have its DNA successfully sequenced was a polar bear jaw deemed to be 130,000 years old. The jaw’s age was “stratigraphically validated.” In other words, its age was based on the usual radiometric dating assumptions applied to geologic strata in the vicinity of the fossilized jaw as well as the unverifiable assumptions used to calibrate infrared stimulated luminescence dating of the sediment around the fossil.4

The presence of preserved soft tissue in some fossils has led to recovery of collagen, keratin, and even blood cells and blood vessels. Mary Schweitzer in 2012 confirmed the presence of cellular proteins and even DNA5 in dinosaur soft tissue. But identifiable DNA is not the same as sequence-able DNA. DNA degrades rapidly after an organism’s death. One study using radiocarbon dating to evaluate an extinct bird’s bones suggested DNA has a half-life of 521 years6 but noted that conditions greatly affect preservation. Thus, the fact that the small amount of soft tissue in this horse bone produced DNA that could be sequenced is indeed remarkable and attests to the quality of the technology as well as the fortuitously cold conditions. And because investigators assign the horse’s bone an age of 560,000 to 780,000 years, evolutionary scientists have now expanded their thoughts on how long DNA can last.

The Thistle Creek horse bone was not tested for the presence of carbon-14 because Willerslev thought the location of the bone in the permafrost showed it was of “infinite radiocarbon date”7 and therefore too old to have any carbon-14 remaining in it. The foot bone was assigned an age based on radiometric dating of the host tephra, volcanic ash in which the horse was buried.

Three methods were used. First was fission track dating, which is based on extrapolating the current rate of uranium fission and assuming it’s always been the same, and the samples were calibrated against a standard of “known age,” determined by Ar-Ar and U-Pb dating. Then they used paleomagnetic dating. The magnetic direction and strength “fossilized” in the rock when it cooled is measured, then compared against the paleomagnetic time scale. But that has been calibrated using K-Ar and Ar-Ar dating, which assumes today’s decay rate has been constant in the past. Third they used vertebrate paleontology, meaning the fossils in the tephra were compared to other vertebrate fossil assemblages of various “known” evolutionary ages.

So the bottom line is that as usual, once again, the dating all boils down to, and hinges on, radiometric dating methods that are subject to unverifiable assumptions about the past—decay rates, initial conditions, and no inheritance or contamination.

Applying these assigned dates to what is believed about the age of the oldest horse in the fossil record (2.0 million years),8 the investigators extrapolate backward through time to assert that a common ancestral horse evolved 4 million years ago. That they make this calculation by choosing assumptions that fit their presuppositions is illustrated by their statement that “Calibrations resulting in divergence times younger than the Thistle Creek bone age were rejected.”9 And having selected the calibration that provides internally consistent results, they write, “Our result indicates that the evolutionary timescale for the origin of contemporary equid diversity is at least twice that commonly accepted.”10 The circular reasoning underlying these dates is evident.

While we would disagree that the horse ancestor lived millions of years ago (based on radiometric dating which uses unverifiable assumptions about the past), we would agree that all horses came from a common ancestor which, according to the Bible, was on the ark only around 4,300 years ago. The similarity of this fossil horse DNA to modern horse DNA further confirms that God created animals according to their kind (Genesis 1). There is variation within the kind, but even after the proposed hundreds of thousands of years the fossil and modern horse DNA are still very similar. We don't observe the types of changes necessary for a horse to evolve into a different kind of animal.

A pair of the equine kind got off Noah’s ark about 4,300 years ago, and genetic information in that pair provided the raw material for all the equine varieties we see today. Speciation mediated through natural selection and other means enabled their descendants to adapt to many environments in the post-Flood world.

God created animals to reproduce “after their kinds.” The fact that all these animals are able to mate and produce hybrid offspring that are fun to see and name—zonkeys, zorses, zebrulas, hebras, donkras, and mules—confirms they are of the same kind. The Thistle Creek DNA data, rightly interpreted, is consistent with biblical truth.