Life as an Incubator Bird

What if your life depended on your parents’ ability to discern a narrow range of temperature without using a thermometer? If you were an unhatched Malleefowl chick, belonging to the family of birds known as incubator birds, then your life would absolutely depend on the ability of your parents to incubate their eggs between 29 to 38 degrees Celsius (average 33 degrees Celsius).

Incubator birds don’t warm their eggs by sitting on them. Instead, they build a sort of “greenhouse.” Although the humble size of a chicken, the industrious Malleefowl take on the engineering task of constructing an impressive mound for the eggs, digging about 3 feet deep and 10 feet wide (approximately 90 by 300 cm) with their large feet. Then they fill the depression with all sorts of organic material—sticks, leaves, bark, grass, sand, and soil.

Like a compost heap, this organic material begins to decompose, increasing the mound’s temperature. Using their bills and tongues, Malleefowl monitor the temperature of the mound. When the temperature of the mound reaches approximately 30 degrees Celsius (86 degrees Fahrenheit), the hen lays an egg. Every week or two for about six months, she comes to lay another egg. Altogether, she lays about 15 to 30 eggs. Compared to her body size, the eggs are quite large—around 10 percent of her body weight. By the end of her laying season, she may lay 250 percent of her body weight.

Thousands of pores in the egg allow the chick to breathe. A unique feature of these pores is that they are shaped like cones with the narrow part on the inside.1 The growing chick soon lacks air from these narrow holes. As it scrapes against the shell, the holes of the cone-shaped pores increase in size, providing more air.

The chick hatches out of the egg using its strong claws. But it isn’t free yet. For as long as 15 hours, the chick lies on its back and digs its way out of the mound. Unlike many other birds, incubator chicks hatch fully feathered and capable of finding their own food from day one—they receive no care from their parents. The Malleefowl chicks can fly within 24 hours. With no training from the parents, incubator chicks grow up to build and monitor mounds of their own. 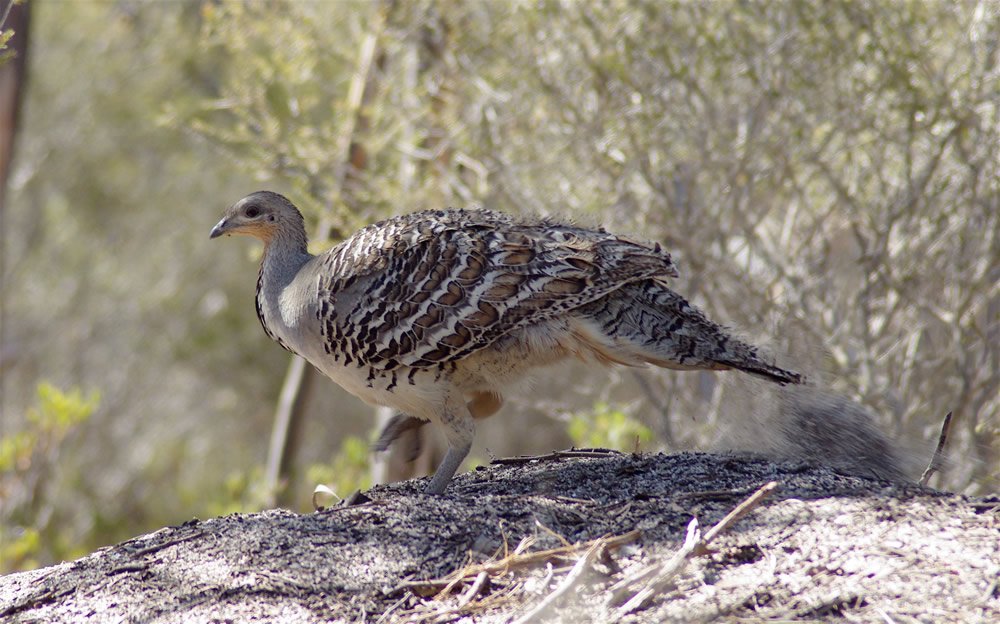 The idea of evolution proposes that life is the result of mindless chance. How could mindless chance lead to a creature as complex as the incubator bird? The Malleefowl must somehow know how to build and tweak a mound to keep the temperature within a specific range. These unique designs must have been in place all at once to prevent extinction.

Both evolution and creation are historical sciences rather than operational science because they interpret events of the past based on philosophical assumptions. Evolutionists assume that the world began with a big bang and that life evolved from nonlife to primitive life forms to higher life forms. Creationists’ starting assumption is that the Bible is God’s inerrant Word that should be trusted from the beginning verse: “In the beginning God created the heavens and the earth” (Genesis 1:1).

Creationists are not baffled by amazing creatures like the incubator bird, because the Bible says God made everything “very good” (Genesis 1:31). When creating birds on Day Five of the Creation Week, the all-wise Designer made them fully formed and functioning according to their kinds with genetic potential for variation to fill the earth (Genesis 1:20–23). No wonder we enjoy such a variety of birds, from diving penguins to flittering hummingbirds to mound-building incubator birds.

O Lord, how manifold are your works!
In wisdom have you made them all;
the earth is full of your creatures . . . .
May the glory of the Lord endure forever;
may the Lord rejoice in his works. (Psalm 104:24, 31)