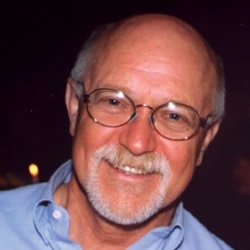 Dr. Trent Hyatt earned a BS in business administration (UC Berkeley), a ThM in New Testament literature and exegesis (Dallas Theological Seminary), and a ThD in systematic theology (University of Basel). He joined the staff of Campus Crusade for Christ in 1967, and after seven years in campus ministry in Texas and England, he helped launch the CCC ministry in Eastern Europe in 1974. He directed the ministry in East Germany from 1975 to 1991, and then became founding director and a professor at the Institute for Biblical and Theological Studies. In 2012, he stepped down from leadership of the IBTS, but continues as a research and teaching fellow.

Dr. Hyatt has taught modular courses in all the countries of Eastern Europe and many parts of the former Soviet Union, where Eastern Orthodoxy is the dominant religion. Consequently, he developed a course on the history and doctrine of Eastern Orthodoxy. He now bases his international teaching ministry out of his home in Dayton, Ohio.