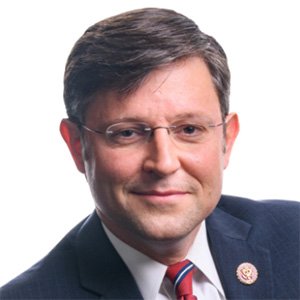 Mike is currently serving his third term in the United States Congress, representing the nearly 760,000 residents and fifteen parishes of Louisiana’s Fourth District. He was first elected in 2016, by the largest margin of victory in his region in more than 50 years.

After just four years, he has been elected to serve as Vice Chairman of the House Republicans, and served the last two years as Chairman of the Republican Study Committee, the largest caucus of Republicans in Congress, often referred to as the "intellectual arsenal" of conservatism on Capitol Hill. Mike also serves on the House Armed Services Committee and the House Judiciary Committee, where he is Ranking Member for its Subcommittee on the Constitution, Civil Rights and Civil Liberties.

Prior to his election to Congress, Mike served in the Louisiana Legislature, and for nearly 20 years, he successfully litigated high profile constitutional law cases in district and appellate courts nationwide. He is recognized nationally as a leading defender of the right to life, religious liberty, free speech, the Second Amendment and free market principles.

Mike currently teaches the Constitution and free enterprise at the Helms School of Government of Liberty University. He earned his Business Administration degree from Louisiana State University, and his Juris Doctorate from the LSU Law Center.

Mike and his wife Kelly, a former school teacher and now a Licensed Pastoral Counselor, have been married since 1999 and have four children.