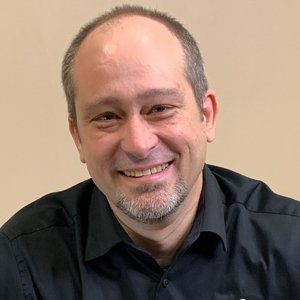 Director of Media for DeafWay Bible

Dwight is Deaf. He and his wife married in 1997 and have three daughters. After graduating with a degree in graphic design, they served with the International Mission Board from 2009-2016. In 2014, Dwight graduated from the Deaf Theological Center and was first exposed to the vision of DeafWay. In March 2016, the Lord called them back to the states where Dwight began working with DeafWay Bible as the Director of Media.