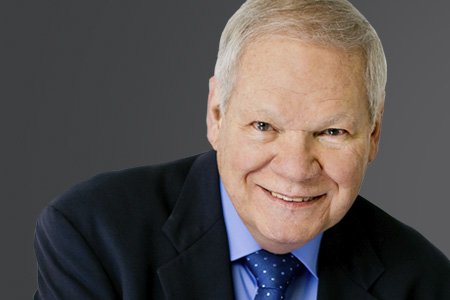 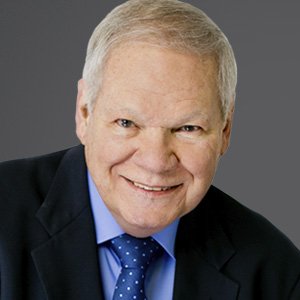 Dr. Menton was born in Mankato, Minnesota in 1938 and was baptized at a local conservative Lutheran church. Like many people who were baptized and raised by Christian parents, he has no recollection of the precise moment he became a Christian, nor does he recall a time when he was an unbeliever. As Paul said of Timothy, “from a child thou hast known the holy scriptures, which are able to make thee wise unto salvation through faith which is in Christ Jesus” (2 Timothy 3:15).

By the grace of God and through the power of the Holy Spirit, Dr. Menton grew in the knowledge of God’s Word during his youth. He was especially blessed by two years of intensive confirmation instruction where he was given a firm foundation in the Scriptures and Christian doctrine. “Remember now thy Creator in the days of thy youth, while the evil days come not, nor the years draw nigh, when thou shalt say, I have no pleasure in them” (Ecclesiastes 12:1). He came to treasure the gospel-filled hymns of his church, its abundant offering of the means of grace through the Word and Sacraments, and its beautiful and meaningful liturgy.

Dr. David Menton was born in Mankato, Minnesota, and grew up as an only child in a Christian family. He was blessed to share God’s Word as a Sunday school teacher, church elder, and president of the congregation.

Since early grades Dr. Menton had a strong interest in science of all kinds. While in grade school, he converted a small room in the basement into a well-equipped chemistry laboratory. Many of the birthday and Christmas gifts he received during childhood were of a scientific nature, including a chemistry set, mineralogy collection, microscope, telescope, and binoculars.

This lifelong interest in science led to his study of biology and chemistry at Minnesota State University in Mankato, where he graduated with a BS degree in 1959. After a six month tour of active duty in the Army Reserves, Dr. Menton worked two years as a research laboratory technician at the Mayo Clinic in Rochester Minnesota. He left Mayo to do graduate work at Brown University in Providence, Rhode Island, where he received a PhD in biology in 1966. His thesis research dealt with the effects of essential fatty acid deficiency on the structure and epidermal barrier function of skin.

During his tenure at Washington University, Dr. Menton served as the histology consultant for five editions of Stedman’s Medical Dictionary and was a guest lecturer in histology at Stanford University Medical School. He spent two summers studying an unusual wound healing mechanism in sea cucumbers (a marine invertebrate) at Woods Hole Marine Biology Laboratory on Cape Cod in Massachusetts. Dr. Menton retired in the year 2000 as an Associate Professor Emeritus after 34 years on the faculty.

Shortly after retirement, Dr. Menton joined Answers in Genesis as a speaker and researcher. He now travels and speaks for AiG throughout much of the U.S. as well as overseas, including recent events in Canada, the United Kingdom, Australia, Trinidad, Peru, and Turkey. He has also contributed numerous articles to Answers magazine and book chapters to The New Answers Book 2.

Dr. Menton is also very involved with the Creation Museum, where he works on new exhibits and gives workshops four days a week. He also conducts special workshops by arrangement for school and church groups of all ages. In the workshops he employs photographs, anatomical models, and a special video microscope to cover a wide variety of topics on life science.

Dr. Menton has written numerous articles in technical and scientific journals dealing with bone, wound healing, and the epidermal barrier function and biomechanics of skin.