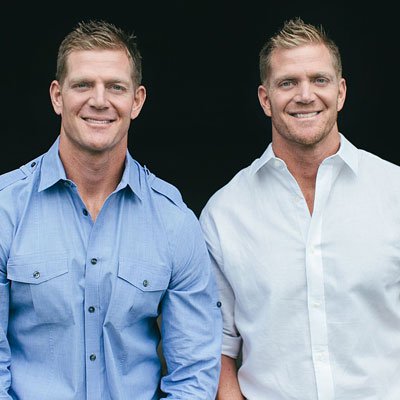 Twin brothers, David and Jason Benham, are former professional baseball players, nationally acclaimed entrepreneurs, and best-selling authors. Their rapid rise to success earned them a reality television show with HGTV that was set to air in the fall of 2014. Yet the show was abruptly cancelled because of their commitment to biblical values. Appearing on CNN, Fox News, ESPN, ABC’s Nightline and Good Morning America, the Benham's continue to stand up for what they believe. Since their show was cancelled, the brothers currently travel the country and encourage Christians to stand boldly for their faith, whatever the cost. David and Jason have a combined nine children and live on the same street in Charlotte, NC.