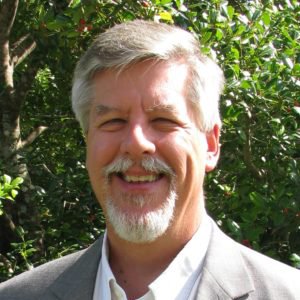 As an interdisciplinary scholar, Dr. E. Calvin Beisner, integrates the principles, tools, and methods of Biblical worldview, theology, and ethics with economics, history, and environmental science to lead the Cornwall Alliance for the Stewardship of Creation, of which he is founder and national spokesman. The Cornwall Alliance is a network of nearly 70 evangelical Christian scholars working to educate the public and policymakers about Biblical earth stewardship, economic development for the poor, and the proclamation and defense of the gospel of Jesus Christ, all tied together. He earned his B.A. in Interdisciplinary Studies in Religion and Philosophy with double minors in Classical Languages and Classical History from the University of Southern California; his M.A. in Economic Ethics from International College; and his Ph.D. in History (dissertation on the political theology of the 17th-century Scottish Covenanters, which helped shape the political thought of America’s founding fathers) from the University of St. Andrews, in Scotland.

A former newspaper reporter, editor, and publisher, he was associate professor of historical theology and social ethics at Knox Theological Seminary (2000–2008) and of interdisciplinary studies at Covenant College (1992–2000). He is the author of over a dozen books and thousands of articles, popular and scholarly, and has spoken for universities, colleges, churches, schools, and conferences in North America, Europe, Africa, and Asia. He has studied scientific aspects of climate change and the economic aspects of climate and energy policy for over 25 years and has testified as an expert witness on the subject to committees of the U.S. Senate and the House of Representatives, lectured on it for the Pontifical Institute Justice and Peace at the Vatican, and been honored with the Outstanding Spokesperson for Faith, Science, and Stewardship Award by the Heritage Foundation at the Ninth International Conference on Climate Change. He and his wife Deborah, a portrait painter, live near Memphis, TN, and have seven children and nine grandchildren.