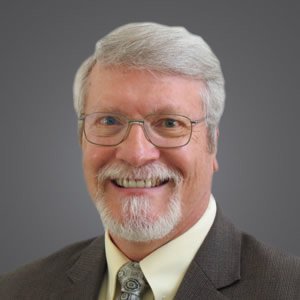 While studying for a graduate degree in computer science, Brian Catalucci began to realize that information was the building block of the entire universe.

Brian grew up in a Christian home but attended public schools that taught Darwinian evolution as man’s beginnings. Brian was a fighter pilot in the Air National Guard for 20 years, and a captain and pilot for United Airlines for over 36 years. In his early forties, he studied for a graduate degree in computer science. During that period of time, he began to realize that information was the building block of the entire universe. But where did all the information come from? He discovered that the laws of science, all of man’s inventions, and all the computer algorithms and information systems people use already exist in nature. Humans just figured out how to use them. For the first time in his life, Brian really believed there had to be a Creator God through whom all the information in the universe came into being. He found Him in the Lord Jesus Christ.

In 1993, Brian graduated with a master’s degree in computer science and engineering from the University of Colorado. For 10 years, he was president of Rocky Mountain Creation Fellowship in Denver, Colorado, where he gave presentations and worked closely with AiG to bring many highly qualified speakers on creation topics to the Denver area. Brian has appeared on both TV and radio shows regarding biblical and creation science topics, and has given many presentations all across the US on Genesis, dinosaurs, aliens and UFOs, ancient man, and the founding fathers. He is presently an adjunct speaker for Answers in Genesis on a variety of topics, including Genesis, biblical creation, science, Christian apologetics, and the inerrancy of Scripture.

Brian has been married to his wife Lise for over 37 years and they now reside in Colorado. He is currently working on his PhD dissertation in theology and apologetics.