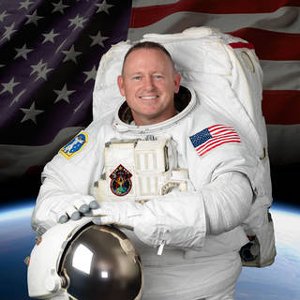 Captain Barry “Butch” E. Wilmore of the United States Navy has had a distinguished career in the US Navy, the US Air Force, and, most recently, NASA. While serving as a Naval officer and pilot, Captain Wilmore completed four operational deployments. He flew in 21 combat missions over Iraq and Bosnia in Operation Desert Storm, Desert Shield, and Southern Watch. He has also served on exchange as a Flight Test Instructor at the Air Force Test Pilot School.

In addition to a successful career in the US Armed Forces, Captain Wilmore was selected as an astronaut in July of 2000. After two years of training, he traveled to NASA’s Kennedy Space Center where he supported launch and landing operations. Captain Wilmore completed his first space flight aboard STS-129, logging more than 11 days in space. In November of 2014, Captain Wilmore took command of the International Space Station (ISS) until March 2015. During his time as commander of the ISS, he accumulated a total of 178 days in space and over 25 hours of spacewalks.

More information and Captain Wilmore’s complete biography can be found on NASA’s website at https://www.nasa.gov/astronauts/biographies/barry-e-wilmore/biography.