Are There Gaps in the Genesis Genealogies?

A common argument against young-earth creationism is that gaps exist in the genealogies listed in the fifth and tenth chapters of Genesis. The old-earth proponent assumes that if gaps exist, then one cannot claim to know an approximate age of the earth based on biblical data. As a result, they say we must rely on extra-biblical sources to discover the age of the earth. Is this claim accurate? Do the genealogies actually contain gaps (open view)? Does it even matter one way or the other?

Those in favor of an old earth usually raise two pieces of evidence. First, several biblical genealogies do contain gaps. Matthew’s record of Christ’s genealogy is probably the most obvious. Matthew 1:8 states that Joram was the father of Uzziah, yet 1 Chronicles 3:11–14 reveals that Joram was actually the great-grandfather of Uzziah (a.k.a. Azariah). Few, if any, would dispute this point. Matthew obviously sought to organize this genealogy into groups of 14: from Abraham to David, David to Babylonian captivity, and from Babylonian captivity to Christ (Matt. 1:17). This is allowable for the Jew because it was a perfectly acceptable practice to call one’s grandfather “father” or grandson, “son.”

Just because some gaps exist in some genealogies does not mean that they must occur in the Genesis genealogies.

The second bit of evidence seems much stronger. Genesis 11:12 states that Arphaxad begot Salah. A difficulty arises because Luke 3:36 states that Arphaxad was Salah’s grandfather. According to Luke, Arphaxad was the father of Cainan, who was the father of Salah (Shelah). This seems like a watertight argument against those who believe there are no gaps (closed view). Dr. Norman Geisler certainly thinks so. He stated:

Bishop James Ussher (1581–1656), whose chronology was used in the old Scofield Bible, argued that Adam was created 4004 B.C. However, his calculations are based on the assumption that there are no gaps in the genealogical tables of Genesis 5 and 11. But we know this is false.1 (italics added)

Dr. Geisler’s information concerning Ussher is correct. In fact, many scholars have “added up” the genealogies and reached a figure of approximately 4,000 years before Christ. We suggest that people should not be dogmatic on the exact date since the Bible only records the age of each person in years. It does not include months and days, so most figures could be up to a few decades off.

If they are closed, then the creation of mankind is placed somewhere around 4000 B.C., which flies in the face of all the historical and scientific evidence for a minimum date for humanity2 (bold added for emphasis).

He proceeded to argue for the open view. Dr. Geisler’s statement reveals his bias. It is simply not true that “all the historical and scientific evidence” argues for a date beyond 4000 B.C. For him, the genealogies must be open because of extra-biblical information, not because of the text itself.

It may seem as though the open view is much stronger; however, this is not the case. Dr. Jonathan Sarfati has ably refuted the claims of the open view proponents by mentioning the following facts concerning Cainan in Luke 3:36:3

So if Cainan was not in the original text in Luke 3:36, how did the name find its way there? The answer is quite simple. It is likely due to a copyist error, as Sarfati points out.5 Since the phrase “the son of Cainan” (referring to the son of Enosh) appears in Luke 3:37, it is very easy to believe that a scribe accidentally copied the name twice. This is known as dittography and is a common error made by scribes.6

For the sake of argument, let’s assume the open view is correct about the extra Cainan, which is highly unlikely considering the above information. What would this accomplish for its adherents? According to Genesis 11:12, Arphaxad was 35 years old when he begat Salah. In fact, all of the men listed from Salah to Serug were in their thirties when they had their son of record. If we must insert Cainan into the equation it will only add another 30–40 years to the age of the earth. This does not get the old-earther much closer to the tens of thousands of years required to match the alleged “facts” of history and science. Nor does it get them even close to the billions of years they need for the most-accepted age of the earth.

In addition, the open view proponent has failed to provide any evidence to demonstrate gaps in the Genesis 5 genealogy where the ages are much greater. This would certainly help their case, but the Bible rules out this possibility. Here is a list of the names in Genesis 5 and their respective ages at the birth of each one’s son whose name is included in the genealogy.

In all, there are ten generations totaling 1,556 years at Noah’s 500th year. If the open view proponent could demonstrate a gap in these genealogies, it would greatly improve his argument, but he cannot. Jude 14 tells us that Enoch was the seventh from Adam. Jude also reveals that Enoch was a prophet. This prophet gave his son Methuselah a name that means, “When he dies it shall be sent.”7 By adding up the years, we discover that Methuselah died the same year the Flood started. This biblical evidence excludes any possibility of inserting gaps into the Genesis 5 genealogies.

It seems the open view has serious problems. The first major argument is guilty of affirming the consequent and the second is not supported by historical details. The evidence is strong that the Genesis genealogies are closed. God created Adam on day 6, approximately 4,000 years before Christ. There does not seem to be any support for the notion that there are gaps in the Genesis genealogies. Even if one could be verified, it does not advance the old-earth position since it would only add a few decades or perhaps centuries, but not millions of years. 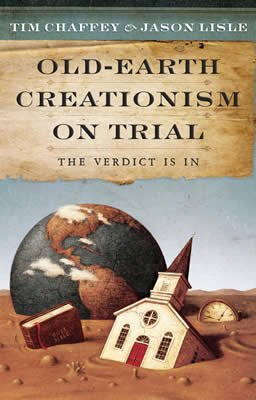 As the modern Church struggles to find a place of relevancy for a new generation that already has massive demands on its time and attention, more and more young people raised in the Church are leaving it—failing to find the answers to their questions of faith and life, beset with doubts raised by issues that the Church chooses not to address. Opting to skirt the controversy of Genesis as literal history, the biblical authority of the Holy Word is called into question and reduced to a collection of mere stories.