Science or the Bible?

Ever heard one of these claims? Perhaps you’ve even said one yourself. Over the years, we’ve heard them all—but they’re all false, or at least they imply a falsehood.

Science proves the Bible is wrong.

Evolution is science, but the Bible is religion.

I believe the Bible over science.

Creationists believe in the Bible and reject science.

The Bible’s account of beginnings cannot be tested in a laboratory, so secular scientists—and even some Christians—believe it is not science and must be classified as religion.

Secular scientists claim that their view of beginnings (evolution) can be tested in a laboratory, so their view is scientific. For instance, they point to mutated fruit flies or speciation observed in the field (such as new species of mosquitoes or fish).

But this is where many people are confused—what is meant by “science” or “scientific.”

It is helpful to distinguish between operational science and origin science, and compare how each one seeks to discover truth.

Before we get caught up in a debate about whether the Bible or evolution is scientific, we have learned to ask, “Could you please define what you mean by science?” The answer usually reveals where the real problem lies.

People are generally unaware that dictionaries give a root meaning, or etymology, of science similar to this one from Webster’s: “from Latin scientia, from scient-, sciens ‘having knowledge,’ from present participle of scire ‘to know.’”

And most dictionaries give the following meaning of the word: “the state of knowing: knowledge as distinguished from ignorance or misunderstanding.”

Although there are other uses of the word, the root meaning of science is basically “knowledge.” In fact, in the past, philosophy and theology were considered sciences, and theology was even called the “queen of the sciences.”

But over the past 200 years, during the so-called Scientific Revolution, the word science has come to mean a method of knowing, a way of discovering truth. Moreover, many people assume that modern science is the only way to discover truth.

To help people clear up the confusion, we have found it helpful to distinguish between two types of modern science, and compare how each one seeks to discover truth:

So, for example, how was the Grand Canyon formed? Was it formed gradually over long periods of time by a little bit of water, or was it formed rapidly by a lot of water? The first interpretation is based on secular assumptions of slow change over millions of years, while the second interpretation is based on biblical assumptions about rapid change during Noah’s Flood.

Can a Creationist Be a Real Scientist?

Operation science, whether done by an evolutionist or a creationist, has benefited mankind in many ways, particularly through technology. Creationists have contributed greatly in this area of science, including nineteenth-century physicists Michael Faraday and James Clerk Maxwell, and more recently Dr. Raymond Damadian, who invented the MRI imaging used by medical doctors (see here).

In origin science, creationists are discovering many things that honor the Creator’s wisdom and confirm biblical history. 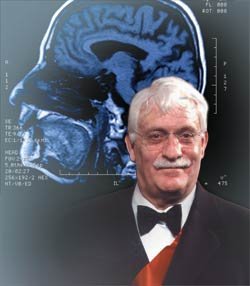 Dr. Raymond Damadian is a young-earth creationist who is also credited by many as “the man who invented the MRI scanner.” He has received numerous awards for his work and in 1989 was inducted into the National Inventors Hall of Fame. Photo courtesy Fonar Corp.

The Nature of the Debate

At this point, most people realize that the debate is not about operation science, which is based in the present. The debate is about origin science and conflicting assumptions, or beliefs, about the past.

Molecules-to-man evolution is a belief about the past. It assumes, without observing it, that natural processes and lots of time are sufficient to explain the origin and diversification of life.

Of course, evolutionary scientists can test their interpretations using operation science. For instance, evolutionists point to natural selection and speciation—which are observable today. Creation scientists make these same observations, but they recognize that the change has limits and has never been observed to change one kind into another.

Until quite recently, many geologists have used studies of current river erosion and sedimentation to explain how sedimentary rock layers were formed or eroded slowly over millions of years. In the past few decades, however, even secular geologists have begun to recognize that catastrophic processes are a better explanation for many of the earth’s rock layers.

Also during this time, creation geologists have been identifying evidence that points to the catastrophic formation of most of the rock record during the unique global Flood of Noah’s day.

These present-day observations help us to consider the possible causes of past events, such as the formation of the Grand Canyon. But operation science cannot tell us with certainty what actually happened in the past.

After we explain these two types of science, people usually begin to recognize the potential problems with the statement “evolution is science, but the Bible is religion.” Molecules-to-man evolution is not proven by operation science; instead, it is a belief about the past based on antibiblical assumptions.

The Bible, in contrast, is the eyewitness testimony of the Creator, who tells us what happened to produce the earth, the different kinds of life, the fossils, the rock layers, and indeed the whole universe. The Bible gives us the true, “big picture” starting assumptions for origin science.

Thus, creationists and evolutionists develop totally different reconstructions of history. But they accept and use the same methods of research in both origin and operation science. The different conclusions about origins arise from different starting assumptions, not the research methods themselves.

The next time someone uses the word science in relation to the creation/evolution controversy, ask him first to define what he means. Only then can you begin to have a fruitful discussion about origins.

Let us be clear. Accurate knowledge (truth) about physical reality can be discovered by the methods of both operation science and origin science. But truth claims in both areas may be false. Many “proven facts” (statements of supposed truth) about how things operate (in physics, chemistry, medicine, etc.), as well as about how things originated (in biology, geology, astronomy, etc.) have been or will be shown to be false. So, as best we can, we must be like the Bereans in Acts 17:11 and examine every truth claim against Scripture and look for faulty logic or false assumptions.

Which Worldview Is Correct?

There are many ways to test the accuracy of the biblical worldview against naturalistic atheism (the worldview that controls most origins research). When our research is based upon biblical truths about the past, we find that our interpretations of the biological and geological facts make sense of what we see in the real world, whereas evolutionary interpretations don’t really fit what we see.

Let’s look at an example. The Bible says that God created distinct groups of animals “after their kind” (see Genesis 1). Starting with this truth of the Bible as one of our assumptions, we would expect to observe animals divided into distinct groups, or kinds. Creationists postulate that our creative God placed phenomenal variability in the genes of each kind, so there could be considerable variety within each kind. But the preprogrammed mechanism for variation within the kind could never change one kind into a different kind, as evolutionists claim and their belief system requires.

Previous Article Subscriber Exclusives Next Article Monkeying with the Media