Monkeying with the Media

A Case Study of the Scopes Trial and the Media's Impact

“History is more or less bunk.” That’s the opinion Henry Ford expressed to a reporter from the Chicago Daily Tribune in 1916. Ford was well acquainted with the media’s ability to manipulate thinking about history. 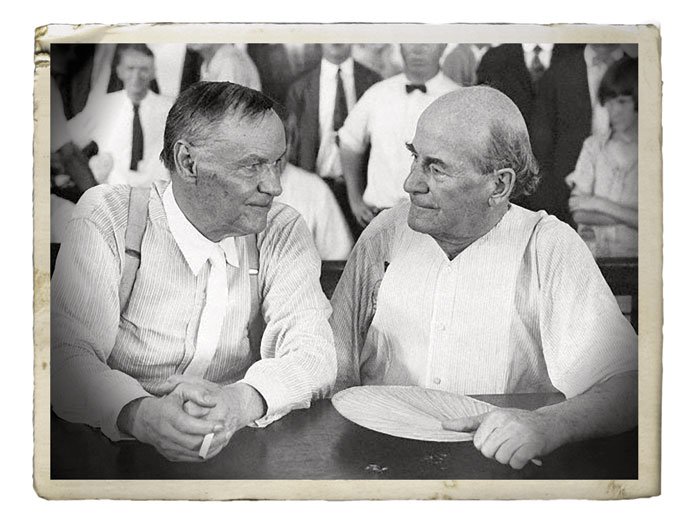 A prime example of journalistic slanting began in 1925, less than a decade after Ford’s assessment. That was the year of the Scopes “monkey” trial in Tennessee.

Even though that now-infamous event occurred over 80 years ago, distorted details continue to warp society’s thinking concerning creation and evolution. Here’s the media version many people believe:

In the sleepy town of Dayton, Tennessee, biology teacher John Scopes began teaching evolution. Angered, local fundamentalist Christians had Scopes arrested, since state law forbade the teaching of evolution. Defending free speech, Scopes valiantly went to jail. During a legal duel, agnostic Clarence Darrow defended Scopes, and the limelight-loving Christian attorney William Jennings Bryan prosecuted Scopes on behalf of the state. The young teacher emerged as a hero, and the science of evolution triumphed over the scriptural account of creation.

If this account matches what you’ve been told, you’re a victim of disinformation. Bluntly, pro-evolution writers have made a monkey of you—in more ways than one.

The actual details of the Scopes trial are more intriguing.

In March 1925 Tennessee passed new legislation called the Butler Act. That bill made unlawful the teaching in public schools “that man descended from a lower order of animals.”1

Learning of this new law, the fledgling American Civil Liberties Union (ACLU), which had yet to win a court victory,2 announced its desire to challenge the law.

Newspapers carried the ACLU’s press release: “We are looking for a Tennessee teacher who is willing to accept our services in testing this law in the courts.”3

In the struggling town of Dayton, mine manager George Rappleyea spotted the story in the Chattanooga Times. Chatting with the school board chairman, a local lawyer, and others, Rappleyea suggested a scheme “to get Dayton a little publicity.” They would persuade a teacher to say that he had taught evolution so that the ACLU would try their case in Dayton.4

Although Scopes wasn’t even the biology teacher...he agreed to “confess” that he had taught evolution.

The conspirators approached John Scopes. Would he go along with their plan? Although Scopes wasn’t even the biology teacher (he was only filling in for the ill biology teacher the last two weeks of the school year), he agreed to “confess” that he had taught evolution.5 After a brief trial, Scopes was found guilty and fined $100.

During the trial Scopes never took the stand and later admitted privately that he had not actually taught evolution.6 Not until 42 years later did Tennessee opt to retire the Butler Act.

So how did the story get twisted? Even before the trial, many big-city journalists sided with the agnostics. As Nunnally Johnson of the Brooklyn Eagle later said, “For the newspapermen it was a lark on a monstrous scale ... . Being admirably cultivated fellows, they were all of course evolutionists and looked down on the local fundamentalists.”7 H. L. Mencken of the Baltimore Evening Sun reported, “On the one side [believers in divine creation] was bigotry, ignorance, hatred, superstition, every sort of blackness that the human mind is capable of. On the other side was sense.”8 So much for objective reporting.

In 1931 Frederick Allen published Only Yesterday: An Informal History of the Nineteen-Twenties. Not a historian, Allen simply described the Roaring Twenties as happier times before the Depression. A portion on Scopes compressed, deleted, simplified, and misrepresented details. Even though John Scopes was found guilty, Allen concluded, “Yet really Fundamentalism had lost … and the slow drift away from Fundamentalism certainly continued.” Church statistics contradicted that claim, and the Civic Biology text used in the South was subsequently revised to delete many references to evolution. But Only Yesterday’s tainted retelling misguided the public for years to come.9

Even more distorting is Inherit the Wind, a movie based on the 1955 play by Jerome Lawrence and Robert E. Lee.

The playwrights never pretended to portray the Scopes trial accurately. Instead, they changed names, reversed details, injected fictional elements, and generally portrayed Darwinists as intelligent heroes. Inherit the Wind reduced churchgoers to loathsome caricatures that no one—including true Christians—would enjoy knowing. To this day Inherit the Wind continues to infect minds with falsehood through video showings and theatrical productions.

Is history bunk? Not necessarily. But in the case of the Scopes trial, the version that most people accept is certainly less fact than fiction.

How well do you know the facts about the 1925 Scopes trial, America’s most famous trial of the past century? Is your knowledge mostly based on the Hollywood depiction of the trial, or is it based on the actual historical accounts? Test your knowledge by taking this short quiz.

1. At issue during the trial was a law that had been passed by the Tennessee State Legislature, which prohibited the teaching of human evolution but not animal and plant evolution.

(True. The Butler Act forbade public school teachers in Tennessee to deny the literal biblical account of man’s origin and to teach in its place the evolution of man from lower animals. The law did not prohibit the teaching of evolution of any other species of plant or animal.)

2. John Scopes was the persecuted school teacher who was immediately jailed for teaching evolution when his classroom was invaded. He remained in jail throughout the trial.

(False. His classroom was never invaded as depicted in Inherit the Wind, and he was never jailed or in danger of imprisonment.)

3. Throughout the trial, the definition of the term evolution was so muddled by the defense and its witnesses that it seems unlikely that any of the jurors could have known exactly what evolution is and is not.

(True. Evolution was repeatedly confused with such ideas like embryology and aging.)

4. The students of John Scopes were coached by the defense team to perjure themselves by saying they were taught evolution in the classroom.

(True. Famous evolutionist attorney Clarence Darrow, who was supposed to defend his client from a law that forbade the teaching of evolution, coached the students to lie and claim that Scopes taught evolution, when in fact he didn’t.)

Previous Article Science or the Bible? Next Article A Tale of Two Journalists