The Battle for Biblical Authority

Our Conversation with Avery Foley

Because Avery Foley has seen firsthand the moral decline in her own country of Canada and the Western world at large, she is passionate about equipping Christians to stand on God’s Word. She holds an MA in theological studies and cohosts Answers News (a weekly live video commentary on culture and science news), writes articles, and speaks on behalf of AiG, addressing what she believes to be the key issue of the day—biblical authority.

What do we mean by the term biblical authority?

Biblical authority refers to God’s Word being the foundation and absolute authority for our thinking in every area. This means we take what we hear from culture, family, friends, the media, and even Christian leaders, and we compare it to the Bible. If we don’t do this, we are susceptible to dangerous false doctrines and are blown about by every wind of teaching (2 Corinthians 10:5; Ephesians 4:14). 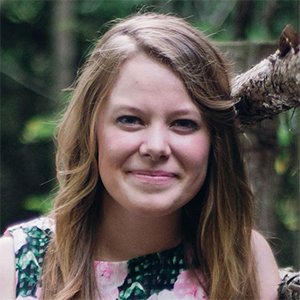 How do we undermine biblical authority?

Whether layman or theologian, we undermine biblical authority whenever we twist God’s written Word, pull verses out of context, or ignore Scripture to support something we already believe. We’re setting ourselves up as authorities over God’s Word rather than the other way around. God has given us his authoritative Word that, with his Spirit and the power of the gospel, gives us everything we need for all matters, including life and godliness (2 Peter 1:3).

What is the result of straying from biblical authority?

When culture or the church strays from biblical authority, everyone does what’s right in his or her own eyes (Judges 21:25). Moral relativism runs rampant, the gospel is watered down, and sin abounds.

In my home country of Canada, and really throughout the USA and the Western world, good is being called evil and evil good (Isaiah 5:20). Our culture has thrown off God’s commandments, leading to sexual perversion, including homosexuality, transgenderism, rape, polyamory, and even pedophilia.

We suffer the consequences with epidemics of STDs, abortion, fractured families, high divorce rates, and so much more. A culture unhinged from the moral foundation of God’s Word is a culture of suffering. Individuals, families, and entire societies tend to prosper when they live according to the principles and commands of our Creator.

Why is this topic relevant to the Genesis message?

In Genesis 3, Satan, in the form of a serpent, tempted Eve by saying, “Did God really say?” And Satan has used this same attack throughout history (2 Corinthians 11:3).

In our modern era, Satan is attacking the foundation of our biblical doctrine—the early chapters of Genesis.

No passage of Scripture is more attacked than the first 11 chapters of Genesis. Evolutionary ideas lead to the claim that because the origin account in the Bible isn’t true, we can dismiss the whole Bible.

Many Christians have tried to get around this by combining the ideas and saying that God used evolution and/or millions of years to create the world we see today. But why should we stop at the world’s origin? Why not compromise on what the Bible says about marriage, sexuality, gender, the sanctity of life, and more? We’re seeing a generation of professing believers doing just that because they see themselves as the authority and edit God’s Word to fit their ideas.

Why are so many Christians intimidated by secular science?

What you believe about the past determines how you interpret the evidence. For example, if you believe that billions of years of random chance and death yielded out the universe, you’ll date fossils at millions of years old. But if you start with God’s Word, you know that most fossils were laid down when God judged the world in the worldwide flood just over 4,500 years ago.

Whether you start with evolutionary ideas or God’s Word, you will interpret the evidence through that lens. When you properly understand a biblical framework for interpreting the evidence, you can confidently talk about the issue.

How does allowing evolution in the church undermine our attempt to witness?

Many Christians will compromise by adding evolution and millions of years to Scripture, trying to make the Bible and even the gospel more palatable to the world. But this tactic is really just removing the power and authority of the Bible. If we can say, “Well, that’s not really what God meant there,” when it comes to origins, how can we say that God means what he says about sin and the only way to salvation, Jesus Christ?

How can someone talk to an unbeliever about the authority of Scripture?

Unbelievers have a different foundation from believers. Islam, Mormonism, Buddhist philosophies, and atheism—all are rooted in human reasoning. We need to explain that unbelievers think differently from us because they have a different foundation. But we also need to tell them that God’s Word is the only sure foundation and explain why it can be trusted. That’s where apologetics comes in—you need to know why God’s Word can be trusted.

No one is going to know the answers to every single question. And that’s OK. We can admit, “I don’t know the answer to that. I’ll look into it. But have you thought about . . . ?”

It’s easy to get distracted answering every objection people have and forget the gospel in the process. But we should always use our answers as a way of directing people back to the gospel of Jesus Christ.