Preserved Through the Ages?

on February 13, 2014
Featured in Thinking Outside the Box
Share:
Email Using:
Gmail Yahoo! Outlook Other

Wouldn’t it be exciting to find the remains of Noah’s Ark?

Wouldn’t it be exciting to find the remains of Noah’s Ark? Is it even possible the ship that saved eight humans and a few thousand animals from the Great Flood still exists today, entombed atop a mountain that makes up the “mountains of Ararat” (Genesis 8:4)? Of course, some detractors claim a wooden ship could not have survived 4,300 years. 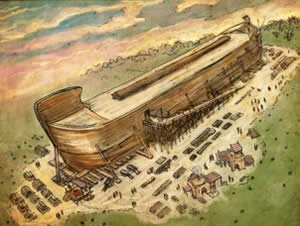 Did you know that Noah’s Ark was pitched inside and out?

What does the Bible have to say about the Ark’s construction? Among many things, it tells us that this large ship was made of gopher wood (Genesis 6:14). We don’t know if “gopher” is the name of a particular kind of wood or the name of a process to make wood harder, like laminating or burying, as the Chinese once did to harden teak.1

Also, the Bible tells us that Noah sealed the Ark with pitch, inside and out (Genesis 6:14). Was this pitch derived from an oil-producing plant, or actual petroleum generated deep in the earth’s mantle by some abiotic process?

We won’t know about the kind of pitch Noah used unless the Ark is found. But it is curious that ships are normally pitched on the outside only. What might we surmise by reading that the Lord instructed Noah to pitch it on the inside also? Is it possible that because the pitch was inside and outside, God may have intended the Ark to be preserved after its voyage?

Now, we don’t need a preserved Ark to confirm that the Bible’s account of the Ark is true. Christians only need the authority of the preserved Word of God, which tells us the true account of the Flood and Ark.