What a nose! If you’ve ever seen a bloodhound at work, you can’t help but be impressed. Such tracking skills could never have arisen by accident. Only one explanation makes sense.

I can't remember when I didn’t have a dog, but I remember my first hunting dog. Roscoe was a large black-and-tan, bugle-voiced coonhound. Many a night that dog and I would head to the woods. I was armed with a 22-caliber single shot rifle and a kerosene lantern. Roscoe and I walked the countryside waiting for him to catch the scent of a raccoon. What a thrill when he picked up the trail. What a remarkable nose!

All through history man has used dogs as companions and hunting partners. Many canine varieties have been bred specifically for hunting. One stands out from them all—the bloodhound, which is very similar to coonhounds and often bred with them.

It is believed that bloodhounds can detect as few as one or two invisible scent particles when on a trail.

Originally developed to hunt wild boar and deer, the bloodhound can pick up a scent up to 12 days old. Often called a nose with a dog attached, the bloodhound has a larger nasal chamber than most dogs. It is believed that bloodhounds can detect as few as one or two invisible scent particles when on a trail.

This impressive ability is due to God’s design of the dog’s nose. Its nostrils lead directly to the olfactory area, where receptors pick up scent particles. The more receptors in the nose, the better the sense of smell. A human being has around 5 million scent receptors, while a bloodhound has closer to 300 million.

The other important aspect of a good sense of smell is having a large part of the brain dedicated to sorting through all that information. This breed’s olfactory bulb is around 40 times larger than a human’s. Bloodhounds smell things the way we see them. Every object has a unique “scent picture.”

But bloodhounds depend on more than their nose to smell. When on a trail, folds of skin fall around their eyes and act as blinders, keeping the dog focused on the job. It is often claimed that the bloodhound uses the wrinkles on its head and lips to catch traces of scent that linger on plants and in the air. Even the large, drooping ears of the bloodhound may help funnel scent particles to its nose as the large dog is tracking.

The design of the canine nose poses a problem for evolution. Evolutionists believe that its intricately designed nasal chamber and scent cells developed by chance and that the dog’s brain learned to recognize specific scents and single out one from all the others. The alternative is to believe in an awesome God who knows all things and created all things. God specially designed the dog kind with the ability to track, and that makes sense. 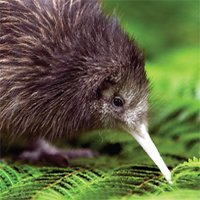 The only birds with nostrils at the end of their beaks, kiwis find their underground meal of insects and worms solely with their sniffer. 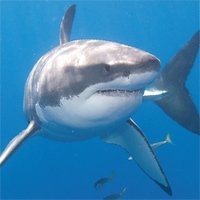 Two-thirds of a shark’s brain is dedicated to smell. Their sense of smell is so powerful, in fact, that they can detect one drop of blood in 25 gallons (100 liters) of water! 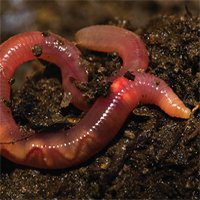 Surprisingly, even earthworms have a sense of smell! Near their head are specialized sense organs, though to a worm smelling and tasting are the same thing. 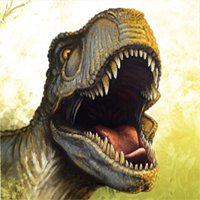 By closely examining the fossilized skulls of T. rex, scientists believe that it could have had a sense of smell that rivaled any bloodhound. You wouldn’t want one of those on your trail 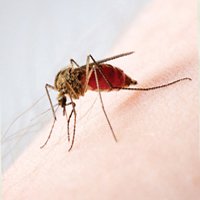 Why are mosquitos so attracted to you? Because they can smell (using their antennae) very small amounts of nonanal, a chemical produced by the human body. 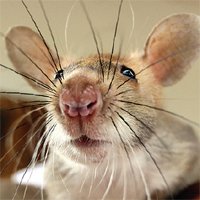 Gambian pouched rats are being trained to sniff out landmines. Their impressive noses find the bombs and their small stature keeps them from tripping the mines.

Buddy Davis is a favorite AiG speaker, especially for children. He travels extensively conducting workshops teaching children how to defend their faith. He is not only a renowned musician and “paleo-artist” but also an adventurer, having taken expeditions to Alaska and Turkey.
Previous Article Evangelical Popes: How Scholars Can Steal The Bible from People Next Article Sugar Beets—Farm-Fresh Deicers