One-third of the world’s sugar comes from the lowly sugar beet. For that reason alone, we should be thankful for this wonderful plant. But God stored other treasures in this tuber, which we’re just beginning to exploit.

The greatest weather-related hazard in northern countries returns each winter with the snow. As the snow falls, roads freeze and accidents proliferate. 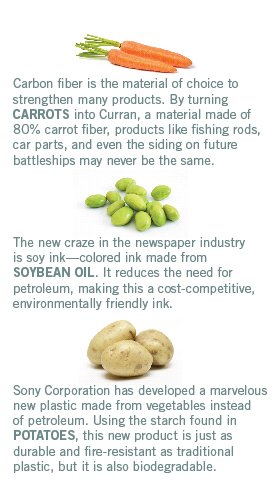 What can we do about the freezing roads? Traditionally, the best approach has been to treat icy highways with sand and chemical salts. The salt mixes with the ice and snow, lowering the freezing temperature of the water, thereby thawing the streets. However, this method has several drawbacks. The resulting salt spray and runoff corrodes bridges and cars, poisons roadside vegetation, and contaminates waterways. Additionally, salt typically can’t melt ice when temperatures drop below 20°F (-6.7°C) because of dilution. A surprising new deicing option has come to the rescue: beet juice. Sugar beets grow worldwide, providing 30 percent of global sugar. When the sugar is extracted, a pulpy liquid residue, called beet juice, remains. Popular lore says that a refinery worker discovered its deicing properties when a beet juice pond remained unfrozen all winter.

Studies reveal natural antifreeze present in the chemical structure of sugar beets.1 This design protects the growing beets from subzero temperatures. It also has a highway application. Tests show that a mixture of beet juice and chloride salt produces a deicing brine effective in temperatures below -22°F (-30°C).2

Even though salt is still needed, the amount is greatly reduced. The beet juice and salt mixture readily washes off road surfaces and cars without the usual amount of staining.

Treating ice-covered roads with beet juice isn’t new, hitting the news in 2008, so why isn’t it used more?3 Even though beet juice is a waste product, the process of combining it with deicing salts still leads to a price that is twice as much as the salt alone. There’s also an issue of smell. On warmer days a soy-sauce odor hangs along the treated roads.

Yet its future is promising. Sugar beets nourish people worldwide, and now in addition, this byproduct may provide protection on winter highways. The sugar beet extract is biodegradable and much more eco-friendly than chloride salts alone. It joins the growing list of natural materials that help us solve problems and develop new products. The creation is filled with similar examples of design, many of them yet undiscovered.

God’s fingerprint is everywhere, even within the lowly sugar beet.

Dr. Don DeYoung chairs the Science and Mathematics Department at Grace College, Winona Lake, Indiana. He is currently president of the Creation Research Society with hundreds of members worldwide. His website is DiscoveryofDesign.com.
Previous Article The Bloodhound—Natural Born Smeller Next Article Discoveries of Order in the Sun