3 Evidences That Confirm the Bible Is Not Made Up 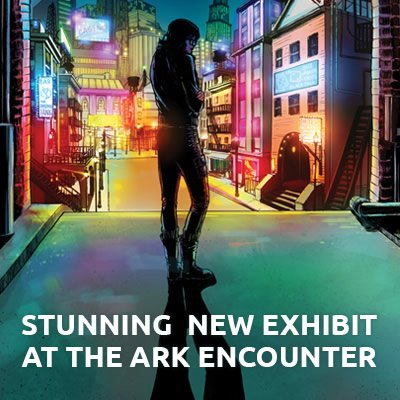 We occasionally receive the following question: How do you know the Bible isn’t just made up?

Surely, even the most ardent skeptic will have a difficult time believing that the entire Bible was just made up since many of its details are corroborated by archaeology and in other historical writings. So let’s look at three aspects of the Bible taken together to explain how we know it wasn’t simply made up.

First, compared to other “holy books,” the Bible is unique in many respects. Not only was it composed by at least 40 writers, on multiple continents, over a span of 1,500 years, but it is not what we would expect to find were it “made up.” The Bible also includes major moral failings of its heroes, yet most writings of other religions tend to whitewash the flaws of their heroes.

Moreover, the Bible’s theme is quite unlike those found in other religions. Manmade religions teach that a man can earn salvation through various practices and good works. The Bible explains that man is sinful, deserving of God’s judgment, and that no amount of good works could ever remove our guilt. God Himself solves our problem by becoming a man and taking our punishment upon Himself. Manmade religions are about what man can do for his god, but the Bible is about what God has already done for man.

The Bible Is Confirmed by Archaeology

Dr. Nelson Glueck was the president of Hebrew Union College and a highly respected archaeologist whose reliance upon the historical accuracy of Scripture led to the discovery of 1,500 ancient sites. Regarding the Bible and archaeology, he stated the following:

It may be stated categorically that no archaeological discovery has ever controverted a Biblical reference. Scores of archaeological findings have been made which confirm in clear outline or exact detail historical statements in the Bible. And, by the same token, proper evaluation of biblical description has often led to amazing discoveries.2

Thanks to modern research we now recognize its substantial historicity. The narratives of the Patriarchs, of Moses and the Exodus, of the Conquest of Canaan, of the Judges, the Monarchy, Exile, and Restoration, have all been confirmed and illustrated to an extent that I should have thought impossible forty years ago.3

Glueck and Albright focused their attention on the Old Testament, but what about the New Testament? Does it enjoy a similar level of confirmation? Actually, perhaps because it is more recent, the evidence consistent with the New Testament is more abundant. Consider the following details in just a single chapter of the Bible that have been confirmed by historians and archaeologists:

Remember, all of these accurate details are found in just one chapter. This does not prove every word of Scripture is true, but it reveals that the writer (Luke) had intimate knowledge of the people, customs, and places he wrote about. Also, we have no record of any ancient writer denying the historicity of the people and places described in Scripture, but we do have a number of first- and second-century sources from outside the Bible confirming the existence of Jesus.

Many more archaeologists could be cited who verify the accuracy of the biblical text. Of course we’ll never find archaeological or paleographic evidence to confirm every person, event, or place described in the Bible. For example, historical research can provide corroborating evidence for the Crucifixion of Jesus under Pontius Pilate (Tacitus mentions these details in Annals), but scientific disciplines cannot confirm that His death on the Cross satisfied God’s wrath against sin. However, the abundance of finds matching Scripture perfectly that have already been found show that the Bible was not just “made up.”5

The abundance of finds matching Scripture perfectly that have already been found show that the Bible was not just “made up.”

Compare the Bible’s accuracy with the miserable archaeological record of the Mormon religion. The Mormon “holy books” teach that Native Americans are really Jews who fled Jerusalem, but DNA studies have falsified this claim. Furthermore, despite millions of dollars spent on excavations in the Americas, archaeologists have not uncovered a shred of evidence to support Mormon claims, and the early Americans did not wield scimitars or ride horses and elephants.6

Scientists from every discipline could be quoted whose work in their respective fields have either persuaded or further convinced them that the Bible is true. But we should not rely primarily on the conclusions of learned men and women of science. While their statements are helpful, we must recognize that they can err and change their minds. So is there anything we can look at to demonstrate the Bible was not just an invention of man? Indeed there is.

The Bible Is Confirmed Through God’s Challenge to Other Religions

Throughout Isaiah 40–46, God, speaking through the prophet, repeatedly challenges the false gods to prove themselves. Specifically, He challenges them to tell the future and bring it to pass.

“Present your case,” says the Lord. “Bring forth your strong reasons,” says the King of Jacob. “Let them bring forth and show us what will happen; let them show the former things, what they were, that we may consider them, and know the latter end of them; or declare to us things to come. Show the things that are to come hereafter, that we may know that you are gods. (Isaiah 41:21–23)

So here is the test for the other religions of the world. Can they accurately foretell future events? After all, only the all-knowing, all-powerful Creator knows everything that will happen and has the ability to bring it to pass. And God has established His righteous character through this unique ability. In Isaiah 41:26, the Lord asks, “Who has declared from the beginning, that we may know? And former times, that we may say, ‘He is righteous’?”

Most of the founders of the world’s religions never attempted to tell the future.7 Outside of the Bible, the other “holy books” of the world do not really include prophecies. The vague predictions of Nostradamus and demonstrably false prognostications of Edgar Cayce do not meet the biblical standard of 100 percent accuracy for a prophet (Deuteronomy 18:22).

Now take a look at what God says about His own ability in this area:

I am the Lord, that is My name; and My glory I will not give to another, nor My praise to carved images. Behold, the former things have come to pass, and new things I declare; before they spring forth I tell you of them. (Isaiah 42:8–9)

What does prophecy have to do with whether the Bible was “made up”? Mere men cannot accurately tell the future, and yet more than one-fourth of the Bible was prophetic at the time of its writing, indicating that these men were not simply making up what they wrote—their writing was inspired by God. The biblical prophecies contain specific people, times, places, and events, and they are generally straightforward. Most of them were written centuries before the events described, and those that have already been fulfilled came to pass exactly as foretold (some prophecies await future fulfillment).

Consider just a handful of the hundreds of accurate prophecies recorded in Scripture:

In addition to dozens of prophecies about the Messiah, Jesus Christ, the Old Testament contains hundreds of detailed prophecies, often to announce judgment upon Israel and the surrounding nations for their disobedience.

When addressing Messianic prophecies, skeptics often assume that Jesus simply set out to fulfill certain predictions; but if Jesus were merely a man, how would He make sure that He would be born of a virgin in Bethlehem or that He would be raised from the dead?

Many skeptics also assume these prophecies were written after the fact, but all of the prophecies mentioned in the chart above were written at least 400 years before the events occurred. Even if a person rejects the well-supported traditional dates assigned to the Old Testament books, he still needs to deal with the fact that the Greek translation of the Old Testament, known as the Septuagint, includes these prophecies and was translated well before Christ’s birth. Furthermore, portions of each of the Old Testament books in the chart were discovered among the Dead Sea Scrolls, including the great Isaiah Scroll, which is dated to at least a century before Christ’s birth and contains multiple precise prophesies about the Messiah. How could the writers of the Old Testament possibly know what would come to pass with perfect accuracy? There is only one logical answer. God inspired their words; they did not make up what they wrote.

The truth is that God has inspired the writing of His Word in the collection of 66 books we call the Bible (2 Timothy 3:16). The notion that men just made it up is quite reasonably dispensed by Scripture’s uniqueness, its historical and archaeological accuracy, and its inclusion of fulfilled detailed prophecy. These facts do not necessarily prove that every word of the Bible is accurate, but they do provide verification for many portions of Scripture, demonstrate its divine origin, and give us great confidence that the details not subject to scientific verification are also true. Ultimately, the reason we believe that all Scripture is inspired by God is because the Holy Spirit dwells within us, providing assurance and conviction as we prayerfully read and study the Bible.

The Bible explains the most important message we could ever know.

Finally, in addition to the divine origin of the text, the Bible explains the most important message we could ever know. As people who have sinned against our perfectly holy Creator, we deserve His judgment, but God sent His Son to die a sacrificial death on the Cross so that we can be forgiven. Three days later, He rose from the dead, demonstrating His power over sin and death and providing the guarantee of eternal life to all who trust in Him (Romans 10:9).

If you have not already done so, call out to the God who inspired the writing of the Bible. Turn from your sin and ask for His forgiveness.