Archaeologists once boasted that the Bible was full of errors because no independent, historic evidence had been found to confirm the Bible’s claims. But a slew of astounding discoveries has put a damper on their boasting.

Archaeology provides us with fascinating and amazing affirmations of Scripture’s accuracy and trustworthiness. Indeed, it is one of the most effective ways to open a conversation with your friends about the Bible.

After two hundred years of archaeological excavation and discovery, we have a powerful arsenal of important finds that will leave the most adamant skeptics of the Bible pondering! As you talk to people about these discoveries, help them to clear away their doubts and the lies they have heard—and maybe even come to believe—about the Bible.

Here are a series of astounding discoveries that you can share with those who question the Bible’s veracity. This list covers approximately one thousand years of biblical history from the time of King David down to the time of Jesus. As you read this list, note how the accounts of so many key events and people of the Bible are confirmed by these amazing archaeological finds. It would be well worth your time to study and memorize these important findings.

A stele is an upright stone that is inscribed and used as a monument of an important event or achievement. Rulers and peoples from Egypt, Israel, and across Mesopotamia used these steles to commemorate great victories and accomplishments. This particular stele is extraordinary because carved on its stone face is the expression, “House of David.” This stele affirms that the United Monarchy under King David existed in history and flatly contradicts the long-held opinions of skeptics who denied that David ever existed. 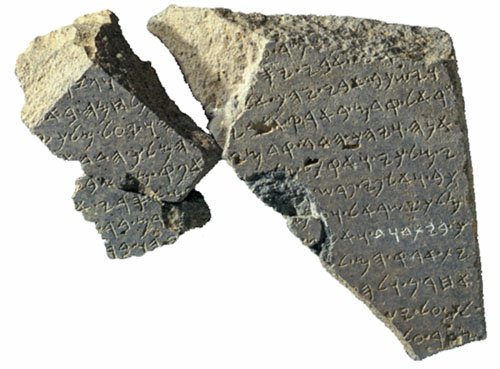 Popularly known as the Moabite Stone, it records the revolt of Meesha, King of Moab, against Israel. This incredible stele mentions Omri, King of Israel, and David of the United Monarchy. It even refers to Yahweh, the unique name of the God of Israel! Together with the testimony from the Tel Dan Stele, we have a powerful external witness that the Bible records the true history of the kings of Israel and their interactions with foreign kings. 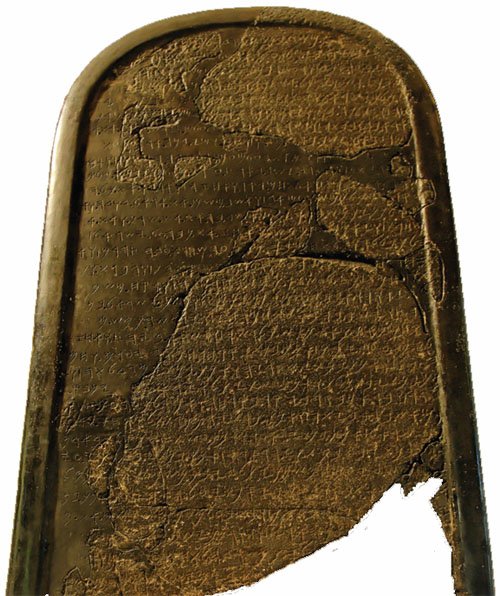 The Nabonidus Cylinder (550 BC)

King Nabonidus of Babylonia left a magnificent cuneiform cylinder (wedge-shaped letters inscribed on a clay cylinder) mentioning his elder son, Belshazzar by name. Critics of the Bible had claimed for many years that the account in the book of Daniel was wrong; they said Belshazzar was never a king in Babylon and that Nabonidus was not his father. The discovery of this cylinder clearly showed that these scholars were dead wrong. Indeed, we can now understand the meaning of Daniel 5:16 more precisely where it says, “Now if you can read the writing and make known to me its interpretation, you shall be clothed with purple and have a chain of gold around your neck, and shall be the third ruler in the kingdom” (italics added for emphasis).

This text now makes perfect sense because Nabonidus was in a coregency with his son Belshazzar, who was the crown prince of Babylon. So that would make Daniel the “third ruler in the kingdom.” 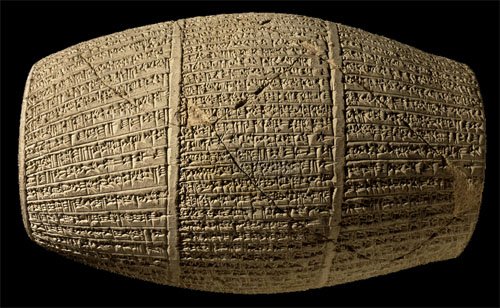 An ossuary was a box constructed to hold the bones of the dead after decomposition. In 1990 a startling discovery was made that shook biblical scholars and archaeologists alike. In the Peace Forest section of Jerusalem was discovered a burial cave containing twelve ossuaries, one of them being none other than that of Caiaphas, the high priest who presided at the trial of Jesus. This amazing discovery provides us with a powerful historical connection to the events described in the Gospels. 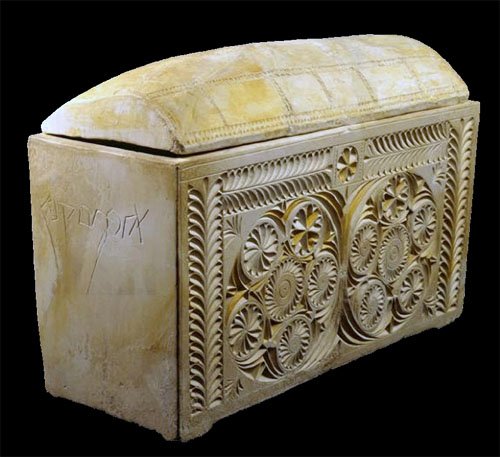 In June 1961 an inscription on a limestone block, found at a Roman amphitheater in Caesarea Maritima, rocked the scholarly world. The block, which was once used as a dedication stone of a nearby temple and now reused for seating at the local amphitheater, had an extraordinary inscription. It read: “Tiberieum, (Pon)tius Pilatus, (Praef)ectus Iuda(eae).” Those scholars who questioned Pilate’s existence (and the gospel accounts generally) were silenced with this amazing discovery! 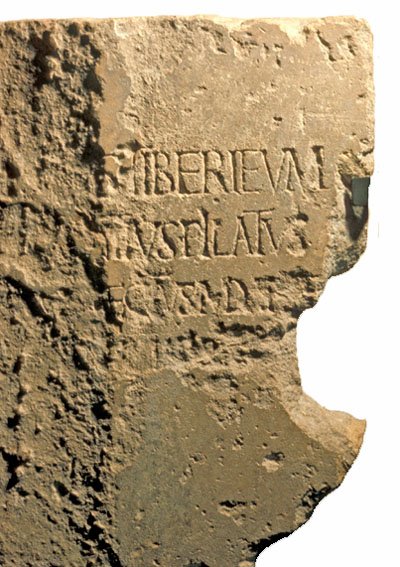 Many more archaeological discoveries wait to be uncovered and shared with your friends. If someone raises a question about some biblical claim that has not been independently verified, you can share some of these examples to show that “silence” is not evidence against Scripture.

I also hope that this brief list will inspire you to dig deeper and use archaeology as a powerful tool in contending for the Word of God and the faith that has been entrusted to us!

Special Section: Can You Prove the Bible is True?

Can We Prove the Bible Is True?

Scott Lanser is director at Associates for Biblical Research, a ministry whose purpose is to inform the public on the latest archaeological finds along with each discovery’s biblical perspective. He is also the senior pastor of New Hope Bible Fellowship.
Previous Article 5. Scientific Accuracy Next Article 7. Life-Changing Power