Human faces evolved to vary as much as Mr. and Mrs. Potato Head, evolutionists say.

Did you ever wonder why people look so different? Animals tend to look pretty much like other animals of the same kind. Just look into the many faces in a flock of penguins, or a herd of cows, and you won’t likely see much in the way of distinguishing features. Modern facial recognition software works because our faces combine so many independently varying characteristics. New research by scientists at University of California Berkeley attributes our facial distinctions (naturally!) to evolution.

The evolutionary authors Michael Sheehan and Michael Nachman making this sort of claim acknowledge they must explain what survival or reproductive advantage could make looking different from other people a selectively valued trait:

Individual recognition is important in humans from cradle to grave across multiple contexts. Selection to be individually recognizable in a variety of scenarios is therefore a prime hypothesis to explain the high diversity in human facial appearance. Individual recognition will only evolve when it is beneficial to identify other individuals. . . .

Identity signals evolve when being confused with others is costly due to misdirected behaviours including aggression, mating opportunities, parental care, and so on.1

Though caring for your own children, recognizing “stranger-danger,” and finding your friends is certainly easier when we can tell people apart, is anonymity really such detriment to human survival?

“An individual may actually benefit from having a unique face. It's like evolving a name tag,” says lead author Michael Sheehan. Being mistaken for an enemy is not a good thing, he notes, adding, “Or maybe you've done something fantastic and someone wants to give you a reward, but they give it to someone else instead.”

Of course, people don’t usually die because they fail to get credit for the neat things they’ve done, and one must question whether people would routinely kill everyone they saw if they were unable to distinguish between friends and foes. This is highly speculative.

In an effort to build a case for the evolutionary advantage of being recognizable, the authors point to studies of blue jays and guppies showing that distinctive looking animals may be more likely to be ignored by predators while looking more appealing to potential mates. However, people are neither birds nor guppies, so the authors don’t exactly score one for the evolutionary advantage point with those examples. 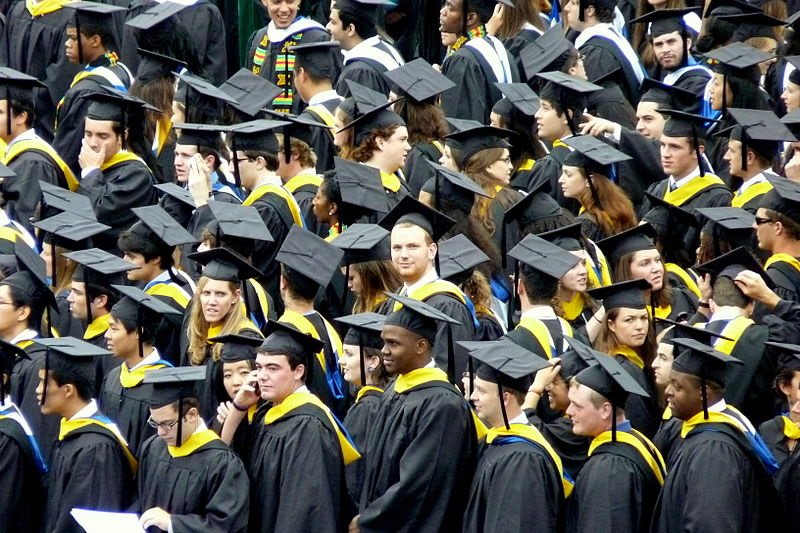 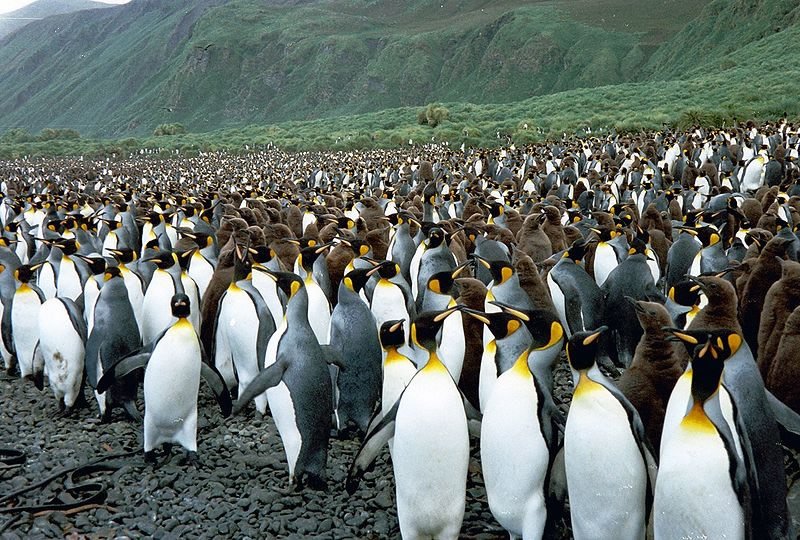 The students, like all groups of humans, display varying facial features that make them recognizable. The penguins do not. Because the genetic basis for facial features, like facial features themselves, vary much more than the genes guiding development of other body parts, Berkeley researchers attribute the human tendency for facial variation to evolutionary selection. They say that evolution selected for this tendency even before the evolution of humans. Image of graduates by Magnus Manske, via Wikimedia Commons; image of penguins by Hullwarren, via Wikimedia Commons.

Moving on to the question of whether or not evolution built our facial individuality, the authors use statistics to make their point. The authors examined the Army Anthropomorphic Survey to determine typical human measurements of a cross-section of people and the 1000 Genomes Project to examine the genetic foundation for measurable facial and body characteristics.

The statistical propensity of human faces to vary is observable and confirms what our eyes and common sense tell us.

Furthermore, there is very little coupling of facial traits. In other words, a person with short legs usually has short arms, and wide hands are usually also fairly long. But facial features are quite random and unpredictable. Author Michael Sheehan explains, “You mix and match like Mister Potato Head.”

The authors also found that the known genes affecting the complex architecture of the human face vary more than the genes for other parts of the body. These things were true in each ethnic and geographic group examined.

The authors extended their genetic analysis to the known genomes for Neanderthals and Denisovans. They found that facial diversity is nothing new:

Some of the variants in genetic loci affecting facial features, Sheehan claims, “predate the origins of humanity itself.” Such claims are based on so-called molecular clock dating and the myriad of assumptions and circular reasoning on which it is built.

Because facial features (and the genes that produce them) vary more from person to person than other body parts, the authors believe evolution must have selected for facial variation rather than anonymity in humans:

The combination of elevated morphological and genetic diversity associated with human faces rejects a neutral explanation for human facial individuality and instead supports the hypothesis that human facial diversity is the product of selection for identity signalling in humans.1

But does the fact that human faces vary so much more than other body parts, making us recognizable to each other, mean that evolution produced this high degree of random variation? Not at all! It simply means that humans—including at least some ancient humans like Neanderthals and Denisovans—had variable, distinguishable facial features. Ancient people could tell each other apart just as we can. The existence of the variations does not prove they evolved.

The statistical propensity of human faces to vary is observable and confirms what our eyes and common sense tell us: we can tell one another apart. But interpreting that statistical propensity to vary as a result of human evolution merely assumes, through an unverifiable and untenable evolutionary worldview, that there must be an evolutionary answer. The discovery that the genetic basis for that variability reaches back to ancient people’s DNA does not support the evolutionary view, but the authors simply assume that facial variety must have evolved even earlier. The truth about human origins is found in the Word of God.

God created Adam and Eve in His own image about 6,000 years ago. All humans descended from them. More recently, all humans have ancestral roots on Noah’s Ark, among his family, about 4,350 years ago. While the Bible does not speak of God’s creation of individual human distinctiveness, we know that humans—including Neanderthals and Denisovans—all share the same original parents. It is thus no surprise that they, like ethnic groups around the world today—varied in the same way we do.