Tinkering With the Molecular Clock

Tinkering with the molecular clock: which assumptions should we accept?

Do you have a temperamental clock in your house? A timepiece you hang onto for sentimental reasons even though you have to frequently adjust it to match a more reliable standard, like your cell phone or your atomic clock?

Evolutionists have long debated the various conclusions drawn from molecular clocks, the archaeological record, and the fossil record regarding the timing of early human demographics. “Like bloodhounds on the fading scent of an escaped convict,” writes Ann Gibbons in Science, “researchers have tried for decades to trace the ancient footsteps of the first modern humans who left Africa.”1 The latest refinements to the molecular clock, reported in Current Biology, finally make these three sources of dates sing the same song.2 But how reliable are these conclusions? 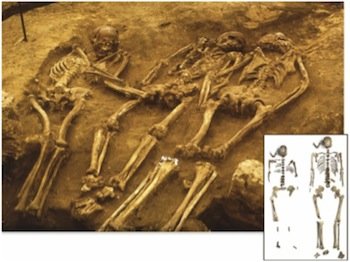 At issue is just when anatomically modern humans (as opposed to Homo erectus humans or Neanderthal humans, for instance) left Africa where they presumably evolved. While archaeological and fossil estimates had placed this exodus at 80,000 years or less, refinements in the molecular clock based on measurable mutation rates in modern living humans rolled the clock back to 90,000 to 130,000 years.

Molecular clock calculations depend on a constant mutation rate and some sort of standard by which the “clock” is calibrated. University of Tübingen evolutionary geneticist Johannes Krausse doubted whether modern mutation rates—assuming that they’re accurate—are applicable to people living long ago. If they are not, then the latest roll-back to the time humans presumably migrated out of Africa would be invalid.

To assess this, Krausse’s team sequenced mitochondrial DNA from ten fossils of anatomically modern humans, ranging in estimated age from 700 to 40,000 years. By comparing the mitochondrial DNA in these fossils to each other, they recalculated the time of the evolutionary exodus. “Our clock yields mitochondrial divergence times that are in agreement with earlier estimates based on calibration points derived from either fossils or archaeological material,” they write.3 They report that early evolved modern humans exited Africa 62,000 to 95,000 years ago.

Other experts commenting on the study, while noting that it is a clever approach, are not quite ready to discard more recent estimates that are based on nuclear DNA, not mitochondrial DNA. Geneticist Aylwyn Scally of the UK’s Wellcome Trust Sanger Institute notes that mitochondrial DNA may not have the same mutation rate as nuclear DNA.

“Out of Africa is one of the major events within human evolution,” Krausse says. “We need to know when it happened.” Krausse hopes that it will be possible to get more data on ancient nuclear DNA in the future to evaluate these results.

In addition to the data about timing, Krausse’s team also determined that fossils from pre- and post-Ice Age sources in Europe were of the same lineage.

In addition to the data about timing, Krausse’s team also determined that fossils from pre- and post-Ice Age sources in Europe were of the same lineage. This of course is no surprise to Bible-believers, as we know from biblical history that all people alive today descended from Noah’s family. The pre- and post-Ice Age people in Europe were descendants of people who settled there after the dispersion from the Tower of Babel.

But what of the “when” assertions? In addition to the problems noted by evolutionists themselves—the questionable validity of modern mutation rates given the present state of technology and the fact that mitochondrial rather than nuclear DNA is being assessed—there are additional issues that invalidate both the 130,000 year and the 95,000 year estimates. The new molecular clock revisions comparing ancient DNA from ten fossils require the actual age of the ten fossils be known. And the ages of those “securely dated ancient modern humans”4 are estimates based on the unverifiable assumptions underlying conventional interpretations of radiometric data.

Furthermore, molecular clock assessments about humans also are inextricably tied to the belief that humans evolved from ape-like ancestors.

Thus, as “clever” as Krausse’s technique is, in that it gets rid of confusing data from modern living people, the information cannot be relied on to get either the time ancient human populations diverged or the mutation rate of ancient modern humans. Like the temperamental clocks in our homes, we can only set them or even assess the rate at which they lose time based on a reliable standard. Atomic clocks and other modern innovations are based on scientific measurements observed in the present. But clocking the changes in the human genome requires one to make assumptions that depend on some reliable witness to the past. And that reliable testimony is found in the Bible, where we learn that God created man and woman in His own image—not through evolution—about 6,000 years ago and that their descendants—Noah’s family—produced people who dispersed from the region of the Tower of Babel to populate our planet.