The president of the Italian Biblical Creation Committee (CBI) is not new to biblical creation or to the challenges of modern science. With more than 30 years of experience as a church leader, professor, and research scientist, Antonio Cicerale is uniquely positioned to bring the truth of creation and the gospel to his native country, Italy, where God’s Word has been obscured by ignorance and religious ritual for centuries.

Antonio is a recognized expert in ecohydrobiology and entomology in Italy’s trans-Apennine region, specializing in butterflies and moths. In July 1967, before Antonio began studying biology in college, evangelist Billy Graham encouraged him to “be a biologist for the Lord.” He took that advice to heart, and later, as a professor of mathematics and science, he brought God and creation into his college classes, something teachers in Italy still have the freedom to do. 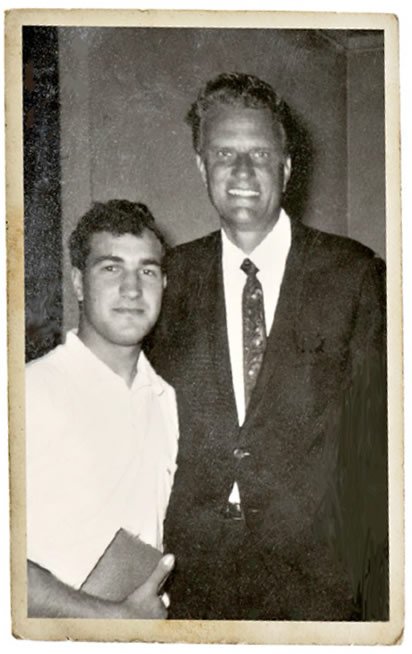 Antonio Cicerale with Billy Graham in 1967. At that time Billy Graham encouraged Antonio to “be a biologist for the Lord.”

Today Antonio is retired, but he’s no less busy. In 2011, he began teaching creation at an annual family camp in the Apennine Mountains. The next year, after meeting with creation scientists and teachers in the United States, Antonio returned to Italy to establish a committee of seven men who would “do whatever it takes to get the truth of the Word of God in Genesis into the schools and churches, and eventually cover Italy with the truth of the gospel.” Within a few months, CBI was formed.

In April 2014, the committee held its first creation congress, with 35 churches participating from many regions in Italy. Within another year, they plan to form an association officially recognized by the Italian government that will partner with Answers in Genesis to spread the gospel in Italy.

CBI’s outreach begins in the church, equipping lay people of all ages to stand secure in Christ and His Word. While Evangelicals number less than one percent of Italy’s population, the enthusiasm is growing. Antonio hopes that over the next few years, the Bible-believing churches in Italy will mature in their understanding of creation, and the ministry will be able to branch out into schools and universities. As a credentialed professor with the right to teach at the university level, Antonio is in a good position to pursue that goal.

“It’s God who has opened the doors, and we’re going to follow through.”

Antonio feels the heavy burden of what God has called him to do. Even though he’s borne the responsibilities of a professor and entomological researcher, this mission is different, and he asks for prayer to continue. “It’s God who has opened the doors, and we’re going to follow through. Whatever it costs and whatever it takes, we’re going to do it. It’s worth the effort.”