Who Was St. George?

The reality of dragons, dragons in recent history, St. George and the dragon, and the Christian faith St. George lived and died for

Arguably the most famous dragon slayer in history was St. George of Cappadocia. Although, many of you are immediately thinking, “dragons . . . really?” Aren’t they a myth? Before I dive into St. George and his legacy, let’s (author and reader) entertain dragons for a moment.

Up until the AD 1500s, there were many accounts of dragons in various parts of the world—mostly being killed, by the way. From the 1500s until 1900, accounts of dragon encounters became much sparser, to the point that very few appear in the 1800s.1 As swamp grounds were drained, the primary habitat for dragons (in accordance with many of these accounts) were being destroyed. Dragons were nearly hunted to extinction, too (again, in accordance with these accounts).

One of the last accounts of a clash with a dragon was recorded on April 26, 1890, in the Tombstone Epitaph of an encounter near Tombstone, Arizona. Reportedly, this dragon had wings but resembled a two-legged alligator; two ranchers were able to kill it with their rifles; townspeople viewed it; samples were sent off to the prominent scientists for examination. Its published description was very similar to a pteranodon.

In 1902, the Encyclopedia Britannica still had a listing for sea dragons.2 But in 1910, Britannica3 listed dragons as a myth mainly because people couldn’t find them anymore. In light of the massive recorded history of dragons, it’s shocking that people quickly came to that conclusion instead of the deduction that they merely went extinct.

Imagine how many animals would be extinct if it weren’t for the Endangered Species Act in 1973. Perhaps lions, tigers, bald eagles, polar bears, and many other creatures would be extinct—and we could be battling over the idea that these creatures were a myth too!

The word “dragon” is an overarching term that includes several large reptilian creatures. It could include flying reptiles, sea reptiles, and many large land reptiles—whether serpentine, crocodilian, or upright, walking reptiles (legs underslung compared to the body). Simply put, if you believe crocodiles and alligators exist, then you believe dragons exist.

The problem is that the word dragon is becoming an archaic term. We don’t use it so much anymore. And with much modern fictional storytelling of dragons, people readily believe that dragons are a myth. But classical dragons in history are much different from the modern lore of today in movie series, such as Lord of the Rings, Harry Potter, or How To Train Your Dragon. Those are pure make-believe.

Historians, commentators, and scientists of the past have documented many dragons all over the world, and ancient images on rocks, textiles, pottery, and so on confirm them.4 But most of all, the Bible discusses them as real creatures.5 Leviathan is a water dragon per Isaiah 27:1, and there was a land dragon per Psalm 91:13. Land dragons were made on day six of creation, and sea and winged dragons were created on day five.

Dinosaurs are one subset of dragons. Dinosaurs, which are defined as reptiles with underslung legs, were created on Day 6. The word dinosaur (which means terrible or terrifying lizard) was first coined by a Christian named Sir Richard Owen in 1841. Prior to that, dinosaurs, like many other reptiles, would have simply been labeled under the name dragon.

Dinosaurs survived the flood on the ark—those that didn’t died, decayed, or were buried and fossilized in Triassic, Jurassic, or Cretaceous sediment. Those dinosaurs that came off the ark died out for the same reasons everything else is dying off: sin. This brings us back to St. George. 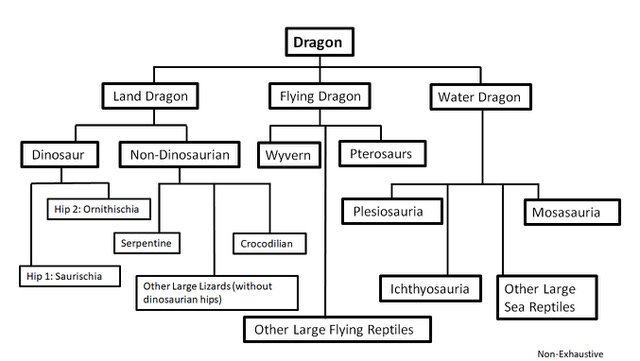 St. George is one of many dragon slayers. But as mentioned, he is arguably the most famous of them—with Beowulf coming in as a close second. His fame is far and wide, and he has become the patron saint of several countries:

I’ve had the opportunity to go through St. George’s chapel, which is on the grounds of Windsor Castle, home of the Queen of England, due west of London. It was beautiful and pristine, but I have no pictures of the interior as they asked us not to take any. 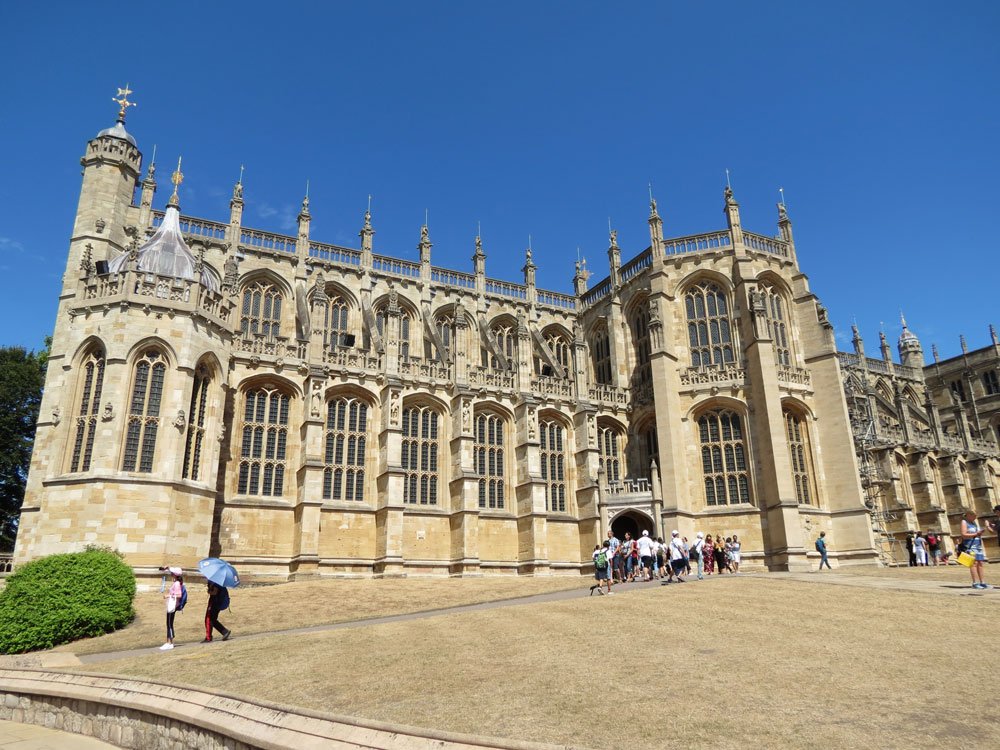 Who Was St. George?

Much of what we know about George comes from various ancient sources in both the East and the West. His popularity was immense early on. Through the ages, some details are varied, but much of what I am ascertaining here is coming from one of the main historical source texts. In the AD 1200s, Archbishop of Genoa Jacobus de Voragine wrote about a number of ancient accounts and people in his book Legenda Aurea.6 It is translated “The Golden Legend,” and yes, this Latin word for gold is the source of the symbol Au in our modern periodic table. In The Golden Legend, we read the account of George and the dragon.

St. George was reared in a Christian home in the Roman Empire in the last half of the AD 200s. He is from the region of Cappadocia, a settlement of Noah’s grandson Meshech in Asia Minor, which we call Turkey today. Others of Meshech’s descendants continued north and settled in regions in Northern Russia and founded Moscow and Estonia, traveling as far north as Finland and mixing with others along the way.7 Cappadocia is famous for its huge, ancient underground cities such as Derinkuyu that were built in the Byzantine Era. 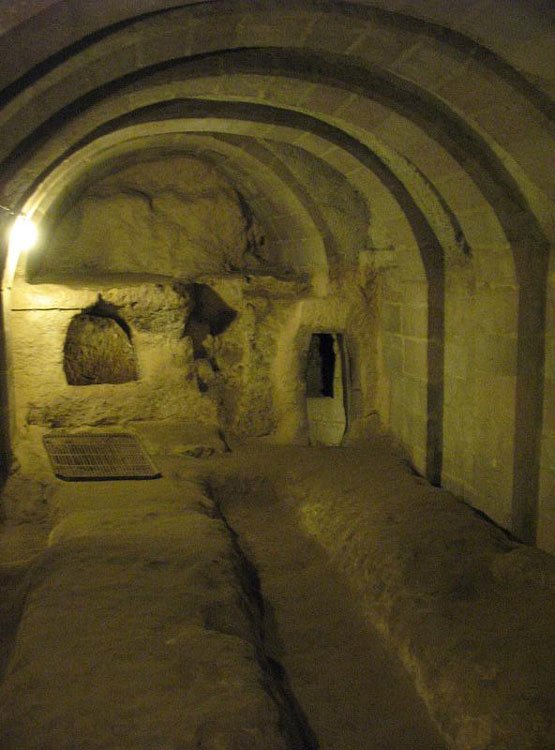 Room in Derinkuyu. Image by stegop, via Wikimedia Commons.

George moved to the Holy Land with his mother after his father had died. George decided to enlist in the Roman army and was eventually elevated to the rank of Tribunus8. This ranking is equivalent to our modern Lieutenant Colonel or Colonel (depending on which level of Tribunus he achieved)—either way, it was at least four levels higher than a Centurion.9

While in the military, George came across the village of Silene in Northern Africa in the province of Libya (near the present-day city of Al-Khums and the nearby archaeological site Leptis Magna). It was a pagan village that had been terrorized by a dragon that had taken up residence in a pond near the town. 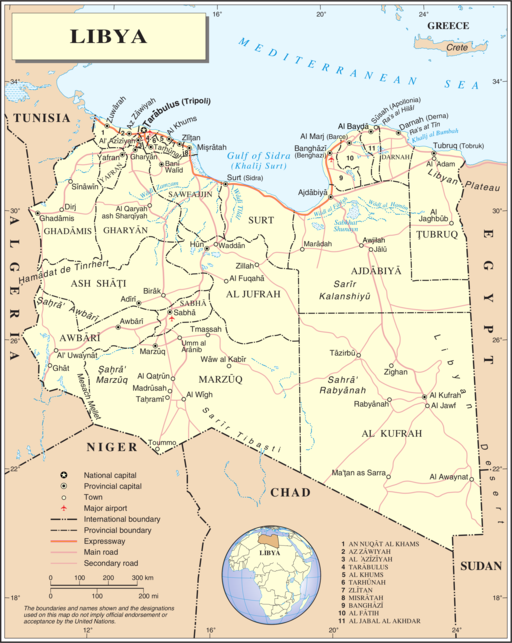 In hopes of appeasing their pagan “gods” to relinquish this terror, the townsfolk began sacrificing sheep to it—two per day. To no avail, they were running out of sheep, and the hungry dragon wanted more and kept terrorizing. The pagan townspeople, by city ordinance, began casting lots to sacrifice their children and youths to the dragon in hopes of satisfying the “gods.”

They began sacrificing their children in hopes of making their own lives better—much the way people today sacrifice their children to abortion for selfish reasons—sadly. One day, the lot fell on the Silene king’s daughter.

It was then that George was passing by the town and inquired to the princess what was happening as she awaited her fate with the dragon. As they were speaking, the dragon came. George took out his sword and spear and, on horseback, went toward the dragon, striking with his spear. But he didn’t kill it; he wounded it.

George then took the wounded dragon, tied a harness around the neck of the dragon, and brought the defeated beast back to the village. He killed the dragon before the king and the people and preached Jesus Christ to these pagans. They repented and received Christ—according to the account it was about 15,000 men that were baptized.

The Union Jack still finds its way into other flags, such as the New Zealand, Australian, and Hawaiian flags.

The Death of St. George

Being in the Roman army did not stop George from being persecuted for his faith. In the late AD 200s, Emperor Diocletian (reigning in the Eastern part of the Empire) and Emperor Maximian (who was appointed to co-reign in the Western part of the Empire) began persecuting Christians. Diocletian was little different from several other anti-Christian Roman emperors that had been vicious to believers in that he allowed his second in command to persecute Christians. 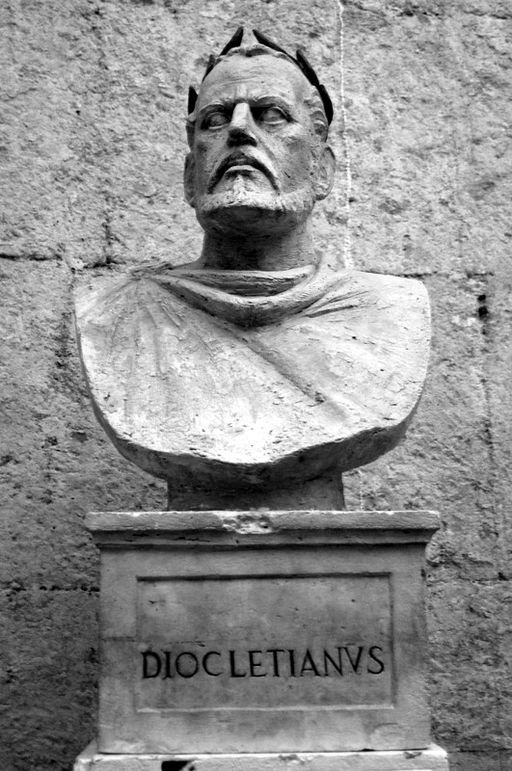 One only needs to be reminded of Nero, who crucified Peter upside down, according to a second-century writing10—hence the famous Christian symbol of the Petrine Cross. This fulfilled what Jesus prophesied about Peter’s death, where his arms would be stretched out and his body girded (John 21:18–19). Nero also beheaded Paul and murdered many Christians. It was written that there were 22,000 martyrs in one month! 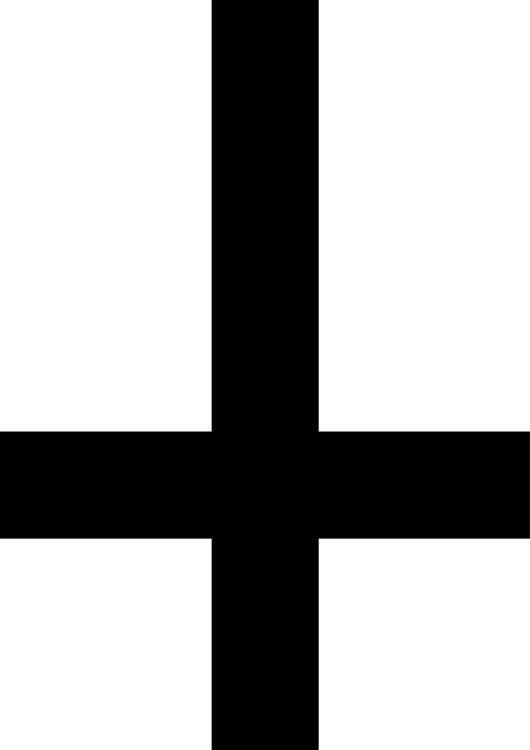 This continued persecution was protested by George. He resigned his military post, sold all his possessions, and gave them to the poor as an objection. An official named Dacian tried to get George to recant his preaching of God and Christ, though he did not even under torture and prison.

He was eventually dragged from the jail through Diospolis/Diaspolin (formerly Lydda or Lidda and originally called Lod, which was built by Shemed of the tribe of Benjamin per 1 Chronicles 8:12) and beheaded. The Golden Legend says it occurred in AD 287, though others report it in AD 303.

George thus joined the ranks of many martyrs who died for their faith in Jesus Christ. St. George’s legacy lives on even today, where many look to his steadfast faith as an example in the face of persecution.

Though there is much we can learn about George and his life, let us not forget Christ, who died in our place to rescue us from sin and rose again to give us assurance of eternal life. St. George understood this. And he loved the Lord so much that he was willing to die rather than to recant Christ. May his example be an inspiration to us all.