The secularists are really upset that the Creation Museum uses dinosaurs to share our Christian faith. They act as if creationists have no right to use dinosaurs. 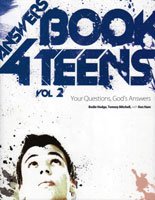 Equip your teens with the Answers Book For Teens Vol. 2!

Recently, I posted the blog item “Do atheists own dinosaurs?” I commented on the widespread response to AiG’s current billboard campaign across America that promotes our Creation Museum. (Below and on page two are just two of the 20 different kinds of billboards now located in several states.)

I began my blog with, “It really has been amazing to see the atheists’ blogs and twitter posts going crazy about AiG’s billboard campaign.” Soon after, the New York Times magazine covered our boards.1

The secularists are really upset that the Creation Museum uses dinosaurs to share our Christian faith. They act as if creationists have no right to use dinosaurs—that these creatures only belong to the secularists. Why do these atheists get so upset and emotional?

One of the 20 types of dinosaur billboards now posted around the country—which are creating quite a stir!

Well, because they are aware that children love dinosaurs, atheists get incensed when we use dinosaurs to get young people to visit the Creation Museum and its several dinosaur exhibits. They can’t stand it that we are deliberately using dinosaurs in our advertising!

For their part, atheists use dinosaurs to try to convince children there is no God—and that evolution and millions of years are fact. At the Creation Museum, we use dinosaurs in the opposite way: to tell adults and children the true history of the world from the Bible, including the gospel message.

One reporter called and told me, “An educator I spoke to said you are intentionally using dinosaurs as a bait to get kids to the museum. Do you admit it?”

My reply, though I did not care for the word “bait,” was, “Of course we are! We’re not just trying to attract children, but dads and moms. We wouldn’t have gone to the effort of building a museum if we didn’t want all people to visit!”

The reporter then said, “Well, the educator I spoke to said what you are doing is false advertising. He says you use dinosaurs to get people in, and then you give them a religious message.”

By the way, when secularists use the word “religious,” they usually mean the Christian religion. What they won’t recognize themselves is that not believing in God is a religion itself—the religion of atheism.

I responded to the reporter by observing that the word “creation” appears prominently on the billboards. It should give a very strong hint about the museum and its teachings, and that it is not pro-evolution.

Furthermore, the Creation Museum’s website is seen on the billboards. When people visit our site, the first paragraph makes it very clear that we present dinosaurs in a biblical context.

For years, evolutionists have been indoctrinating millions of young people and adults in evolution and against the Bible’s account of creation. They don’t care for it at all when we take “their” dinosaurs to teach people the truth about them—from the Bible—and then share the gospel.

I had to smile when I read one atheist’s comments about my blog item “Do atheists own dinosaurs?” This atheist wrote the following:

Maybe the ‘secularists’ don’t own the dinosaurs, but it was them [sic] who did all the discovery, data analysis, and interpretation that Ham is now parasitising for his own gain.

Are the billboards working? Here is an account that one of our staff members shared with me last month.

I talked to a couple from Texas in the museum. They had never heard of the Creation Museum until they happened to see a dinosaur billboard in Kingwood, Texas in June.

They were amused that the board said the Creation Museum was “only” 1035 miles away! They already had plans for a trip to our region, and decided to make a visit to the museum. Also on the same day, a gentleman told me about seeing a billboard in Cleveland, about five hours away, and coming here as a result.

This board in Texas is drawing visitors to the Creation Museum over 1,000 miles away!

Yes, the billboards are working, praise the Lord! Many more people now know about the Creation Museum. What’s more, as the atheists become more vocal about these outstanding billboards, their public opposition has helped fuel news reports across the nation, and more people are now visiting the museum!

I’ve seen it over and over again with the atheist opposition to AiG and the highly evangelistic museum.

But as for you, you meant evil against me; but God meant it for good, in order to bring it about as it is this day, to save many people alive. (Genesis 50:20)

Previous Article How Could Most Scientists Be Wrong? Next Article What Is The Lie?