Navigating Genesis without the Map

Navigating Genesis: A Scientist’s Journey Through Genesis 1-11 is, sadly, a tool for steering the uninformed and the gullible into a shipwreck of faith, not for removing stumbling blocks to faith as the misguided Dr. Ross claims. 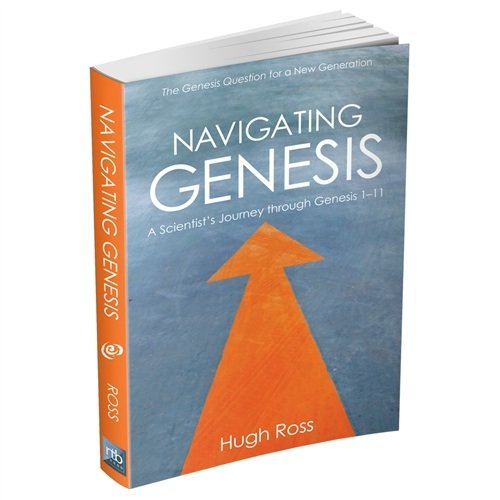 Navigating Genesis is the latest book by Dr. Hugh Ross, founder of Reasons to Believe. As a proponent of a day-age version of progressive creation, he claims to show how the latest evidence from secular science supports what the Bible teaches in Genesis. Unfortunately, Dr. Ross’s rendering of Creation Week bears little resemblance to that found in the Bible. The same can be said of Dr. Ross’s unbiblical version of the biblical Flood. Dr. Ross professes Christian faith and says his book should inspire faith in the Bible. However, because he distorts what the Bible says to wrap Genesis 1–11 around an “old-earth” evolutionary timeline, his book is more likely to create stumbling blocks by giving his readers either indefensible reasons to believe or a host of reasons not to believe.

Dr. Ross—unlike the mainstream evolutionary community—does not believe biological evolution can explain the complexity of life in the world. However, Ross believes God spent billions of years preparing a world in which human beings and the plants and animals that share the earth with us could survive and thrive.

Guided by a seemingly slavish devotion to the secular view of dating methods, Dr. Ross distorts the Bible’s claims about our origins and early history while misrepresenting much of the secular science from which he claims support. His account of our origins is called “progressive creation” or the “day-age” view.

Dr. Ross assigns millions or billions of years to each day in Creation Week (excepting Day Seven, which we’re still in, according to Ross). He believes God used the big bang billions of years ago to bring the universe into existence. He accepts evolutionary beliefs about the physical sciences but runs aground when he tries to make them work without the claims of biological evolution with which they are entwined. He “solves” this problem by proposing that God kept popping into history every few million years to seed the earth with a new batch of life-forms suitable for the various environments evolutionary scientists think the earth had.

Finally Dr. Ross even suggests God created some pre-Adamic soul-less people—the various human varieties with the misfortune to have left their footprints in the fossil record (literally or figuratively) in layers that Dr. Ross deems too early for Adam and Eve to have made their appearance. His view divorces death from sin’s curse and therefore damages the historical and theological foundation for the Gospel. Progressive creation disconnects death from sin’s guilt and the First Adam from the Last Adam (1 Corinthians 15:21–22), Jesus Christ.

God is capable of communicating with us and has told us the truth about our origin in His Word in a way that any humble reader can understand.

Why does Dr. Ross suppose God created bipedal, thinking, feeling, intelligent human-looking beings that were not made in His image? In Dr. Ross’s scripturally groundless estimation, they primarily existed to show beasts that bipedal creatures were scary. He suggests the role of pre-Adamic people was to train animals to be afraid of bipedal creatures so they wouldn’t all get hunted down and go extinct.

Where did this notion come from? Not from Scripture, but from the fact that many animals have gone extinct. Ross says the extinction of animals is a testimony to humankind’s mismanagement of the world. Ross claims that because God knew man would eventually treat the animals badly He headed off the problem by teaching animals to be fearful of bipedal beings before Adam ever was created.

To force a fit between secular science and biblical revelation, Dr. Ross must allow days to overlap and push some creation events out of their scriptural order.

Shrinking away from Scripture

While stretching the 24-hour days of Creation Week to biblically unrecognizable proportions, Dr. Ross shrinks the global Flood recorded in Scripture to a local event intended to punish man for not wanting to spread out as good stewards of the whole world.

Just as Dr. Ross picks and chooses which parts of Scripture to believe and how he wishes to twist their meaning, he picks and chooses which secular scientific beliefs about origins to accept. He more or less accepts secular evolutionary interpretations of astronomy and geology but not biological evolution. As we shall see in the upcoming in-depth book review, even his supposed adherence to a “scriptural” view on this point—the origin of life—is compromised.

By Navigating Genesis with Dr. Hugh Ross, the casual reader—Christian or not—can be sure of emerging from his voyage laden with burdensome baggage: a chaotic mix of misapplied science, straw-man arguments, dubious apologetics, ignorance of what creation scientists actually claim, a creative but incorrect approach to reading the Word of God, and a bizarre re-interpretation of the Bible that bears little resemblance to what God actually says.

Ross’s distorted versions of Creation and Noah’s Flood fit neither the secular view nor God’s eyewitness account. Observable science—unlike Ross’s interpretation of science—does affirm what the Bible records about our origins, our history, and our world in the first eleven chapters of Genesis. Christians—people who trust Jesus Christ to save them eternally from the guilt and power of sin—should also trust that God is capable of communicating with us and has told us the truth about our origin in His Word in a way that any humble reader in any age or culture (Revelation 7:9) can understand.

Though Ross claims to be bringing God glory by revealing that God spent nearly 14 billion years preparing the earth for us, those who imbibe their beliefs from Ross’s word instead of God’s Word will be guilty of calling God a liar just as much as popular atheists do—even if, like Ross, they profess faith in Jesus Christ. Refusing to believe what God plainly said He did does not glorify God.