A new document entitled “How can we answer questions about creation and origins?” recommends teaching both creationism and atheism as part of Religious Education in state schools. There are some benefits to this controversial new document, but there are also some concerns.

The UK government has released a controversial new document on the teaching of Religious Education (RE) in state schools.1 The document is entitled “How can we answer questions about creation and origins?”

If schools follow these guidelines, it will be the first time that both creationism and atheism have been specifically recommended for teaching in any subject in England. While some aspects of the guidelines are welcome, the following should cause concern: 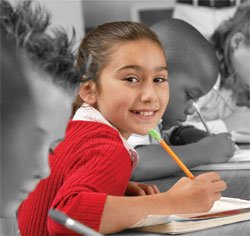 RE in the School Curriculum

The Qualifications and Curriculum Authority (QCA), which released these guidelines,2 has authority only in England. The teaching of RE in Scotland, Wales, and Northern Ireland is the responsibility of the devolved governments or the Secretary of State for Northern Ireland.

Parents are sometimes confused by the position of RE in the school curriculum. The 1944 Education Act made RE a compulsory subject. The 1987 Education Reform Act (ERA), which introduced the concept of the National Curriculum (NC) to England, does not administer RE.

In England and Wales, each local education authority (LEA) is responsible for the RE syllabus that is taught in its schools. The exception is the voluntary aided religious schools, run by Church of England (or Anglican Church in Wales), Roman Catholic, Jewish, Muslim, or Sikh sponsoring bodies that are responsible for the RE syllabus. In “normal” LEA schools, the RE syllabus is written by a committee, known as a SACRE—Standing Advisory Committee on Religious Education. In theory, this body should contain representatives from the LEA and from local religious groups. In practice, the “Christian” on the group is nearly always a local Anglican minister, whose adherence to scriptural values and truth may or may not be forthcoming.

Into this maelstrom of competing influences over RE comes the Qualifications and Curriculum Authority. The QCA is delegated the task of overseeing the NC in England. In Northern Ireland and Wales, the relevant assembly education department oversees the NC directly. Therefore, the QCA does not have authority to determine RE syllabuses. However, it has a strong influence because of its oversight of the other subjects. In view of this, the QCA’s release of a suggested unit is clearly important, especially considering the title of the document, “How can we answer questions about creation and origins?”

Any comparison between creation and evolution does not just belong to Religious Education. There is no reason to duck controversial issues in science lessons.

Current Controversy on Creationism in Schools

Much controversy has been generated over whether creationism should be taught in schools, and where it should be taught. The controversy has been compounded by deliberate misrepresentation in the media. For example, the Guardian newspaper continues to allege that certain faith-based schools within the state sector have banned the teaching of evolution and are teaching creationism only. This allegation is untrue.

In some schools, fair-minded science teachers, whether Christian or not, are prepared to allow pupils to discuss and learn that there are different interpretations of the scientific evidences, but Answers in Genesis knows of no schools where the teaching of evolution has been banned. Indeed, AiG would not support such a move. We want pupils to be taught about evolution. How else will they be able to analyse it critically?

Some commentators have suggested that creationism could be taught in schools, but not in science lessons. The rationale is that creationism and intelligent design are supposedly not scientific positions but religious positions, and are therefore appropriate only for RE lessons. However, the illogic of this position is seen by the fact that RE syllabuses tackle creationism only in comparison to evolution. If evolution were wholly science based, then why is it discussed in RE?

Good Science Teaching Should Include Controversies

Having been a schoolteacher for many years in the state comprehensive system, I know that, if there is one educational buzz-word likely to win plaudits, it is the concept of cross-curricular themes.

It surely follows that any comparison of creation and evolution belongs not just to RE but also to science. Indeed, the Science NC document in England requires that “Pupils should be taught … ways in which scientific work may be affected by the contexts in which it takes place [for example, social, historical, moral and spiritual].”3

A reasonable person reading the Science NC document would suppose that pupils are being invited to discuss issues where faith impinges upon science. Moreover, the Science NC also requires that “Pupils should be taught … how scientific controversies can arise from different ways of interpreting empirical evidence [for example, Darwin’s theory of evolution].”4

There is no reason to duck controversial issues in science lessons. As the teaching of NC statements is not limited to any particular point on the timetable, these statements could be combined with the new RE suggested unit and taught simultaneously, either in RE or science lessons.

The evolution/creation controversy has been addressed in RE lessons for some time, with varying degrees of effectiveness. My own son was recently taught about evolution in RE lessons in the Church of England comprehensive school, which he attends, although no attempt was made to mention either creationism or intelligent design. On one level, the new QCA guidelines are to be welcomed as a formalization of good practice because the units require creationist thought to be addressed.

It can only be positive for pupils to critically examine atheistic opinions.

Indeed, there are some very positive elements in the QCA document. One of the stated aims of the document is to enable pupils to develop the attitude of “being prepared to recognize and acknowledge their own bias.”5 This seems to be closely related to the concept that presuppositions heavily influence our interpretation of origins, a concept Answers in Genesis is keen to teach.

Another attitude that the document wishes to encourage is that of “distinguishing between opinions, viewpoints and beliefs in connection with issues of conviction and faith.”5 The wording of that statement could be interpreted in differing ways. Correctly interpreted, it should lead pupils to understand the presuppositional nature of advocating evolutionism. Incorrectly interpreted, evolution could be presented as if it were fact, and therefore “faith,” in the form of creationism, could be placed in opposition to “fact.”

Some of the teaching suggestions in this document are very good. For example, the section on how people account for their views on origins suggests the following: “What accounts of the origins of the universe do atheists hold? Ask the pupils to create a mind-map of what they already know about evolution and big bang theory as individuals, in pairs or as a whole class. Why is it that not all atheists believe in the ‘big bang’ and not all theists believe in the biblical or Qur’anic accounts of God’s creation of the world?6

It can only be positive for pupils to examine atheistic opinions critically so that they can see that atheism is not the rational choice that its proselytizers, such as Dawkins, suggest.

Where the unit fails is in its choice of suggested resources. The list of resources will clearly influence how a teacher teaches this subject. Evolutionary and atheistic resources and websites are listed, such as Dawkins’ “A Devil’s Chaplain” and his website “World of Dawkins.”

Although Genesis 1 to 3 from the Bible is rightly suggested as a resource, no creationist or intelligent design sources are recommended. The unit does not suggest pupils look at the Answers in Genesis website—a predictable but unfortunate omission.

The list of suggested resources clearly suggests a presuppositional bias in the document, which could easily be addressed by the inclusion of alternative resources, such as the New Answers Book or my own new book, Truth, Lies and Science Education.

Moreover, while I have no objection to the teaching of this unit in RE lessons, it still does not address the important issue of teaching the controversy in science lessons, as suggested by the quotes from the NC above.

As a former schoolteacher, I think the QCA has earned a C+ and could try harder!

Previous Article Do You Know What Your Children Are Being Taught in School? Next Article Biology 101: Dissecting Today’s Textbooks