Today’s top-selling biology textbooks present evolution as the only scientific view of the history of life. Often these textbooks use faulty or deceptive evidences to support evolutionary ideas. Fortunately, students can easily equip themselves with free materials that dissect textbooks and reveal the truth. 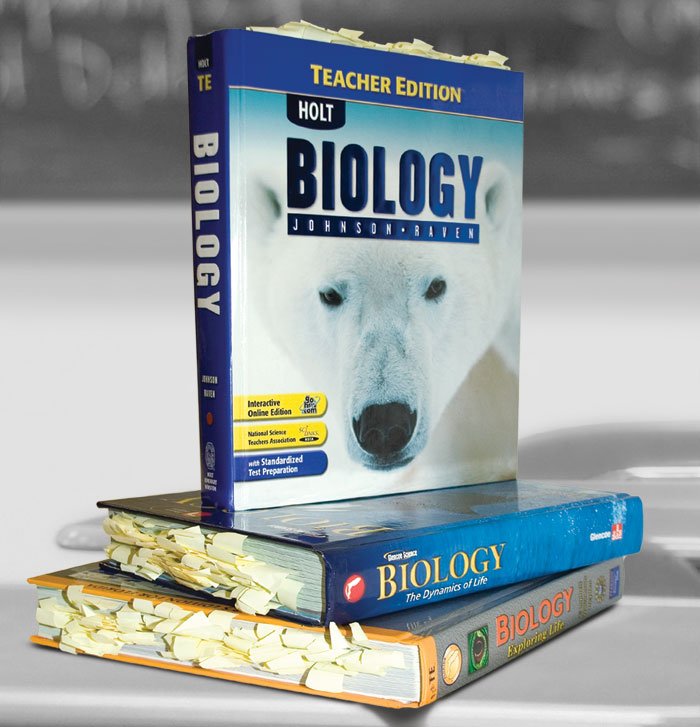 Evolutionary references are flagged with yellow tabs in three of the most popular biology textbooks. It is obvious that evolutionary teaching is woven throughout the entire textbook.

For eight years, I taught biology in a public school. At first, I proclaimed the evolutionary concepts straight from the textbooks.

Then, as a nominal Christian, I began to study the Scriptures. I eventually realized that my belief in God and naturalism were incompatible.

I became aware that the ideas I was teaching my students were not based on science but on a belief system. In time, my understanding of true Christianity grew, and my concern about what I was teaching the students did, too.

I began to encourage my students to use critical thinking skills to decide which belief about origins they were going to put their faith in.

My passion to help students understand the truth about history—and eternity—led me to accept a position at Answers in Genesis, writing curriculum. One of my first tasks was to examine the three most popular biology textbooks used in high schools across the United States, so that I could write a guide for students sitting in classrooms like the one where I once taught.

Highlighter and sticky notes in hand, I pored over the biology textbooks. Five thousand pages later, I had enough notes to write the guide.

Even though I had used the textbook published by Holt in my classes, I was amazed to see how thoroughly evolutionary ideas littered the book. Moreover, I was surprised to see just how flimsy the arguments really were. 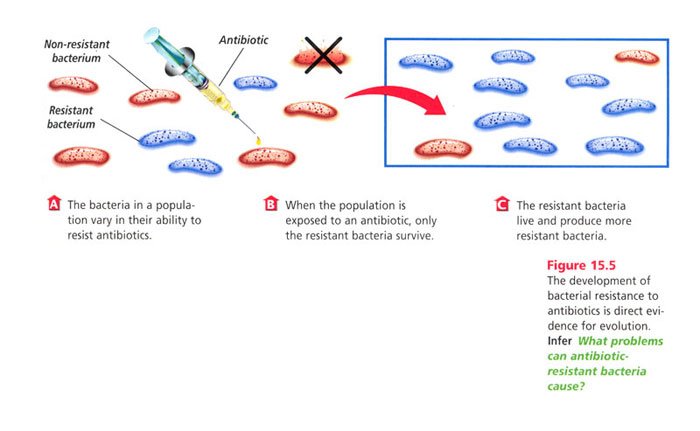 Antibiotic resistance is given as “direct evidence for evolution” according to the above illustration that appears in the Glencoe Biology textbook. (From Glencoe Biology, page 399)

Thanks to the work of creation biologists in recent years, the answers to common evolutionary arguments are readily available—they just have not been organized into a format that is easy for students to use.

So in preparation for my book, I reviewed and summarized hundreds of articles and books. Within each chapter of Evolution Exposed, I discussed the topic from both the evolutionary and creationist perspectives.

All three textbooks present evolution as the only scientific view of the history of life on earth. The assumed authority is summarized in the statement “most scientists.” Those two words are used to persuade students that evolution happened and that science is just trying to understand the details.

Two of the textbooks do mention that some individuals believe in special creation, but the idea is not discussed as a scientific alternative to naturalistic evolution.

One common argument used to support evolutionary theory is that populations change as mutations are acted on by natural selection. Students are supposed to believe this observable phenomenon can change amoebas into men, an unobservable process.

The books present many evidences that have been discredited by scientists. One idea presented as “evolution in action” is antibiotic resistance in bacteria.

Some bacterial populations naturally contain individuals that are resistant to antibiotics.

In other cases, mutations can cause the resistance, often resulting in a loss of genetic information. Students are told that this type of change, when allowed to accumulate over millions of years, leads to the evolution of one kind of organism into another. However, a loss of information cannot be evidence for evolution because evolution requires new information to produce new organisms and structures.

Mutations are presented as the “raw material” for evolution over millions of years, despite the fact that science has demonstrated that mutations do not add the substantial amounts of information to the genome that evolution requires. (See Antibiotic Resistance of Bacteria: An Example of Evolution in Action?.)

Another evidence that “proves” evolution is the similarity (known as homology) in bone structure in the forelimbs of certain animals. 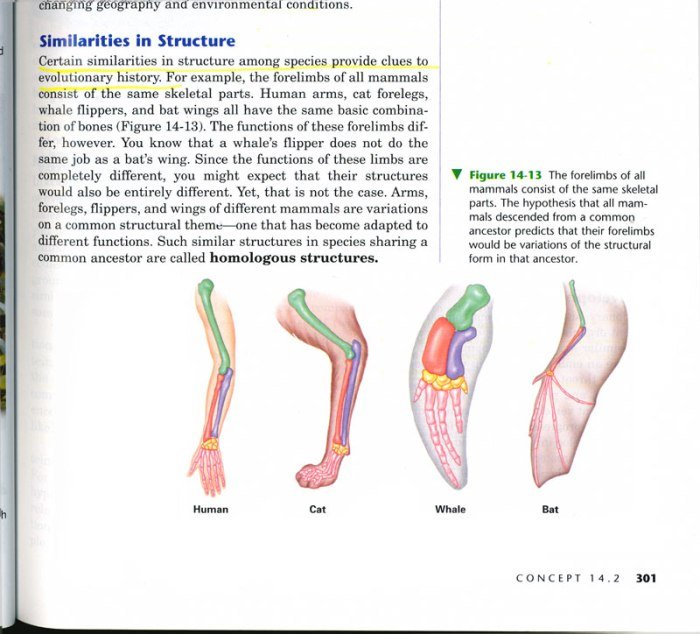 The textbooks present drawings of color-coded bones of humans, bats, alligators, and birds to argue that all of these animals must have had a common ancestor.

They claim that evolution operates as a remodeler so that bones in closely related animals are modified over time to serve different functions. However, this similar structure is just as compelling evidence for one common Designer, who left His mark in all His designs.

Because the idea of a Designer is supernatural, however, the textbooks exclude this possibility, deeming it unscientific.

Other faulty or deceptive evidences used in the textbooks to support the idea of evolution include transitional forms, feathered dinosaurs, unbroken fossil sequences in the geologic column, radiometric dating, DNA sequences, protein similarities, vestigial organs, peppered moths, and the Miller-Urey experiment. All of these have serious shortcomings, as highlighted in creationist writings.

The New Evidence in Textbooks? 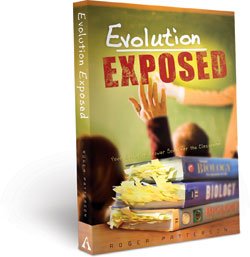 The book Evolution Exposed identifies the evolutionary content used in America’s major biology textbooks and then provides the creationist view in each instance.

When it comes to the presentation of evolution, textbooks have changed little in the last thirty years. The only real change is the frequency of references and references to findings from new technologies that have supposedly generated new evidence.

Because almost every ninth- or tenth-grade student in America takes a biology class and is confronted with the “fact” of naturalistic evolution, they need to be equipped to understand why evolution fails as a scientific theory and how it directly contradicts the truth we find in the Bible.

I hope that Evolution Exposed will be a helpful tool in the war against the indoctrination of students in government-sponsored public schools.

Visit www.answersmagazine.com/go/evolution-exposed to read a Q & A with the author of Evolution Exposed and to read this entire book.