by David Down and Dr. John Ashton on November 12, 2009
Featured in Unwrapping the Pharaohs
Share:
Email Using:
Gmail Yahoo! Outlook Other

Including his co-regency with Hatshepsut, Thutmosis III ruled for 54 years, but before his death he took the precaution of crowning his oldest son, Amenhotep II, as the next pharaoh.

Amenhotep aspired to follow in his father’s military footsteps, and early acquired skill with his bow and arrow—and in racing his war chariot. His inscriptions extolled his prowess: 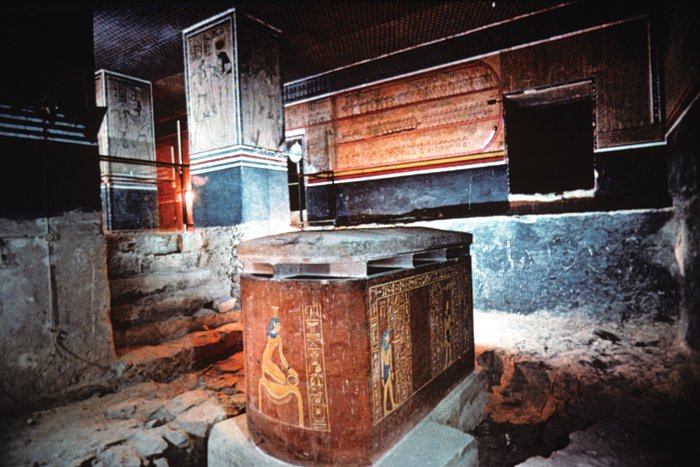 The tomb of Amenhotep II contains his beautiful sarcophagus in which his body was found. Apart from Tutankhamen, his was the only mummy of a pharaoh that was found in its original tomb. The mummies of other pharaohs were also found in this tomb.

He seized his bow and grasped four arrows at once. He rode northward shooting at the targets like Montu in his regalia. His arrows came forth from the back of one of them while he attacked another. And that is a thing indeed which had never been done or even heard of, that an arrow shot at a target of copper came forth from it and dropped to the earth. Now then his majesty appeared as king, as a beautiful youth who was well developed and had completed 18 years upon his thighs in strength. He was one who knew all the works of Mont; he had no equal on the field of battle. He was one who knew horses; there was not his like in this numerous army. Not one of them could draw his bow; he could not be approached in running.1

He was eager to emulate his victorious father in military conquests, and on his accession to the throne made several incursions into Palestine and Syria, and he was ruthless in his dealings with his enemies. He claimed that he had slain seven princes with his own hands and brought their bodies back to Egypt, triumphantly displaying them suspended, head down, from the prow of his boat. Back home, he fastened six of them to the city wall at Luxor. 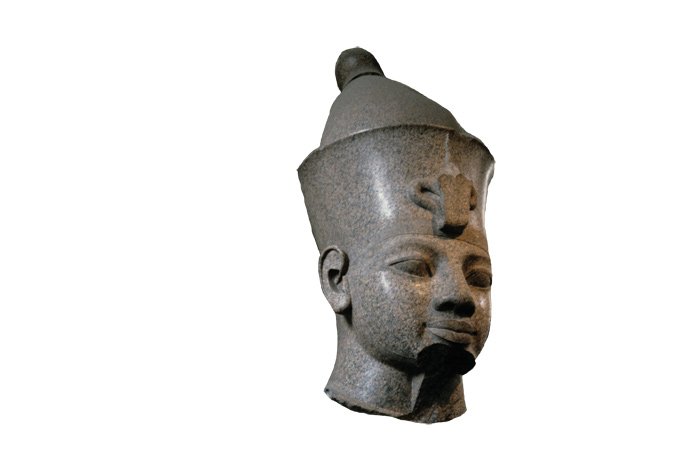 This large head of Amenhotep II is in the British Museum.

From his second campaign, he boasted of the towns he had plundered, the huge amount of booty he had taken, and the 89,600 prisoners of war he had captured, but his invasion in his ninth year seemed to be a bit thin on results. It went no farther north than south and central Palestine, and he could boast of returning with only two horses, one chariot, and some bows and arrows. Velikovsky suggests that this was an admission of defeat, and that would be consistent with the biblical record by this revised chronology.

King Asa of Judah was Rehoboam’s grandson. “And Asa had an army. . . . Then Zerah the Ethiopian came out against them with an army of a million men and three hundred chariots, and he came to Mareshah” (2 Chronicles 14:8–9). Asa knew that he was hopelessly outnumbered and that he was doomed to defeat unless he got help from his God, so he pleaded for divine intervention. According to the biblical record, “The Lord struck the Ethiopians before Asa and Judah, and the Ethiopians fled” (2 Chronicles 14:12). 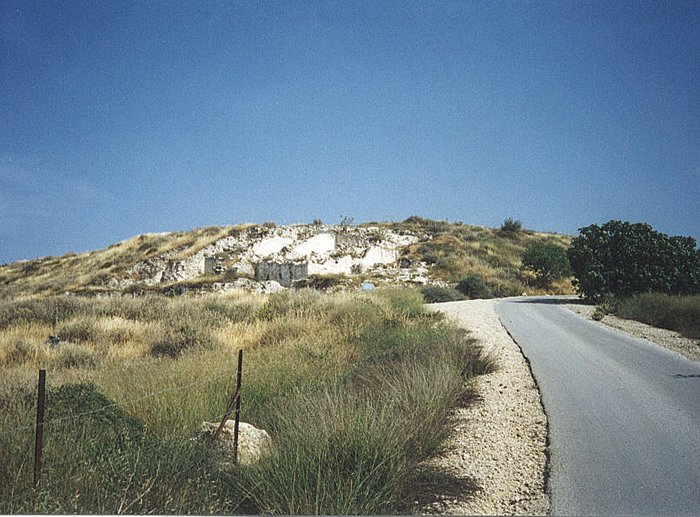 Seen from the north, this is the hill on which Mareshah stood.

By the usually accepted chronology, this record cannot be supported. The word from which Ethiopian comes is Kush, meaning southern Egypt, or the Sudan. At this time there was no Kushite who could have raised an army of a million men, but the 18th Dynasty had their main center at Luxor in southern Egypt, and the chronicler might well have classed him as a Kushite. It could well have been Amenhotep II who beat a hasty retreat from Mareshah.

Amenhotep II was not a conspicuous builder, but he left several statues of himself, including an unusual group now in the Egyptian Museum. It depicts him standing under the protection of the head of the cow goddess Hathor, and also kneeling under the cow’s body, drawing nourishment from its udder. He must have been a devout worshiper of Hathor.

Amenhotep achieved more fame from his tomb than from his battlefield. He was buried in the Valley of the Kings and had a beautiful sarcophagus which is still in his tomb, and his was the only mummy, apart from Tutankhamen’s, which was found in its original tomb. 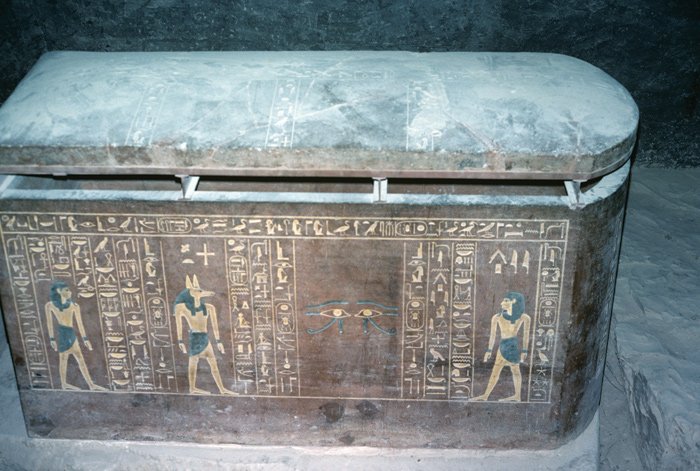 This beautiful sarcophagus contained the mummy of Amenhotep II. Apart from Tutankhamen, his was the only mummy found in its original tomb.

The kings from the 18th Dynasty onward had been buried in tombs cut out of the cliffs in the Valley of the Kings, but the devastating tomb robbers soon did their work and most of the treasures from these tombs were looted. The priests of the 21st Dynasty decided that it was impossible to protect these tombs, and so set about gathering all the mummies together and buried them in a tomb that would not be molested. They chose the tomb of Pinudjem, over the hill from Hatshepsut’s temple, to bury most of them.

In 1881, authorities in Cairo became aware that some valuable artifacts from these dynasties were finding their way onto the antiquities market, and they rightly suspected that a tomb had been found by modern tomb robbers. Some good detective work led to the arrest of these tomb robbers, and the mummies of the pharaohs which had been recovered were transported down the Nile to Cairo. Here they were confronted by rather a bizarre problem. 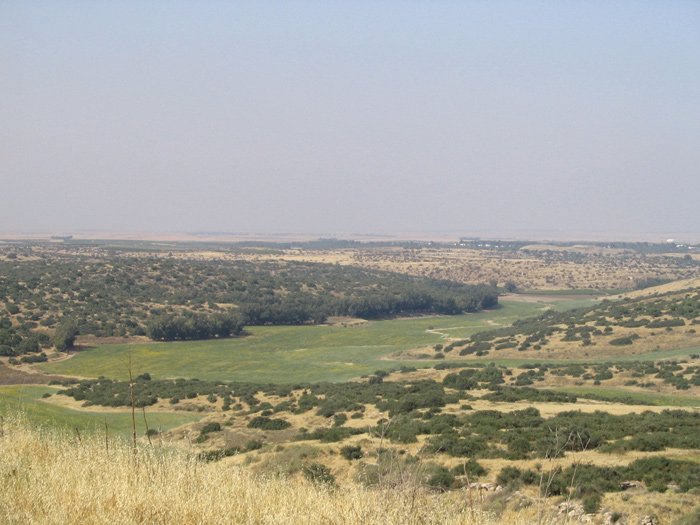 Mareshah was an important city of Judah in the pre-Christian era. From the top of the hill on which Mareshah was built can be seen a valley along which the million soldiers and three hundred chariots may have come.

Governments and city councils being what they are, all goods coming into Cairo were subject to a levy which was imposed on goods of various categories. When the mummies arrived, the authorities were perplexed as to how to classify these imported goods. Nothing seemed to fit the description. Finally, in despair, they classified them as dried fish, and taxed them accordingly. The mummies ended up in the museum and can today be seen by tourists willing to pay the extra admission charge imposed by the museum.

The remainder of the mummies that had been gathered by the priests of the 21st Dynasty were interred in the tomb of Amehotep II, and miraculously they remained there undisturbed until the year 1898, when Victor Loret discovered the tomb. Another side chamber contained three mummies, a male, a young female, and an older female, possibly Queen Ti, the wife of Amenhotep III. In 2003, Dr. Joanne Fletcher did some research on the younger female and claimed that it was the mummy of Nefertiti. Dr. Zahi Hawass hotly denies this identification.

Beside the sarcophagus of Amenhotep II was his beloved bow. When Loret first found the tomb, the mummy of Amenhotep was in good condition but, subsequently, thieves broke into the tomb and tore his mummy to shreds, presumably searching for any valuables which may have been wrapped in the bandages.