How Did Snakes Get Their Venomous Bite?

If God called His creation “very good,” then why does it include dangerous venomous snakes today? Are secular researchers on the right track as they examine the snake genome in order to find clues about gene evolution in humans? The answer is clear when you start with God’s Word and remember that there are two kinds of science.

The answer is clear when you start with God’s Word and remember that there aretwo kinds of science.

According to Nature World News, “a new study details the evolution of snakes and how they came to boast a venomous bite, challenging the conventional view of how the species got their toxic label.”1 Rather than just studying the genes related to venom production as previous studies have done, this study “used the genome to look at the rest of that picture” throughout the snake’s whole body. Researchers are hoping that this new study will help “lead to improved anti-venom treatments as well as shed light on gene evolution in humans.”

Now, improving anti-venom treatments because of a better understanding of snake genes is observational science because it’s observable, testable, and repeatable. But examining these genes to try and understand how genes supposedly evolved in humans or how snakes supposedly evolved their venom is a different kind of science—historical science. This kind of science is not directly testable, observable, or repeatable. What you believe about earth’s history will largely determine how you interpret the evidence. In trying to make these evolutionary conclusions, the researchers have stepped outside the realm of observational science and are entering into the area of historical science.

These researchers are also looking at snake venom from the wrong starting point! Contrary to the naturalistic ideas of many scientists, there never was “a core venom system [that] developed at one point in the evolution of snakes and lizards.”2 There is no need to appeal to naturalistic processes to explain the complex structures and elements necessary for venom production and delivery. Venomous snakes show clear examples of having been designed. But how should we understand killer designs from a loving Creator? 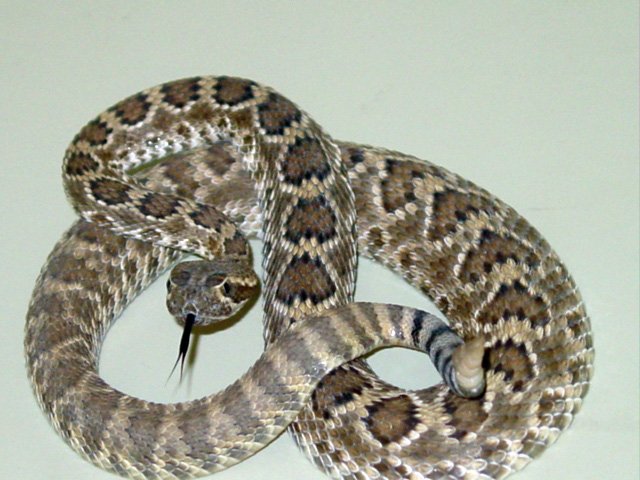 Well, Scripture tells us that originally all of creation—including snakes—was “very good” (Genesis 1:31). Genesis also says that the animals (and Adam and Eve) were originally vegetarians (Genesis 1:30). So in a perfect world there was no reason for snakes to kill or harm other creatures with venom. It wasn’t until after Adam and Eve sinned and death and suffering came into the world that defense/attack structures, like venom, were necessary. These structures may have had a good purpose in the original creation and then were used for new purposes after the fall, or they may have been expressed sometime after the fall (mediated design) as snakes adapted to a fallen world.

Either way, deadly venom and the pain, suffering, and death caused by other attack structures are clearly consequences of the fall and the curse—not an original part of a “very good” creation! And Scripture talks about a coming time when we will no longer have to fear snakes’ venom: “the nursing child shall play by the cobra’s hole, and the weaned child shall put his hand in the viper’s den” (Isaiah 11:8).

Whether you start with man’s word or God’s Word makes a huge difference in how you interpret the world around you. If you start with man’s word, then death and suffering have always been part of nature and always will be—they are the very things that are supposed to drive evolution. But if you start with God’s Word, you get an entirely different picture. Death and suffering were not an original part of creation. They are the result of mankind’s sin, and someday they will be removed from creation.