Olympic Dreams for a Dutch Ark

Imagine what the reaction would be if Noah’s Ark suddenly appeared on the Thames River, sailing toward London.

Mr. Huibers first gained international attention four years ago after completing his first “miniature” Ark (measuring 230 feet [70 m] long).2 This time he built an even bigger Ark, with an even bigger vision for challenging skeptical Europeans by showing the reasonableness of the Bible’s account about the Flood and Noah.

The 60-year-old builder from the Netherlands has dreamed of this day for nearly two decades. The new ship, docked near Rotterdam, took three years to complete.

Unlike Noah’s Ark, however, it was built on a steel frame. 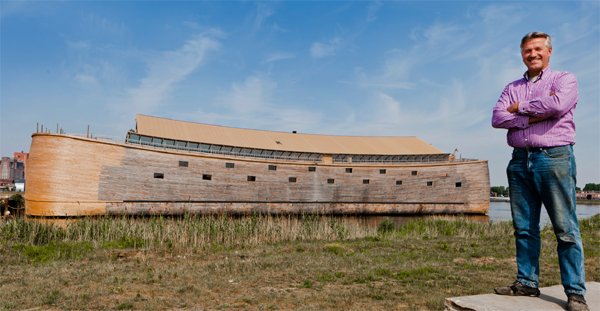