How Much Water Was On Board the Ark?

on April 13, 2015
Featured in Thinking Outside the Box
Share:
Email Using:
Gmail Yahoo! Outlook Other

We know there was plenty of water outside the Ark during Noah’s Flood. But have you ever thought about how much water Noah and his family would have needed on board and how they would obtain it?

Of course, they would need drinking water for themselves and all the animals. Water would also have been required for bathing and for washing clothes and dishes. Noah’s family could have used it to clean out some of the animal stalls, and some of the amphibians would have occasionally needed their water to be switched out. 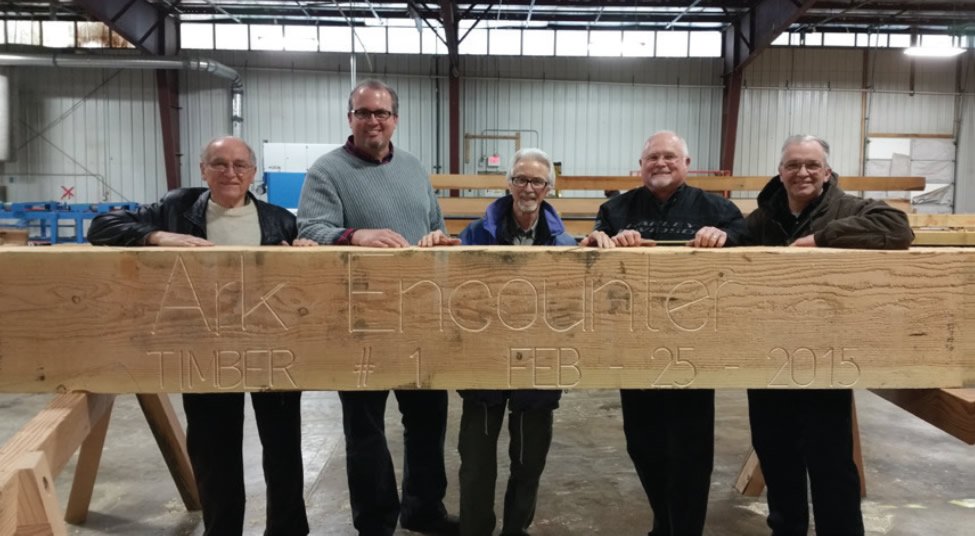 In Colorado recently, the first beam was cut and commemoratively engraved to be placed inside the life-size Noah’s Ark in northern Kentucky! (l-r: Leroy Troyer and Todd Geer of Troyer Construction; Patrick Marsh, Mike Zovath, Leroy LaMontagne of AiG/Ark Encounter)

At the Ark Encounter, now under construction in northern Kentucky (see associated photo above), we have calculated approximately how much water would have been required for all of these activities. The Ark had more than enough space to comfortably house cisterns large enough for one-fourth of the required water, which is equivalent to roughly a three-month supply. Actually, there is enough space for even larger cisterns, but to keep the water from becoming stagnant it is better to continually replenish a smaller amount.

So where did all this fresh water come from? Noah could have used the Ark’s roof to collect and funnel rain to large cisterns. From there, the water could be piped to locations throughout the Ark.

Undoubtedly, there was enough rain during the initial phase of the Flood to keep the cisterns full, but would there be sufficient rainfall during the rest of the time they were on the Ark? Our calculations show that just one inch of rain per week would have kept the cisterns stocked. This is about the same amount as the average precipitation in Kentucky. The evaporation of warm floodwaters would have likely caused more than enough rain to fall during the remainder of Noah’s time on the Ark, ensuring they had plenty of water.